The founder of Hootsuite has now developed a new and inexpensive tool to keep workers comfortable at their desks.

The Oristand is a $25 (USD) standing desk made of cardboard that easily collapses and requires no complicated assembly. It was created by Ryan Holmes, founder of Hootsuite, Steve Suchy, and Nathan Martell after Holmes developed a sore back working at his traditional desk. He used some spare cardboard to create a make-shift standing desk, and the rest was history.

The cardboard stand weighs about two pounds but can hold the weight of any laptop and keyboard and is best suited for anyone between five and six feet tall. It’s also 100% recyclable, but the only downside is the risk of spilling a coffee or other liquid, which may leave a stain or a wrinkle or two.

“Many companies want to provide stand up desks as an option to enhance the work environment and promote the overall health and well-being of employees, however cost is a big barrier,” said Holmes. “The investment is simply not feasible for many small-to-medium sized businesses. We wanted to create a product that would solve this problem for both companies and employees.”

The project is all about promoting more flexible work environments suited to different tastes and budgets. While many may prefer sitting, a stand-up desk has been found to increase leg strength, burn calories, and prevent cardiovascular disease or an early death.

Harvard Business Review reports that out of more than 100,000 men and women across the United States, those who sat for at least six hours a day were more likely to die over the course of the 14-year study than those who sat less.

Do you prefer to sit or stand while you work? 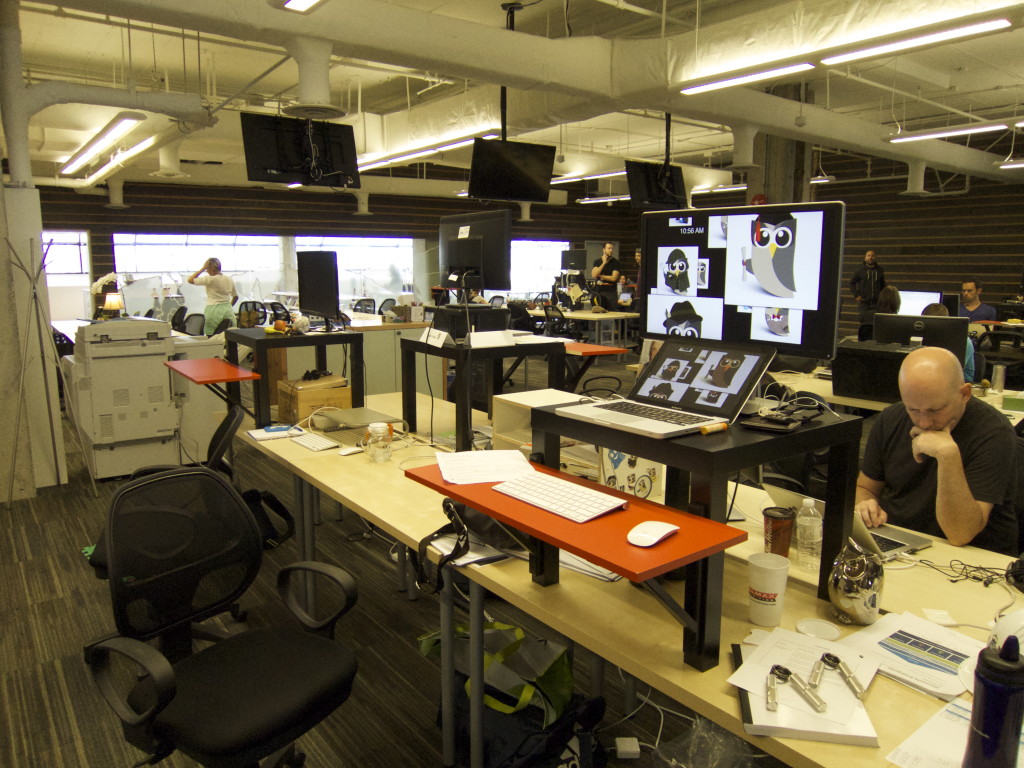 The original stand-up desk concept seen in the Hootsuite offices in 2014: an Ikea side table joined with an Ikea shelf.

The Oristand from collapsed state to functional in under 10 seconds.