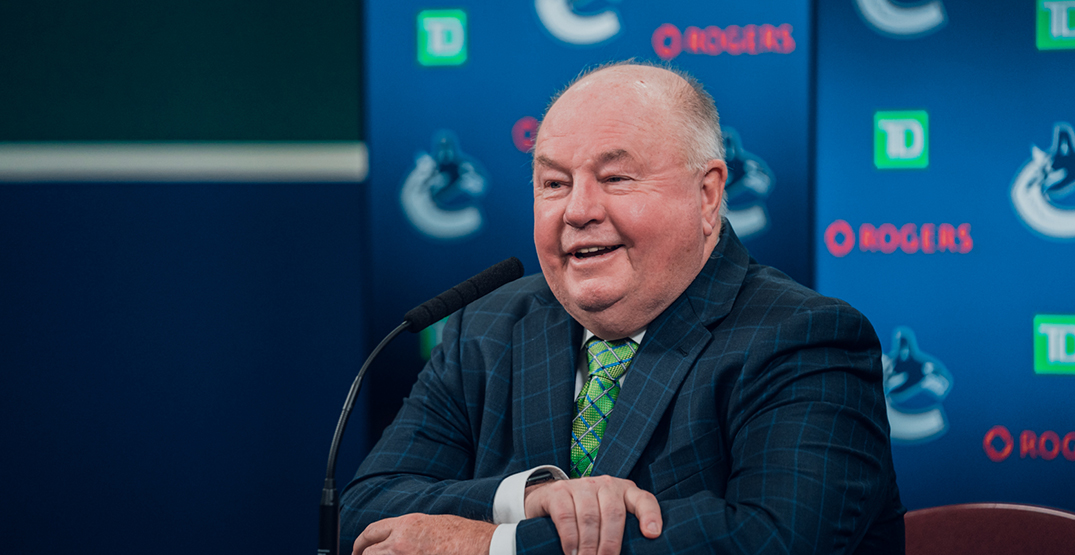 If the honeymoon period isn’t over yet, it will be should Bruce Boudreau not be back next season as head coach of the Vancouver Canucks.

I know Blake Price and others have differing views on this, and so be it.

But for my money, if you let Boudreau walk after he’s guided the Canucks to a 24-13-8 record, a .622 clip, it will be a sign of instability, or maybe, too many cooks in the kitchen.

Because many will pin the tail on ownership saying it was bad process to hire Boudreau before Rutherford — even if the latter gave his blessing.

And others will surmise that the Canucks refuse to buck up and extend Boudreau because they are already paying Travis Green not to coach and don’t want to meet Bruce’s price tag — this after he sold himself cheaply on the way in.

Still, others will say the Canucks front office is so beefy with Rutherford, GM Patrik Allvin, and others — that it lacks clear decision-making direction.

I’m not sure what the issues are, but Elliotte Friedman speculating on his podcast that Boudreau may not be back is rife with pitfalls for this new administration.

Number one, you better have somebody equal or better to replace.

Number two, it’ll lead to questions about working at Canucks Sports and Entertainment, and perhaps hurt you with qualified people going forward.

Number three, you will have upset a significant portion of the fan base who love the guy and have been chanting his name at Rogers Arena.

Look, if Boudreau isn’t Rutherford or Allvin’s guy, if you don’t want to pay him, if you don’t think he’s the right guy to go through a small-R rebuild or lead a younger group, so be it.

So long as you understand what you unleash in the market, and that you bring your honeymoon period to a close.