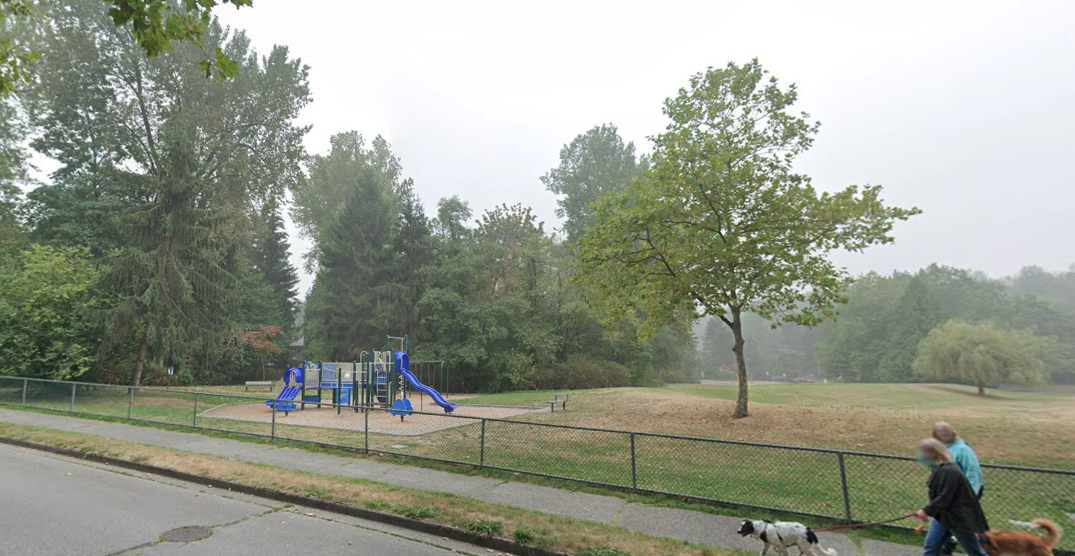 Homicide detectives are appealing to the public to help identify a burned body that was found in a Burnaby park near a playground early Thursday morning.

The deceased person was apparently lit on fire before being left in Greentree Village Park. Burnaby RCMP responded to the scene around 2 am, before the Lower Mainland Integrated Homicide Investigation Team tweeted later in the morning they were taking over the case.

#IHIT has taken conduct of a new file in the 4300 block of Garden Grove Drive, #Burnaby, where human remains were found. Media availability at the scene later this morning. Time TBA.

Police say the victim was a woman under five feet tall, but they don’t know who she was.

“The priority for investigators is to identify this victim,” Detective Lara Jansen said in a news release.

After speaking with neighbours, police say the woman may have been in the area up to two hours before witnesses reported the fire.

The woman may also have been driving or riding in a dark-coloured small or mid-sized SUV or hatchback-style vehicle.

Anyone with information about what happened is asked to contact IHIT at 1-877-551-IHIT (4448) or by email at [email protected] Anonymous tips can also be left through CrimeStoppers.