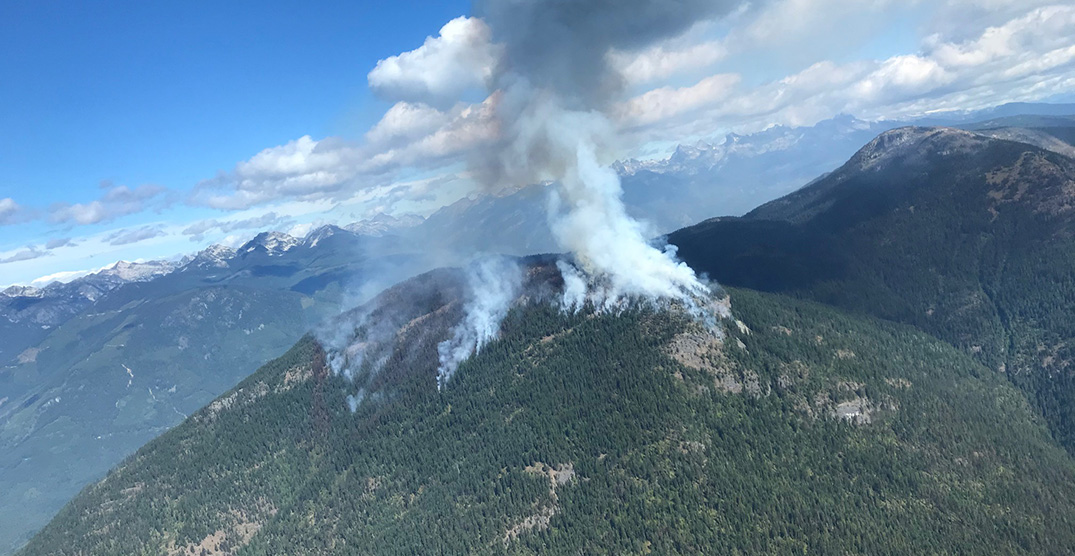 Over 300 homes have been placed on evacuation alert in BC as winds increased the activity of a fire near Talbot Creek.

According to the BC Wildfire Service, the blaze is in the Slocan Valley, approximately 3.5 km northwest of Hwy 6 and about 30 km north of Castlegar. It spans 200 hectares at time of writing.

The Regional District of Central Kootenay declared the blaze a fire of note on Saturday, and has issued an evacuation alert for 305 homes in the communities of Lebahdo, Little Slocan, Passmore, and Vallican.

“All residents must be prepared to leave their homes at a moment’s notice in response to the Talbot Creek Wildfire,” the district said in its alert.

Emergency services in the province report that there are currently 74 firefighters combatting the blaze, with support from six helicopters and seven pieces of “heavy equipment.”

While an area restriction is not currently in effect for the Slocan River, BC Wildfire service cautions that helicopters are filling buckets in the area and to be “cautious and mindful around these operations.”

The alert comes after last week, when the Dunbar Creek Wildfire near the town of Radium Hot Springs led to the Regional District of East Kootenay ordering an immediate evacuation of the area.