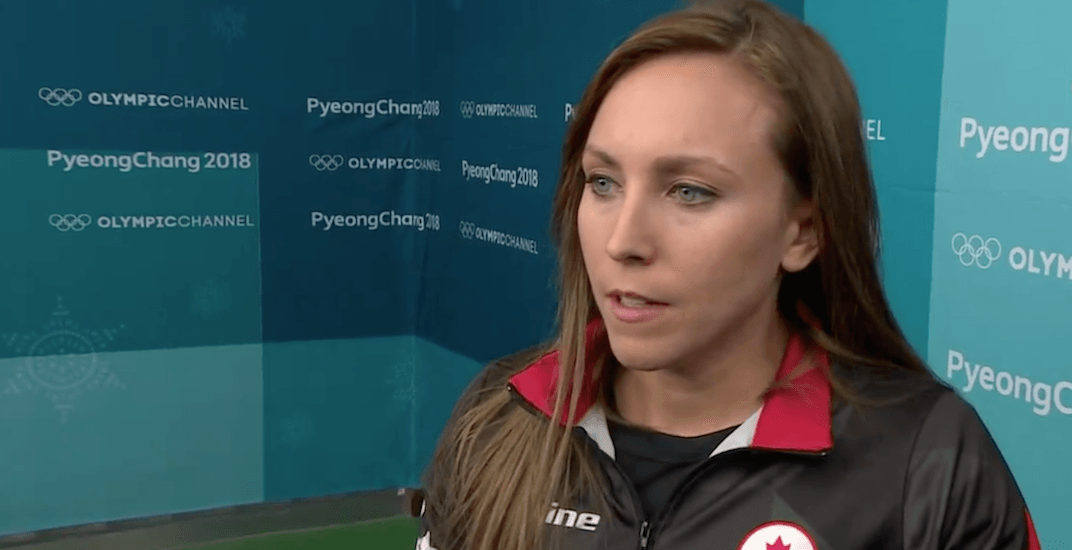 It’s been a rough ride for our men’s and women’s curling teams in PyeongChang.

In a country used to dominating the sport, Canadians are in disbelief watching our teams struggle on the world stage.

Since curling was reintroduced to the Winter Olympics in 1998, Canada has won a medal in every single event ever held – five men’s, five women’s, one mixed.

That streak came to a screeching halt on Tuesday night.

“We left everything out there and tried our hardest,” said Rachel Homan, as the dejected Canadian skip tried to answer difficult questions after an unthinkable result.

Not only will Homan’s rink not win a medal, they won’t even play in the semi-final. A 6-5 loss to Great Britain sealed the fate of the women’s team – giving them their fifth loss of the round robin.

Team Canada began the tournament with an 0-3 record, which proved to be too big a hole to dig themselves out of. They finished tied for fifth place with four wins and five losses.

The worst round robin record ever recorded by a Canadian curling team (men’s or women’s) prior to this year was 6-3.

When we missed out on a medal in men’s hockey in 1998, a national summit was called to fix the game in Canada. Perhaps the same will happen for curling.

“The field is really steep. There are really great teams and it’s definitely a really competitive field on the women’s side.”

Has the world caught up to Canada? Perhaps, although Homan’s team missed a number of shots that we expect our curlers to make.

The loss to Great Britain was very anti-climatic:

The post-match interview was difficult to watch, as Homan squirmed. Colleen Jones, a former two-time world champion curler who now works for the CBC, grilled her.

“When did you know the 10th end was coming off the rails?”

“How much navel gazing will Canadian curling fans do in a sport where they’re used to gold?”

“How disappointed are you?”

“We gave it our all”

As a journalist, you can understand why Jones asked difficult questions.

But this is the Olympics, and Canadians are firmly on their athletes’ side. As upset as curling fans had to be with Homan’s performance, they came to her defence.

The responses to the video posted on Twitter by CBC, which included former gold medal figure skater Jamie Sale and Stanley Cup winner Craig Simpson, were overwhelmingly sympathetic to Homan, and angry at the interviewer.

Rachel you handled that interview very well! As an Olympian there’s nothing more difficult than talking to the press after a tough loss…and those questions ??? 🤔Our hearts go out to you and your team ❤️🇨🇦😘

I can’t imagine moments after losing the Stanley Cup, having to answer those questions fresh off an emotional elimination loss. An amazing year of curling by Homan team to get to represent our country. Great composure Rachel. What doesn’t break us, will make us stronger. #CAN🇨🇦 https://t.co/z63P7YyWMv

I can't believe this interviewer. What horrible questions to ask. "How much navel-gazing will Canadian curling fans do in a sport where we're used to gold"????? Um, none? @TeamHoman Canada loves you, win or lose. You did us proud.

Savage, unprofessional, and un-Canadian questions asked to @RHoman89 of @TeamHoman 🇨🇦 You gave your all for Canada and no one can ask for more than that 🇨🇦 #PyeongChang2018

Think about how hard it was to give that interview for @RHoman89 . Pure class, @TeamCanada @TeamHoman.

Embarrassing and terrible interview from CBC and Colleen Jones. @TeamHoman You guys never stopped fighting and made Canada proud! 🇨🇦

It didn’t go our way this week but we left it all out there. We want to extend a heartfelt thank you to all of our fans for their continued love and support of our team. It is a tremendous honour and privilege to wear the Maple Leaf. 🇨🇦 ❤️ #pyeongchang2018

With a 6-3 record in the round robin, Kevin Koe and the Canadian men’s curling team had better results – though still not by our country’s standards. They can redeem themselves of course, needing two more wins for the gold medal.