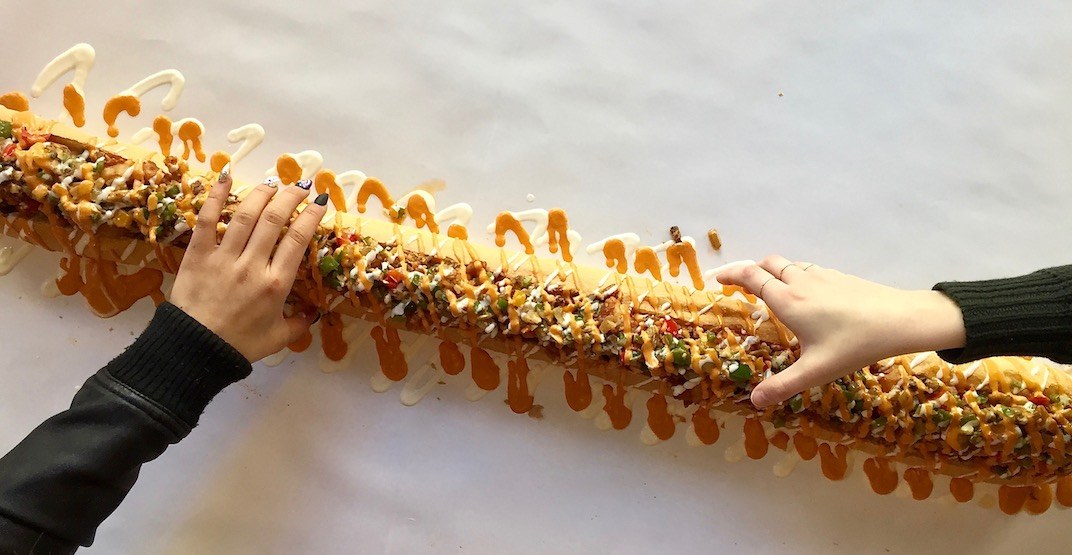 We’re familiar with the regular lineup of infamous monsters: Sasquatch, Godzilla, King Kong, Loch Ness – but now, there’s a new monster in town, and you’ve never seen anything like it before.

The Holy Crab has concocted an event like no other – The Monster Roll Challenge.

Running from October 31 to November 30, the eatery is inviting groups of two participants at a time to finish the Monster Roll as fast as they can and under five minutes. 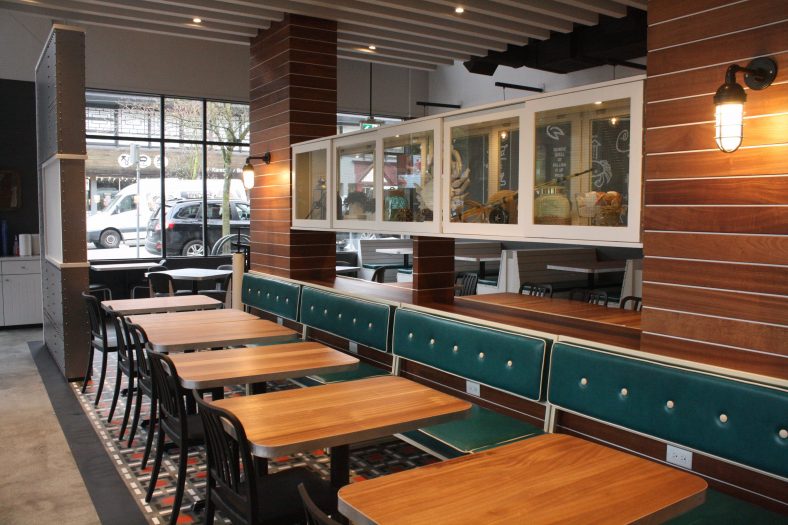 The roll itself is a mammoth creation – wonderful and terrifying at the same time. It’s made with shrimp, crab, fish fingers, calamari, soft shell crab, bell peppers, onion, garlic, cajun sauce (your choice of heat level), and mayo. All these ingredients will be stuffed into a 36-inch bun.

Do the math and that’s a a seafood roll with a length of three feet and a weight of approximately five pounds.

The roll will be sliced down the middle and each individual will be required to eat exactly half of the monster. Both contestants will need to eat everything on their half, meaning the table must be clean for the timer to stop. 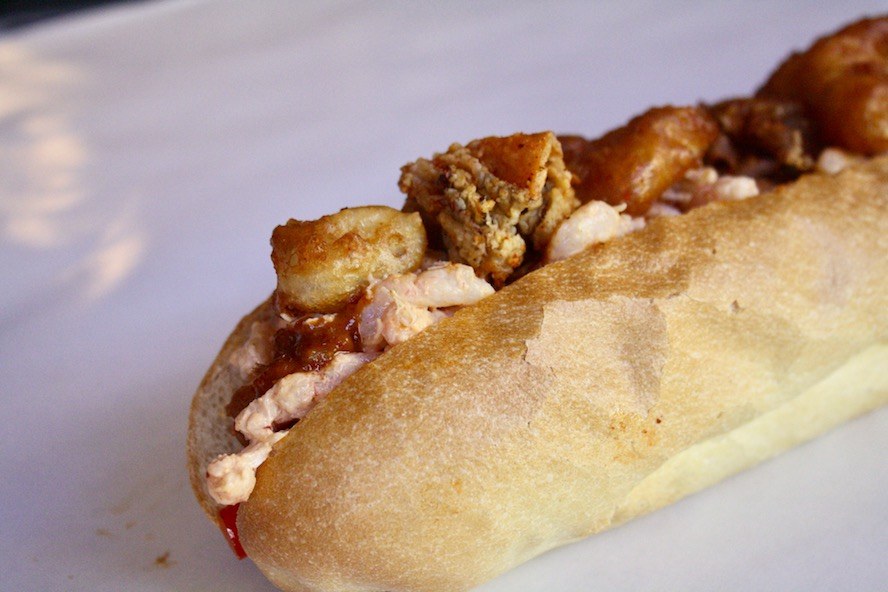 The Robson Street Louisiana-style seafood boil is offering a $300 gift card to The Holy Crab for the group that has the fastest time when the challenge wraps on November 30.

Until then, groups who successfully devour the offering in under five minutes will receive a $25 gift certificate to The Holy Crab and they won’t be charged for the roll itself. If you can’t eat it in time, you’re stuck with the $75 bill.

If you take longer than five minutes, you’ll be forced to pay and leave defeated. So it’s best to discuss about technique with your partner, and stretch your stomachs before attempting this doozy of a challenge. 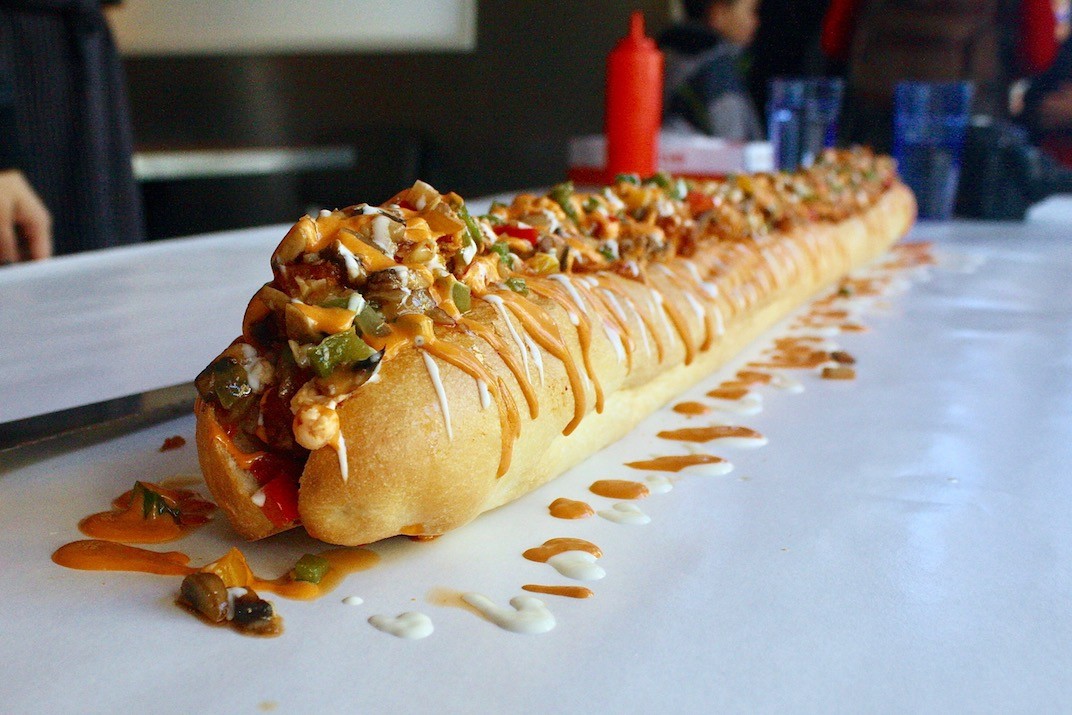 During the challenge, drinks are provided (unlimited water or soda of your choice).

Just a note that only five Monster Rolls will be made per day, and they are offered on a “First Come First Serve.” No reservations are required or accepted for this foodie challenge of the ages.

So if you think you’ve got what it takes to face Vancouver’s newest monster, be sure to head to The Holy Crab and get eating.