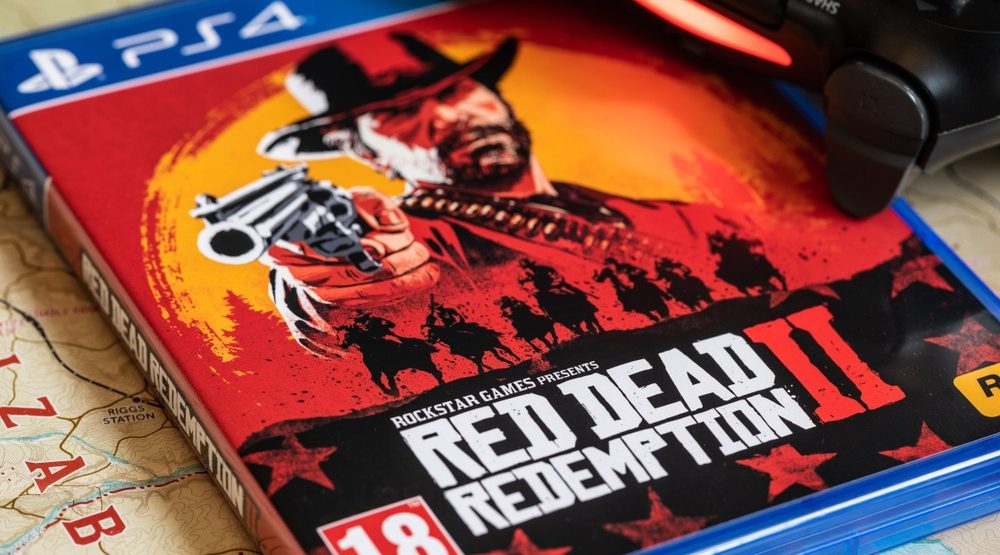 As the holiday season begins to overtake you on the highway of life, we begin to have the gift-giving season in the flood of our headlights. It’s one of the best times of the year for gamers, because a lot of folks wait until the holidays, cross their fingers, and hope that they are gifted some of the year’s best games.

This was a gigantic calendar year for both AAA and independent video games. Almost no one has taken the time, or the budget to dive into all of the year’s astounding digital experiences, but the gifting season and the deals that run alongside it, provide ample opportunity to receive or give some of the greatest titles in video game history.

Microsoft made up a whole lot of ground at the tail-end of this console generation with the release of the Xbox One X. This, the third version of the Xbox One console (in-line with the PS4 Pro), is the most powerful home gaming console ever made. Which is where it gained its advantage, while they still struggle to keep up with companies like Sony and Nintendo in terms of exclusive video games.

Though there were a few premium special editions of the console at launch — a “Scorpio Edition” namely — the offerings from Microsoft are pretty plain. Any of the available Xbox One X console bundles are great, but the Gold Rush Special Edition is has a unique fade-to-gold colorway, and comes bundled with Dice’s Battlefield V.

Red Dead Redemption II – Possibly the biggest piece of evidence that Microsoft is slacking in on the exclusive front is that the best game on their console is available on other consoles.

The magic of arguably one of the best video games ever made, Red Dead Redemption II, is in its intensely developed open-world environment and simulation gameplay. RDRII is the follow-up prequel to Rockstar’s 2010 wild west adventure game.

Sea of Thieves – XB1 Exclusive – The list of Xbox One exclusives is very short, but the few that landed on store shelves this year are pretty great. This includes 2018’s Sea of Thieves, which was one game that might have been over-hyped prior to launch, and received some fairly deserved criticisms afterwards. However, Sea of Thieves is one of the greatest multiplayer experiences in modern gaming. A game that sees you partner up with friends or random players to take to the seas. You must control most aspects of sailing your ship, head out to plunder outfits, seek treasures, and battle hordes of undead pirates. There are some amazing world events, and environment designs all patched together by its quirky art styles.

Forza Horizon 4 – XB1 Exclusive – Something that draws in a lot of gamers to the Xbox family is their permanent relationship with Turn10 and Playground Games, the two studios behind the lucrative racing simulation series Forza. The fourth in the open-world version of the franchise is the best yet, with dynamic season effects, a huge roster of cars, and some of the best racing multiplayer systems ever developed. Forza Horizon 4, played on the enhanced Xbox One X system is one of the prettiest and most realistic looking racing games ever made.

Sony Computer Entertainment’s PlayStation 4 began this generation of systems ahead of the game, but has quickly been out-done in terms of hardware by their counterparts at Microsoft. However, some very key exclusive titles and epic console bundles still make it the best selling home console according to today’s sales numbers.

This is one of the prettiest special edition consoles ever made, and all it took was a unique colourway (the classic white and red of Spider-Man’s suit), and one of the best exclusives ever made for the Japanese console. The PS4 Pro is the most powerful version of the console, and most likely the last iteration prior to the release of the PS5.

God of War – PS4 Exclusive –  The return of Sony’s titular mad god Kratos takes the series into a wildly new direction. 2018’s reboot of God of War brings a slower-paced, hard-hitting, and story-focused take to one of the PlayStation’s most recognizable intellectual properties. Developed by Sony Santa Monica themselves, God of War is a widely loved return to the universe, with a fresh new start. It is an obvious Game of the Year nominee.

Marvel’s Spider-Man – PS4 Exclusive – One of the greatest gold coins in Sony’s development pocket is the folks at Insomniac. Coming off the massive success that was the Infamous series, Insomniac Games got the green light from Marvel to develop a Spider-Man game, and they didn’t disappoint. What has been — and probably will be for a while — touted as the greatest superhero video game ever made, Marvel’s Spider-Man provides players with freedom, a wide-open NYC experience, and one of the best stories in adventure game history.

Monster Hunter World – The insanely anticipated return to a console for the Monster Hunter franchise might have come out almost an entire year ago, but the dominance of early 2018 sales charts, the ridiculously deep content, and one of the best multiplayer experiences in modern gaming, culminate into a nearly flawless video game. Though it is not exclusive, Capcom and Sony have a long-standing relationship with each other.

For the past few generations, Nintendo has been playing the odd game. They’ve thrown out the need to compete with Sony and Microsoft in the realism realm, instead, continuing to blaze their trail through family-oriented video game experiences, building on the nostalgia of long-time Nintendo fans, and releasing the Switch hybrid console. The latter news, 2017’s release of the Nintendo Switch, changed the way home and portable consoles were played forever. After a stellar 2017, the Nintendo Switch has had a relatively lower-profile 2018.

One of the bigger draws to game-specific editions of the Nintendo Switch console bundles are the unique colour options for the Switch’s Joy-Con controllers. But in addition to the uniquely Eevee and Pikachu coloured controllers, owners also get a copy of the game Let’s Go Pikachu / Eevee — one of the best reimaginings of any generation.

Celeste – The follow-up to MattMakesGames’ Towerfall, Celeste is one of the most beautiful an existential video games ever to be built around a tough-to-master platforming mechanic. Indie video game development often lends itself to the expression of difficult subjects, and Celeste is the perfect blend of heavy story and subject with a very serious puzzle platformer. It caught fire upon launch earlier in 2018, and has stuck around in the minds of gamers all year long. The Switch being the ideal platform for indies, Celeste is one of the best games of 2018, maybe even the 21st Century. Bonus points for being made by Vancouverites.

Pokemon Let’s Go Eevee / Let’s Go Pikachu – Switch Exclusive – While serious Pokemon trainers the world over continue to wait for the inevitable Nintendo Switch mainline series title to be released, Nintendo and The Pokemon Company decided to bank on the rabid success of PokemonGO and make a hybrid throwback that culminates into one of the best experiences on the console. Pokemon Let’s Go Eevee, and Let’s Go Pikachu is a near-faithful reimagining of Pokemon’s generation one titles Blue and Red, while updating the graphics, and adopting some of the PokemonGO playstyles. It’s a real treat for any Pokemon fan.

It may be a whole easier to pick up something epic for the gamer in your life if you can narrow down which console to shop for — though some of these amazing titles are cross-platform.

2018 was a banner year for console exclusives, especially in the PlayStation camp. On one hand, you’ve got arguably the best reboot to any genre game ever in 2018’s God of War. While, on the other hand, there’s the best superhero video game ever developed in Marvel’s Spider-Man. Both of these are exclusive to the Sony platform. Microsoft released crazy unique multiplayer experience in Sea of Thieves, while also playing home to the best version of one of the greatest open-world video games in history, in Red Dead Redemption II. The switch also saw some great growth in its hold on the market with the release of an updated Pokemon title, a new Super Smash Bros. game, and a whole ton of epic indies.

Here’s to a hectic, and awesome holiday season of gaming, and another tip of the Joy-Con for an epic year ahead in 2019.