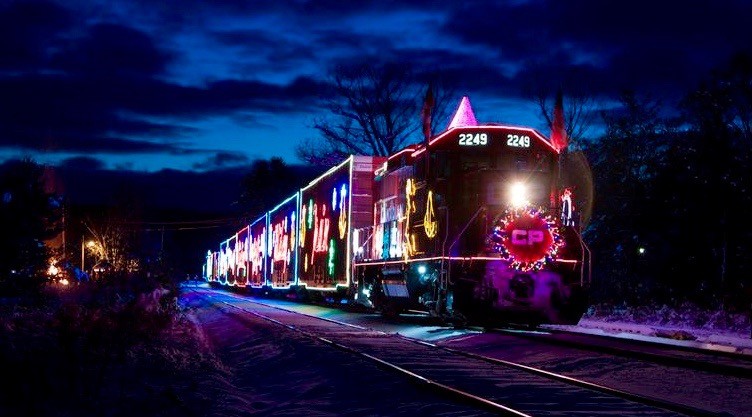 The annual Canadian Pacific Holiday Train is making only one stop this season — your house.

For the first time in 21 years, the train will not be trekking across Canada as a result of the  COVID-19 pandemic.

According to the Canadian Pacific, the company will still make donations to food banks in communities along its network and will host a virtual concert instead of going on its regular Holiday Train route.

The CP Holiday Train at Home Virtual Concert will include performances by Serena Ryder, The Trews, JoJo Mason, Logan Staats, Kelly Prescott. The festivities kick off on Facebook Live on December 12 at 6 pm (MT).

“Although the train might look a bit different this year, we’re keeping the spirit of Christmas alive with a virtual concert via Facebook Live on December 12 at 6 MT to raise money for food banks across North America,” says the event’s Facebook page.

Through the company’s Facebook page, CP is urging people to make donations. “In this year of extraordinary need, we hope you’ll join us in helping put food on the table for families, friends and neighbours in need by making a donation to our national food banks.”

The 22nd annual #CPHolidayTrain is back. And this year, its first—and only—stop is your home! We’re keeping the spirit of Christmas alive with a virtual concert on Dec. 12 at 6 MT to raise money for food banks across N.A. Visit https://t.co/4G2BbGXKwa for more information. pic.twitter.com/Xlg8pydnRA

“We are very excited that CP has chosen a safe way to keep the spirit of the CP Holiday Train rolling in support of local food banks like ours in these challenging times,” said Calgary Food Bank President and CEO James McAra. “The need for food bank services has risen substantially over the course of this year and heading into the high-demand winter months. We hope CP’s concert will prompt the train’s supporters to give as generously as they’re able.”