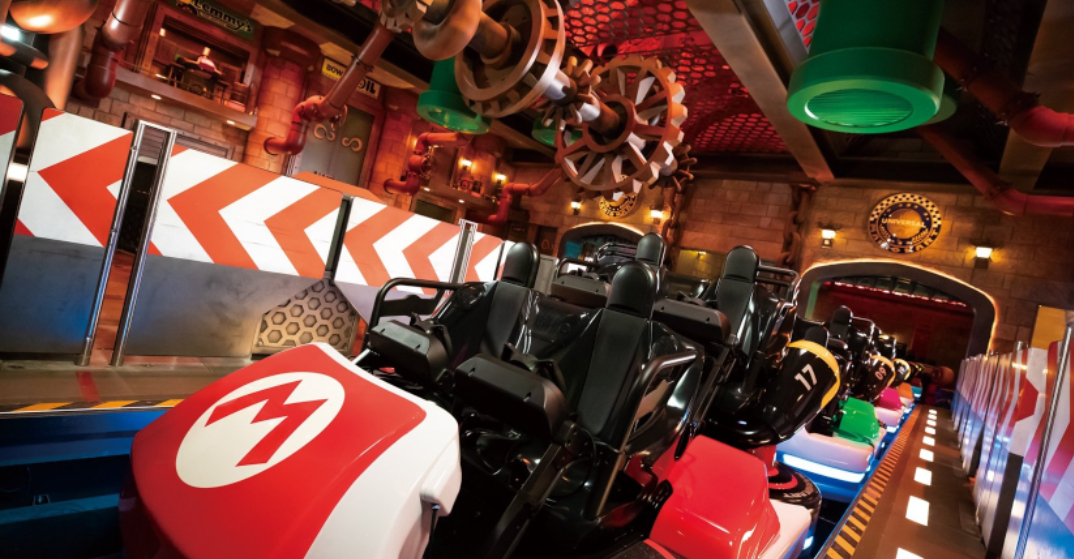 Super Nintendo World is scheduled to open on February 4, 2021, in Osaka, Japan.

The Mario Kart ride will be housed inside Bowser’s castle. It will use augmented reality (AR) and projection mapping technology with riders using AR headsets, which are obviously shaped like Mario’s iconic red cap.

The park says it is working with “health administration officials” to ensure a safe environment for visitors and staff while operating at 50% capacity.

Japan has largely avoided COVID-19 lockdowns and relies heavily on contact tracing and nationally-mandated face mask-wearing in attempts to limit the virus’ transmission.

Theme park officials have shared a teaser trailer of Super Nintendo World across their social media platforms, and the iconic Nintendo song will undoubtedly be stuck in your head all day.

“The land’s interactive environments will seamlessly connect using state-of-the-art technology to create an innovative and immersive theme park experience for countless opportunities to discover the excitement of your favourite games,” according to Universal Studios Japan’s website.

Note: The Canadian government advises against all non-essential travel outside of the country “until further notice.” According to the Government of Canada website, “as foreign governments implement strict travel restrictions and as fewer international transportation options are available, you may have difficulty returning to Canada or may have to remain abroad for an indeterminate period.”

All of Japan is currently on Canada’s “Avoid non-essential travel” advisory list.