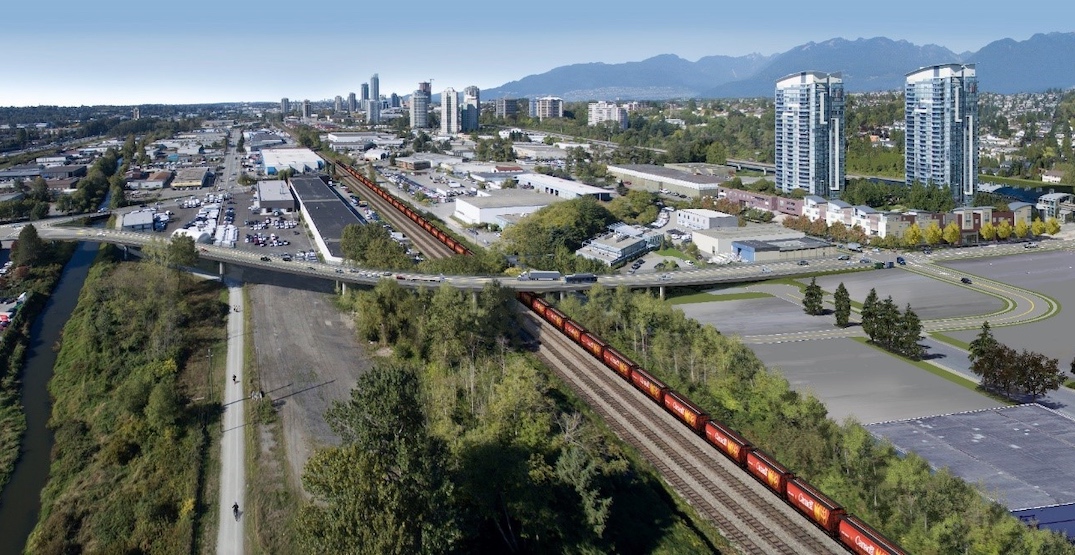 Artistic rendering of the Holdom Overpass in Burnaby. (Port of Vancouver)

The Vancouver Fraser Port Authority is proposing to build a new four-lane road overpass for Holdom Avenue over the railway through Central Burnaby.

According to a release, a memorandum of understanding has been reached between the port and the municipal government to guide the planning, design, and construction of the new overpass.

It will result in the closure and demolition of the ground-level crossing of Douglas Road about 300 metres west of the site of this southward extension of Holdom Avenue, which will connect to Douglas Road on the south side of the railway.

This new road connection will eliminate road crossing delays as a result of the increasing frequency of long passing trains, and support the growth of national trade.

It will also help achieve a long-term goal identified by the City of Burnaby’s transportation plans for residents, such as walking and cycling amenities, reliable travel times, and improved emergency response options and public safety. 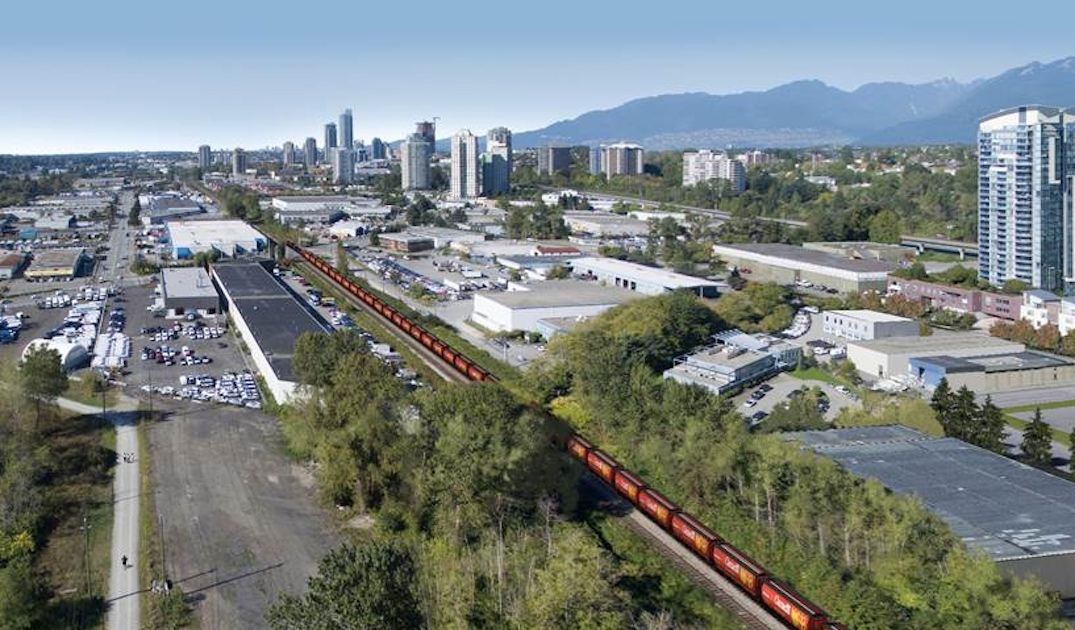 Existing site of the Holdom Overpass in Burnaby. (Port of Vancouver)

Artistic rendering of the Holdom Overpass in Burnaby. (Port of Vancouver)

“Our role at the port authority is to make sure the Port of Vancouver can accommodate Canada’s growing trade, so we’re collaborating with government and industry to build infrastructure that will address both bottlenecks in the supply chain and the impacts of trade on local communities, such as commuter congestion,” said Cliff Stewart, vice president of infrastructure at the Vancouver Fraser Port Authority, in a statement.

Burnaby mayor Mike Hurley added: “A new Holdom overpass would help connect our city and provide a more safe and reliable journey for drivers, cyclists and pedestrians. We are keen to work with the community and the port authority toward development of an overpass that meets both the multi-modal needs of travellers and the diverse requirements of area residents and businesses.”

The new overpass and road decommissioning will cost $145 million, with funding provided by the port, CN, and federal government. The municipal government will assume ownership upon completion.

It is one of the components outlined in the Burnaby Rail Corridor Improvements Project, aimed to prioritize upgrades and improve the flow of trains to and from the port terminals in North Vancouver.

Public consultation for the new overpass will begin this spring. If it is approved, construction could begin in 2022 for an opening in 2024.

A number of railway crossing and infrastructure improvements are underway or planned for the region, including the double tracking of the CN railway through much East Vancouver, the proposal to build a railway overpass on Prior Street, other new overpasses and underpasses in eastern municipalities, and real-time traffic information systems.