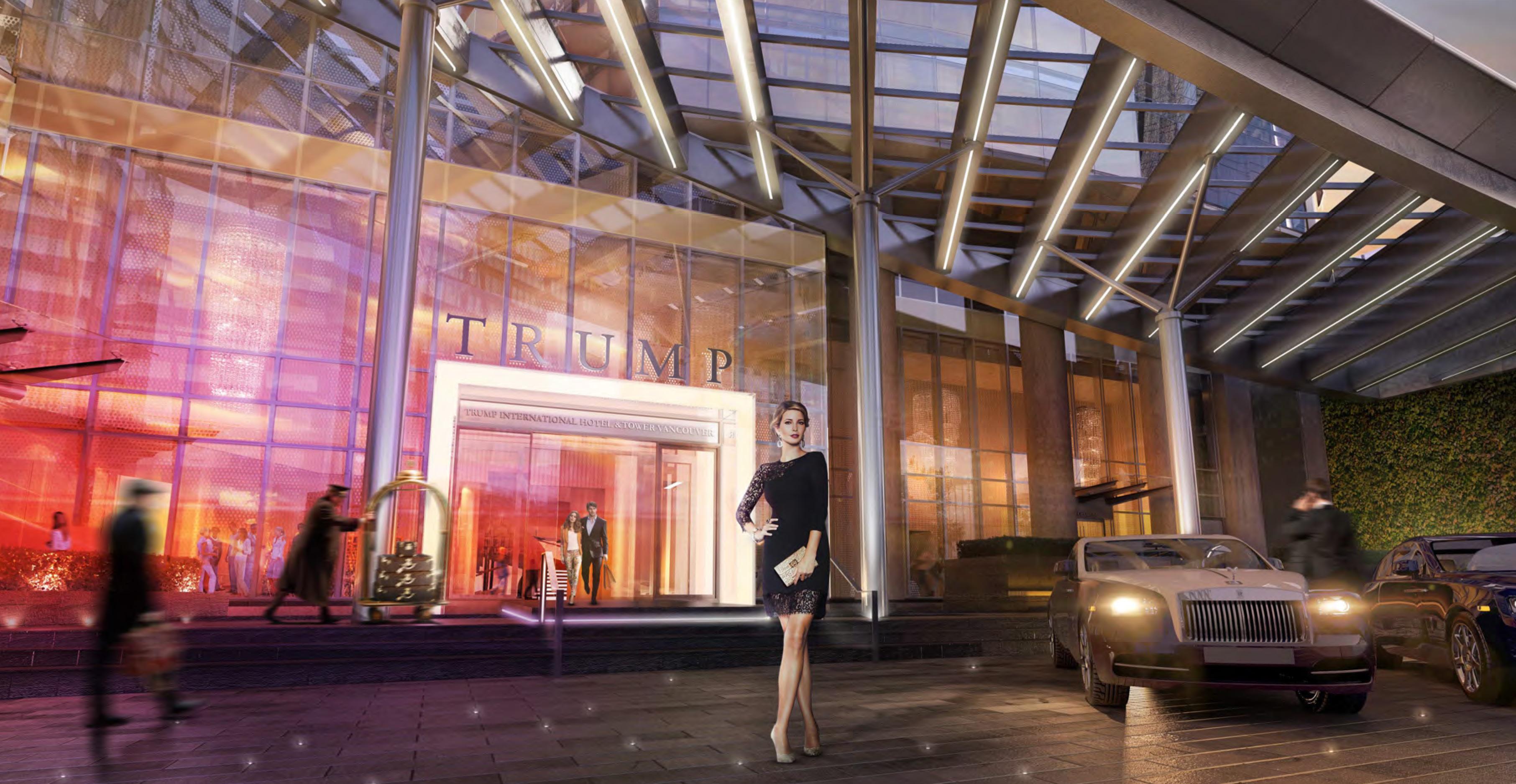 Trump Vancouver’s debut party is Vancouver’s most anticipated luxury hotel opening. The $360-million project consists of 214 sold out high end private residential units, and three penthouse units which have not yet been released to the market. There are 147 luxury hotel rooms on the first 15 levels of the building along with first of its kind amenities to match. Be the first to experience the multi-sensory white glove experience by taking part in Holborn’s photo contest below. 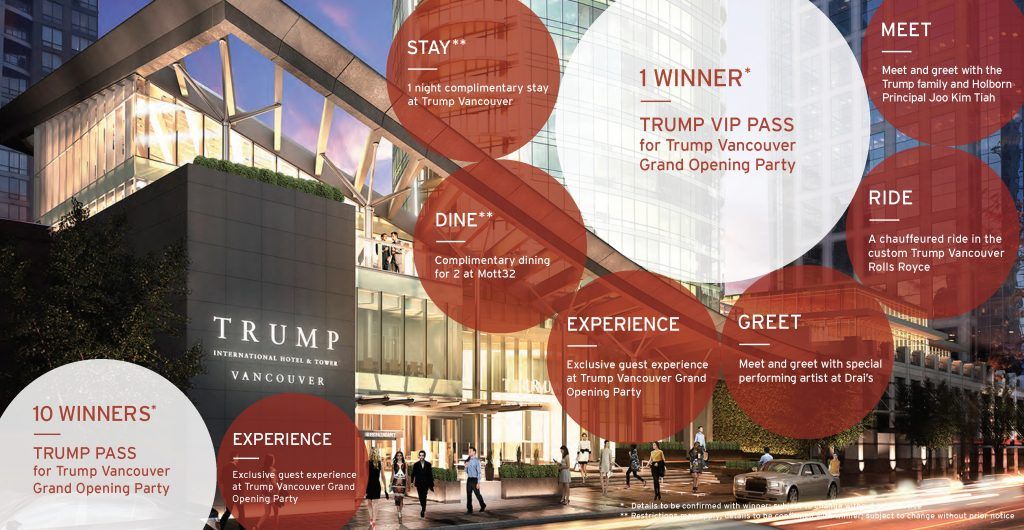 Ten winners will receive a Trump Pass to the grand opening party experience.*

One winner will receive the ultimate Trump VIP Pass to the grand opening party which includes one night complimentary stay at Trump Vancouver , complimentary dining for two ** at Mott32, meet and greet with Holborn Principal Joo Kim Tiah and the Trump family, meet and greet with special guest performer of Drai’s Vancouver, and a chauffeured ride in the custom Trump Vancouver Rolls Royce.**

*Details to be confirmed with winner, subject to change without notice.

**Restrictions may apply, details to be confirmed with winner, subject to change without notice.

Complete the following directions for one entry.

1. Take a photo of the Trump Vancouver Tower.