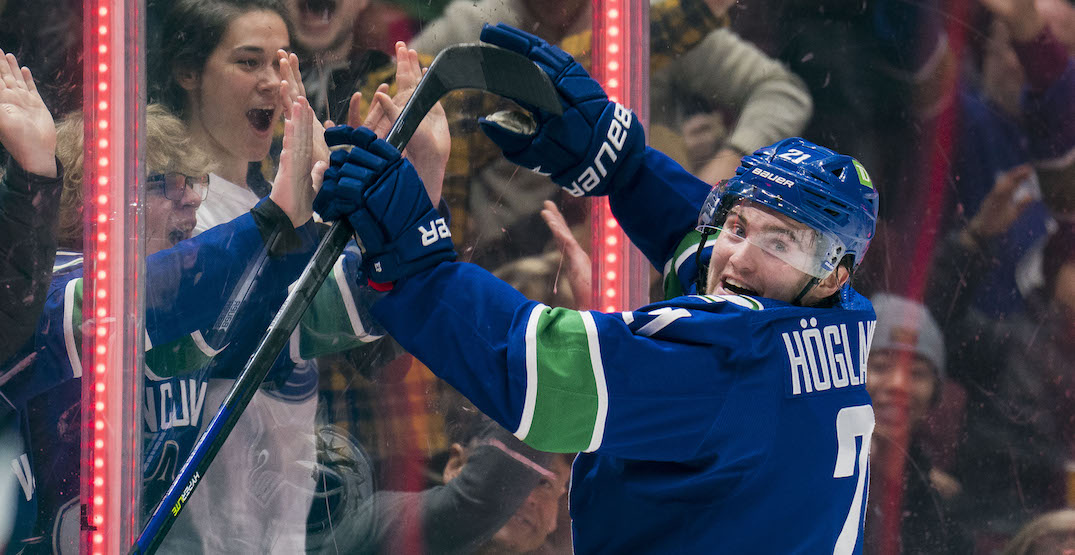 Difficult news from the Vancouver Canucks yesterday that sophomore winger Nils Höglander may well miss the remainder of the regular season.

Coach Bruce Boudreau says Höglander is out long-term with a lower-body injury, and with 13 games remaining in the season, that might be it.

We asked on our Bodog poll question whether Höglander will top-out as a first, second, or third-line winger for the Canucks — an answer that requires some projection on both the player and the team.

As the Canucks improve, it is likely that Höglander is pushed down the lineup from the top-six heights he hit this season?

In fact, Boudreau has called him a third-liner and deployed him accordingly since taking over in December.

Now, you could very well chalk up Höglander’s struggles to the sophomore slump, and think he’ll rebound for next year. I wouldn’t put it past him. He’s an active player with YouTube highlight appeal, and solid underlying analytics.

He’s also been given a clear message from Boudreau that he needs to improve defensively, or turn into a 30-goal scorer. And in 116 NHL games to date, he has but 23, so not holding our breath there.

I voted for third liner because I think as Höglander develops, and he’s still just 21, the Canucks will too.

Perhaps he returns to the top-six next year, certainly if Brock Boeser or Conor Garland are traded, there will be more opportunity on the wing.

But all in all, I think our old friend Craig J. Button nailed the evaluation of this player when we were watching him from afar in Sweden. That he can be a middle-six NHL asset playing above his size, and with a determination that warms your heart, and the occasional offensive foray that takes you out of your seat.

But he is not — as Button predicted — a frontline NHL point producer. After two seasons, we’re seeing exactly that.