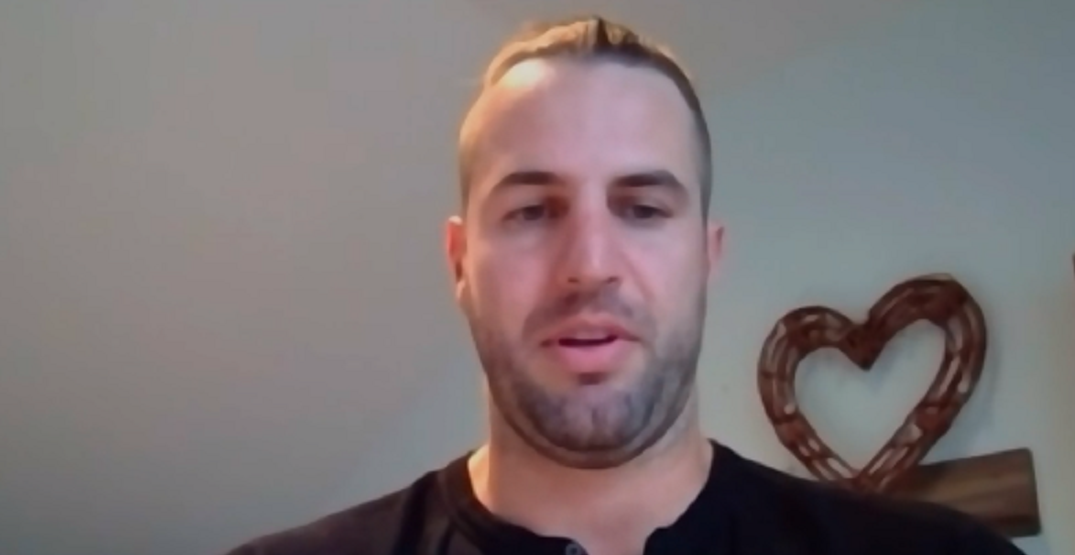 Kyle Beach was the recipient of an outpour of support from the hockey world this week.

On Wednesday, Beach identified himself as John Doe, the alias used for one of the victims of former Chicago Blackhawks coach Brad Aldrich, who was alleged to have committed sexual assault during the team’s 2010 Stanley Cup-winning season during an interview with TSN’s Rick Westhead.

“For me, I wanted to come forward and put my name on this,” Beach told Westhead. “To be honest, it’s already out there. The details were pretty accurate in the report, and it’s been figured out. More than that, I’ve been a survivor. I am a survivor. And I know I’m not alone.”

Kyle Beach was drafted 11th overall by the Blackhawks back in 2008 but never played an NHL game with the team. He currently plays in the German third division with Erfurt.

Members of the hockey community showed their support for Beach on Twitter:

Kyle Beach, you are one courageous man. Wish you had the support in 2010 that you have from all of us now.

Kyle Beach you are a brave man.

You have and will change hockey culture forever.

It’s hard to imagine the courage it’s taken for Kyle Beach to do this interview. Best wishes to him and I hope he has some comfort to know he is believed and supported.

Beach believes that the people in power in the Blackhawks organization failed to adequately act after first hearing his story.

“If this would have been reported to somebody other than John McDonough or Joel Quenneville or Stan Bowman that didn’t have skin in the game of winning a Stanley Cup, it would have been dealt with, and it would have protected all of the survivors that came after me,” he said.

Stan Bowman, who was the general manager in 2010, was among the Blackhawks executives who resigned on Tuesday.

Kyle Beach might just be the bravest and toughest player to ever be drafted into the NHL. Unbelievable the strength he has to come forward.

What Kyle Beach did today will help so many people in the future. He is a hero in so many ways. 🙏🏽

Sheldon Keefe: "The courage that Kyle Beach showed here today stepping up and being a voice for victims is incredibly brave… It's much too late here, but the hockey world gives our support to Kyle."

The bravery it takes to come out and reveal his identity, and raise awareness is immense. I think we can all agree, Kyle Beach, we have you back KING. 👑❤️

So. Much. Pain. Kyle Beach is as brave as they come.

Beach says that he hopes speaking up can protect others in the future.

“This is all so fresh. But the one thing I want to make sure that comes from this is change,” Beach said to Westhead. “I’d love to be there in any way possible, and I would love to be a part of a group that really comes and designs a system to make sure that there is a safe place in the sports world and there is a safe place that every child or adult, male or female, can go if they’re in trouble or if they feel uncomfortable where they won’t be judged, and they won’t have to go through what I did.”