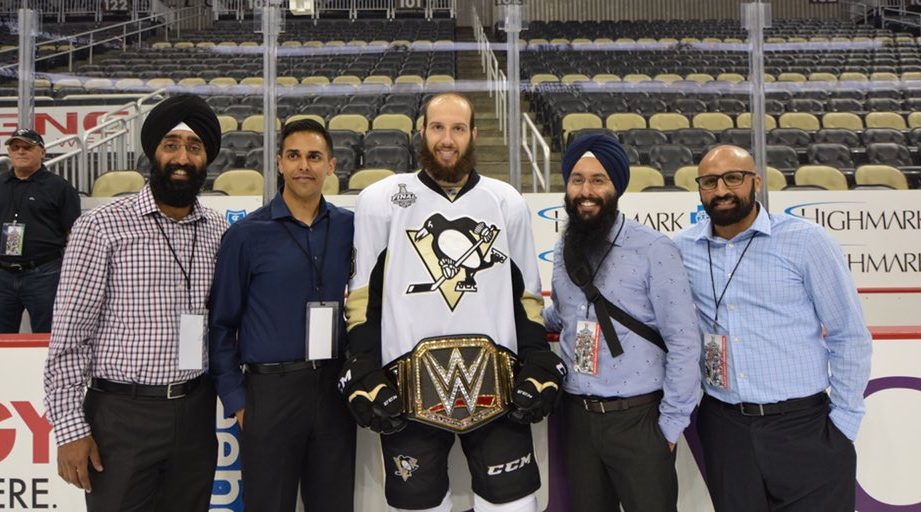 Hockey Night Punjabi has been called up by the Stanley Cup champs.

Harnarayan Singh, Randip Janda, Bhupinder Hundal, and Harpreet Pandher make up the four-man broadcast team for Hockey Night in Canada Punjabi Edition. They reached superstar status in these playoffs after their epic call of Nick Bonino’s game winner in Game 1 of the Cup Final.

Hockey Night in Canada Punjabi Edition is called from a Vancouver studio. The broadcast team watches on a monitor as crowd noise is pumped into their ear pieces for atmosphere. Consequently, they didn’t get to attend any of the games in the playoffs this year.

They became legendary in Pittsburgh, so much so that the Penguins decided they needed to meet them.

So the four members of Hockey Night Punjabi boarded a plane from Vancouver to Pittsburgh on Tuesday to meet Bonino and the rest of the Penguins ahead of the Stanley Cup parade on Wednesday.

“The Penguins invited us down,” said Harnarayan. “We haven’t been told much. We’ll know more tomorrow morning.”

Well, guess what they got to do…

What an awesome finish to a great playoffs for the four Vancouver-based broadcasters.

Chatting with @AndiPerelman of the #Penguins and @lexinieds of the #NHL as we head to the parade in Pittsburgh! pic.twitter.com/AbPZXxQZy5