From the helicopter videographer who brought you the stunning video of a national figure skater dancing on pristine lake ice comes a ferocious game of mountain ice hockey – complete with high-level hockey stars.

Bradley Friesen and his friends spent two days in November shovelling a lake in Thomas Crater in Golden Ears Provincial Park to prepare for the shoot. The temperatures were frigid and they were 5,300 feet above sea level.

The ice started to crack under the weight of the shovelled snow, so they had to find a new location. About a mile away, they found a pristine, unnamed mountain lake – strong winds had whipped off most of the snow and it was pretty much ready for the game.

Aside from the ice breaking challenges, Friesen said logistics were also a concern. The small size of his helicopter meant the team had to go up in batches or he needed extra help.

Two of his friends who owned helicopters were into the idea of helping out, but it meant they needed to do it pro-bono. 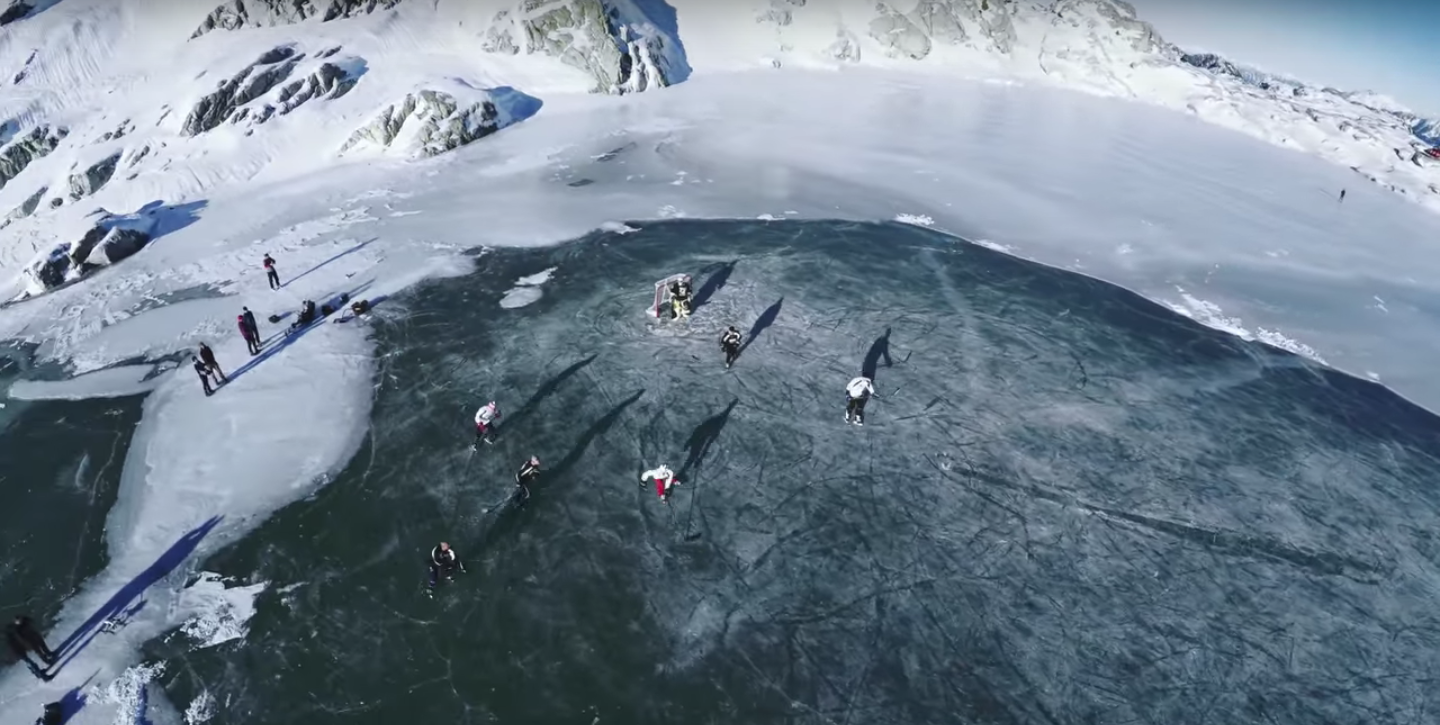 “Because we’re working in a park, nobody can get paid. That’s one of the stipulations of working in a park – as long as it’s not for commercial gain. So I told them they’d have to donate their time and they said absolutely.”

And the result is stunning. Friesen said for many of the hockey players, this was the fastest ice they’ve ever skated on, and the conditions were clear, sunny, and gorgeous. Multiple camera angles from the helicopter, a drone, and GoPros attached to helmets make for some spectacular shots.

Watch the video below in 4K: