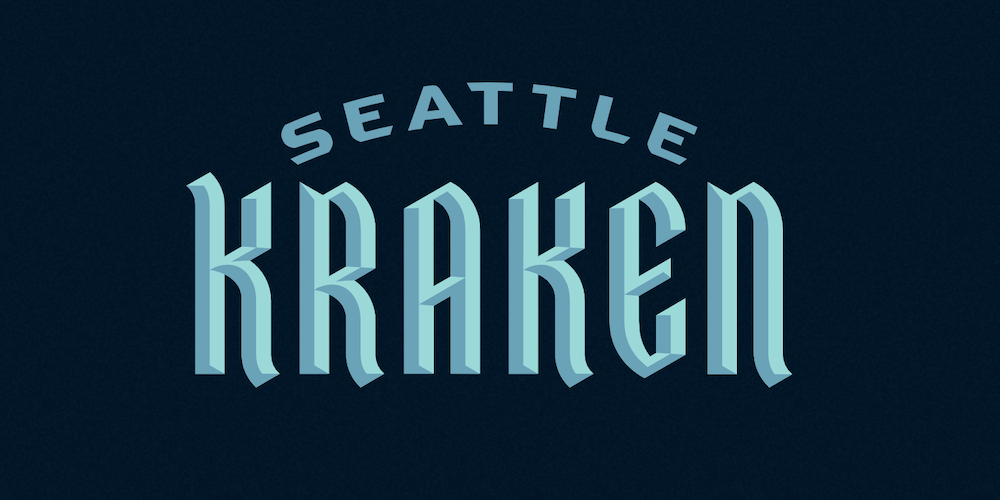 “Seattle is a city built by the sea,” said Heidi Dettmer, vice president of marketing for the organizations. “Our Puget Sound is notorious for its deep waters.”

A legend from the deep awakens.

Dettmer explains that the logo was built in close partnership with Adidas to honour the city, the beast, and the incredible game of hockey.

Here’s how fans are reacting:

So, listen … Seattle Kraken is an absolutely B.A. name.

@NHLSeattle_ I love the name #SeattleKraken and cannot wait to be a #Krakhead! That said, you need to get some new designs on the store ASAP. The current logo looks like an election poster… pic.twitter.com/4XoarEVIjd

Day #2522 I’m waking up to see the Kraken? OMG. I had high hopes for Seattle with a strong hockey history to come up with a name of class. Then they do this. WTF???? #NHLSeattle

I am so glad that Seattle went just as dramatically over-the-top as they possibly could. YAY KRAKEN.

The Seattle Kraken logo is attractive, but lacks tentacles. Therefore, it is bad.

I already hate that I keep accidentally reading it as Seattle Karens. #NHLSeattle #Kraken

Seattle Kraken is a top 5 all time franchise name

I love hockey. And I love this team name. I am not going to love the fact that people will be calling the new arena “the krak-house” and the fans inside the “krak-heads”. #nhl #seattlekraken #kraken #hockey https://t.co/x9hW1NXoeb

So we have inarguably the greatest set of team names of any city in the world, Seattle Storm, Seattle Reign, Seattle Seahawks, Seattle Mariners, Seattle Sonics (until we meet again), Sounders & u guys go w/ the Kraken? Let’s hope your exp. draft skills r better than team naming

The Seattle Kraken sounds like a Double-A baseball team and I’m here for it.

Today I have become an NHL fan.

More specifically a lifelong fan of The Seattle Kraken.

Am I the only one who thinks Squidward when they see the new Seattle Kraken logo? pic.twitter.com/bm61XeSx8n