Since 1920, every New Year’s Day Vancouverites have taken a cool dip in English Bay in one of the world’s most popular Polar Bear Swim events.

There were just a handful of people taking that chilly plunge back in 1920, but they were doing so at the behest (and in the company of) Peter Pantages. Pantages was the nephew of the vaudeville theatre circuit giant Andrew Pantages, and he had moved to Vancouver from Greece to make the city his home.

Peter (or just Pete) Pantages helped out his uncle by running Vancouver’s Pantages Theatre, which stood at the corner of Hastings and Main since 1907. Sadly, in 2011, the building was demolished when it was deemed unfit for restoration. 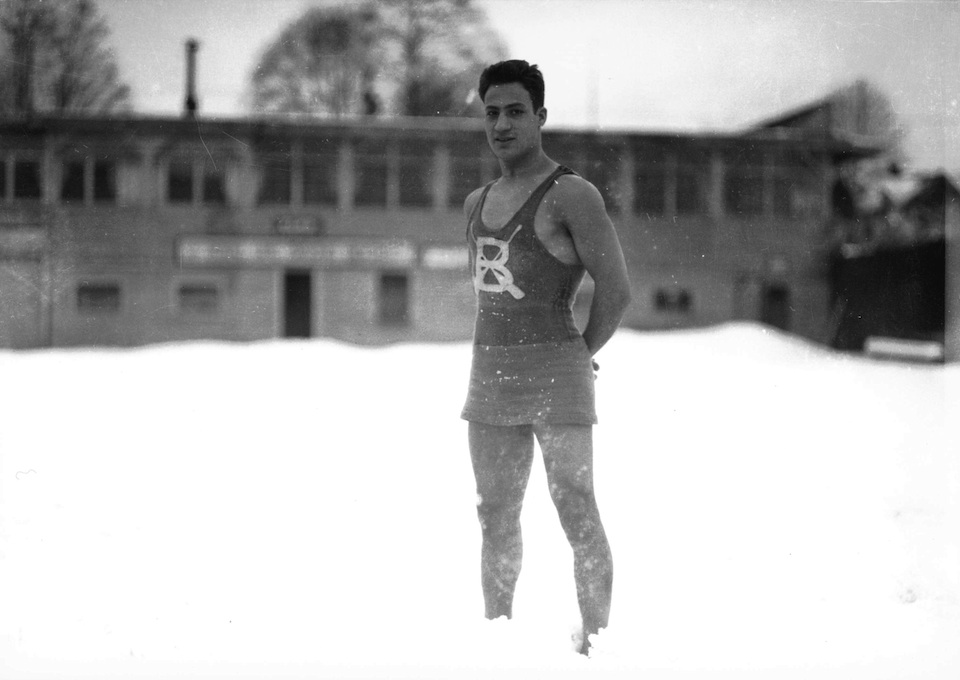 For Vancouverites, however, Pantages became known for running the Peter Pan Cafe. In 2011, Jim Macdonald reminisced about the restaurant in the Vancouver Sun:

“As a cub reporter at CKWX radio, located in the early ‘60s on Burrard St., my favourite restaurant was the Peter Pan on Granville St. Only two restaurants boasted Louisiana prawns – Xavier Hexman’s restaurant at The Bayshore and The Pan under the direction of the revered Peter Pantages.” 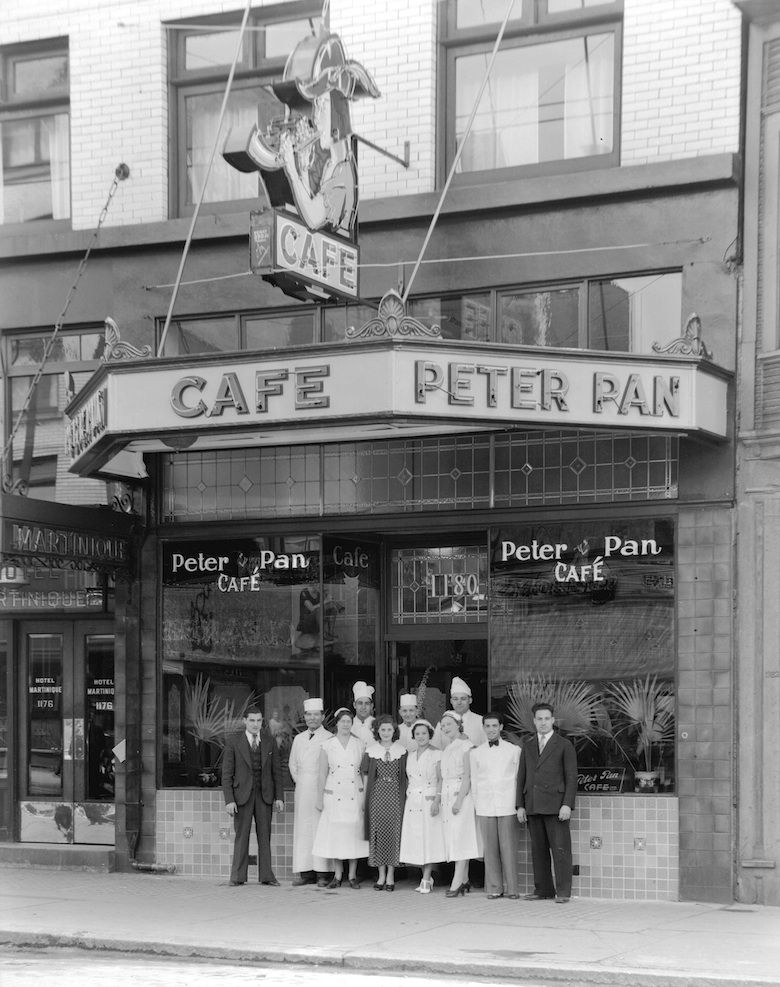 Pantages believed people should swim every day of the year, and is said to have enjoyed taking a swim three times a day, every day, in English Bay, according to writer Eve Lazarus. To prove his point, he found the “Polar Bear Club,” bringing together a few people willing to hop in the cold water on New Year’s Day, 1920.

“The story goes that he invited a handful of mates over for a New Year’s drink and talked them into taking the plunge into the waters of English Bay,” says Lazarus.

From those few people to the record-setting 2,550 official entries set in 2014, Vancouver’s Polar Bear Swim is “one of the largest and oldest Polar Bear Clubs in the world,” boasts the City of Vancouver.

Peter Pantages served as President of the Polar Bear Club until his death in 1971, but members of the Pantages family continue to be regular dippers in the chilly annual event. “In memory of Peter, an annual swim of 100 yards was established in 1972. A memorial trophy and keeper trophies are presented to the first three swimmers to reach the marker buoy,” explains the Greek Reporter. 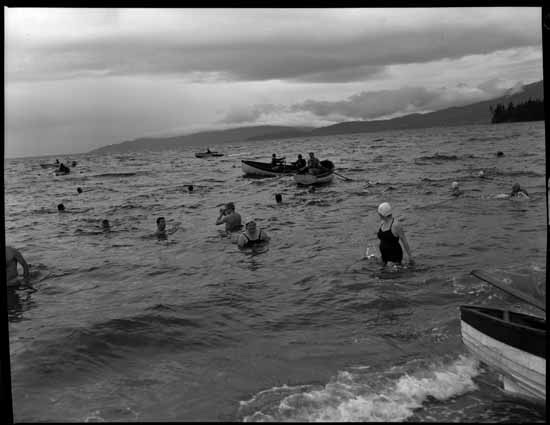 Another remarkable local involved in the Polar Bear Swim was a woman named Ivy Granstrom, who earned the nickname “Queen of the Polar Bears” for her participation over the years. A blind competitive swimmer, Granstrom said she never missed a Polar Bear Swim since 1928, managing to make it out for New Year’s Day in 2004 when she was 92 years old; sadly, she died in April that year.

Vancouver’s Polar Bear Swimmers will once again brave the cold waters of English Bay on January 1, 2015 at 2:30 p.m., marking the 95th anniversary of the cherished local event.

Featured image: The Polar Bear Club about to go for a swim on New Years Day 1939. Photograph shows Peter Pantages and others (Vancouver Archives)