St. Paul’s Hospital has been a landmark Vancouver building since its opening in 1894. Located on the west side of Burrard Street at Nelson, the historic hospital has been caring for Vancouver residents for over a century, but its days in its current incarnation are numbered. On Monday, Providence Health Care announced official plans to move the hospital to a new site in False Creek.

When first opened in 1894, the hospital was a 25-bed, four-story, wooden building serving Vancouver’s small population of 14,000 people. Founded by the Sisters of Providence, a Montreal-based Catholic group, St. Paul’s gradually expanded to meet Vancouver’s growing demand. The original building was designed and built by Mother Joseph of the Sacred Heart, a female carpenter and the first female architect on the west coast.

By 1906, the hospital was the first of its kind to have an x-ray machine and by 1914, the wooden frame was replaced with the fire-proof brick structure we now see today, along with 120 more beds. The new building was designed in the Renaissance Revival style with brick, terra cotta and granite and cost $400,000 to construct. A School of Nursing was also opened at the hospital in 1907, playing an important role in Vancouver’s medical training landscape. 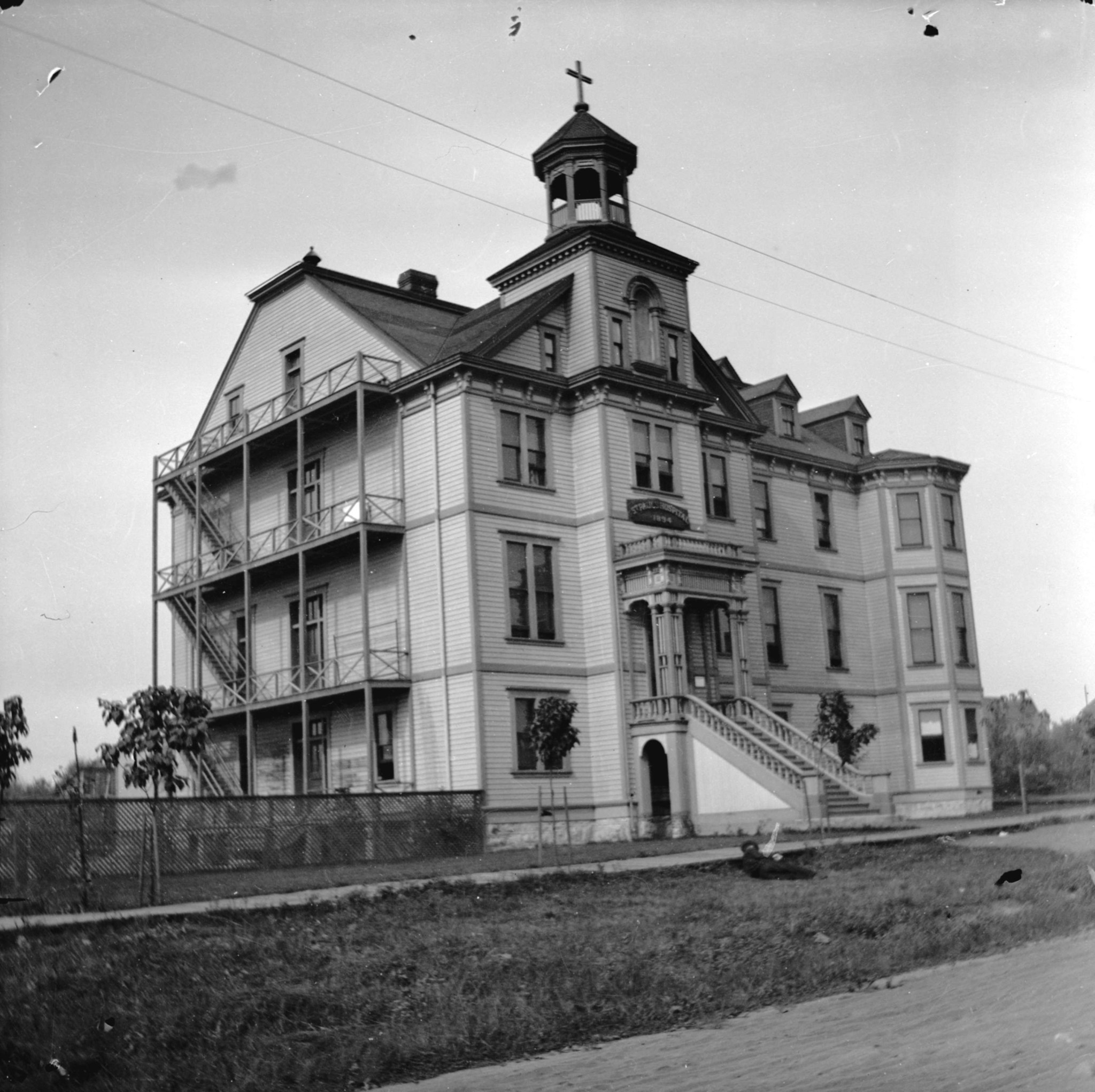 The original St. Paul’s Hospital on Burrard Street in 1898. 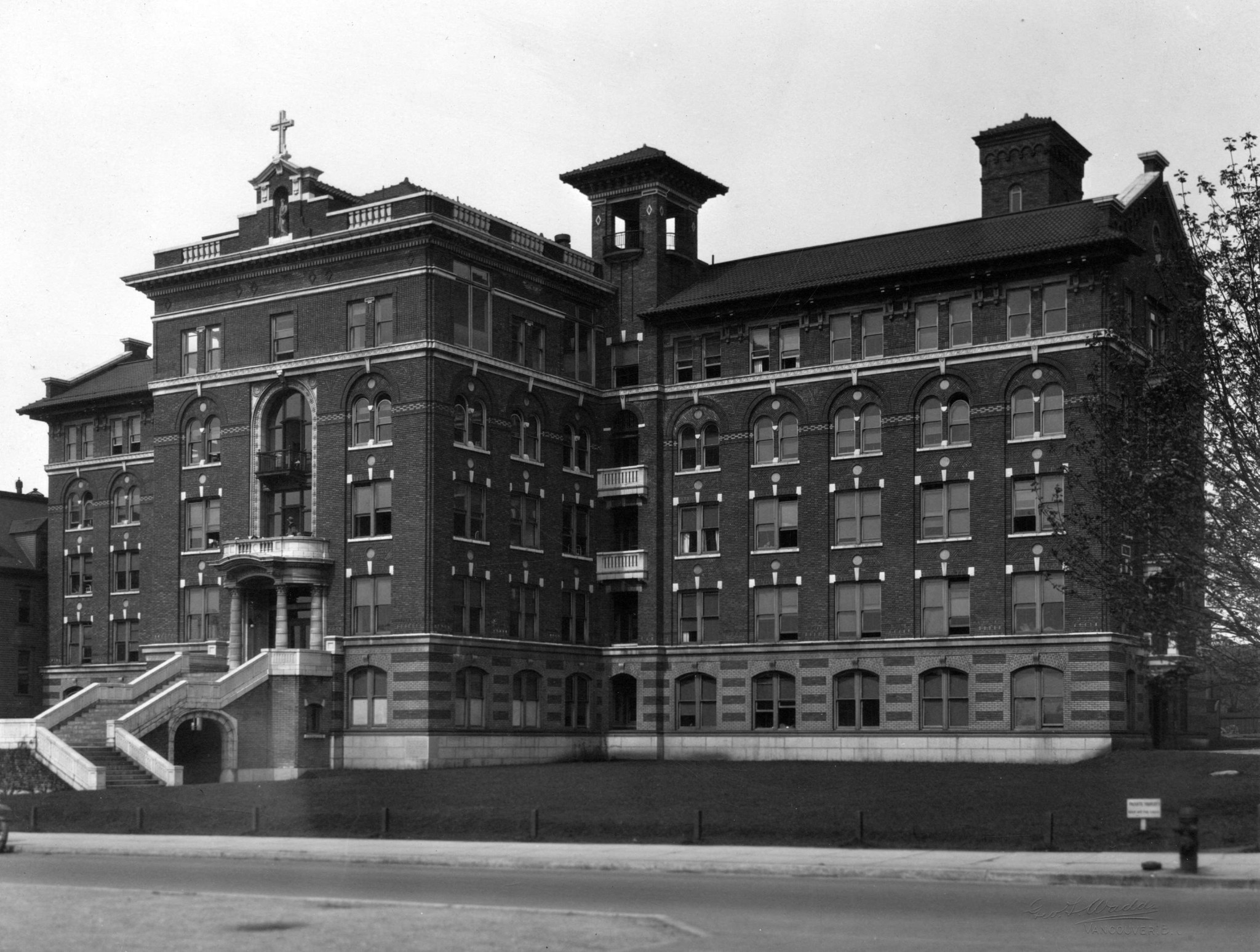 St. Paul’s in 1928 before the construction of the north wing.

In the 1930s, a north and south wing were added to both ends of the hospital, adding another 500 beds to aid increasing demand. At the time, the only other hospital in the region was Vancouver General Hospital in Fairview.

By the 1970s, the hospital needed another expansion to meet its responsibilities as a referral and tertiary care centre. Hence, plans began for two 10-story towers to be built adjacent to the original building, now called the Centre Block. The towers were completed in 1983 and 1991.

In 2010, the province of B.C. opened St. Paul’s new $14.7 million emergency room for expedited admissions and improved patient care. Just outside the new emergency entrance on Burrard Street, is the now popular ‘Lights of Hope’ Christmas light display every winter.

In the last several decades, St. Paul’s Hospital has been criticized for a lack of modern safety features, such as fire sprinklers and seismic upgrades. The building design also limits operational efficiency with facilities spread out across multiple buildings and levels. For instance, the radiology department is located an equivalent distance of two city blocks away from the emergency room. While the building retains its historical significance, its function as a hospital has outgrown these limitations.

St. Paul’s Hospital through the years 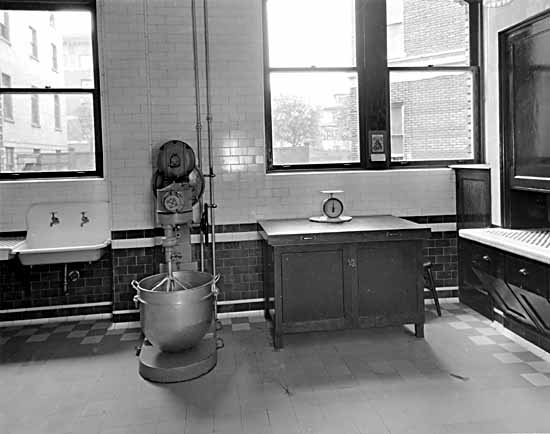 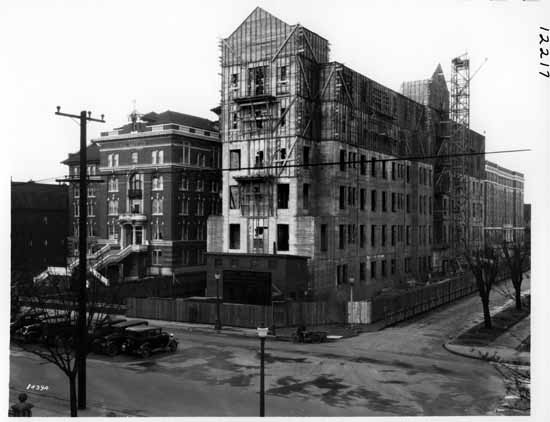 The north wing under construction in 1931. 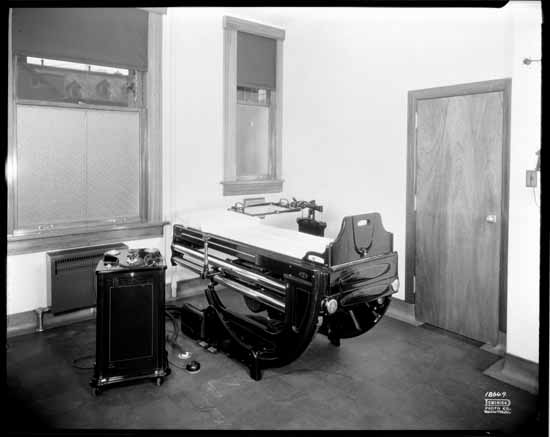 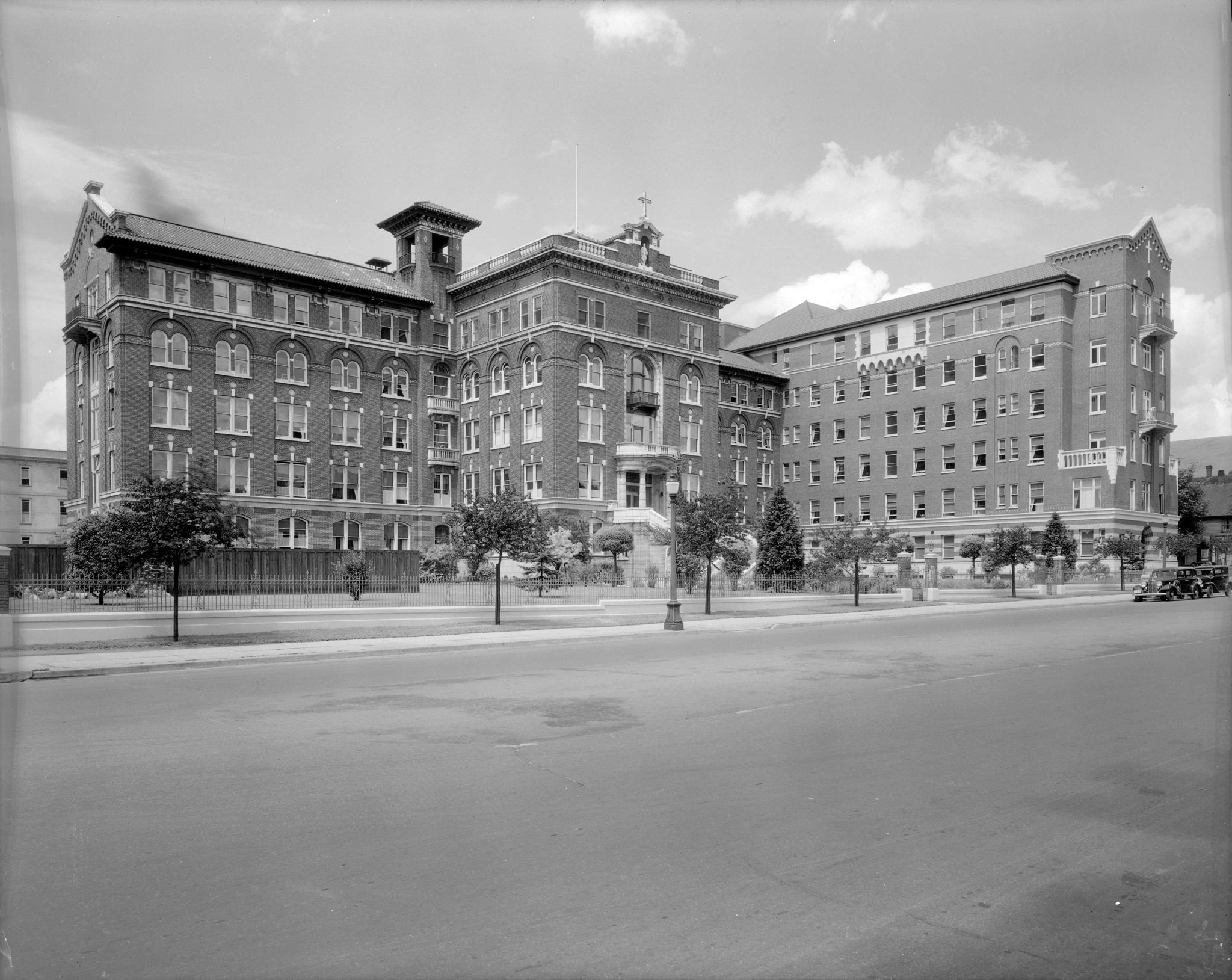 Exterior view of St. Paul’s after the north wing completion in 1935. 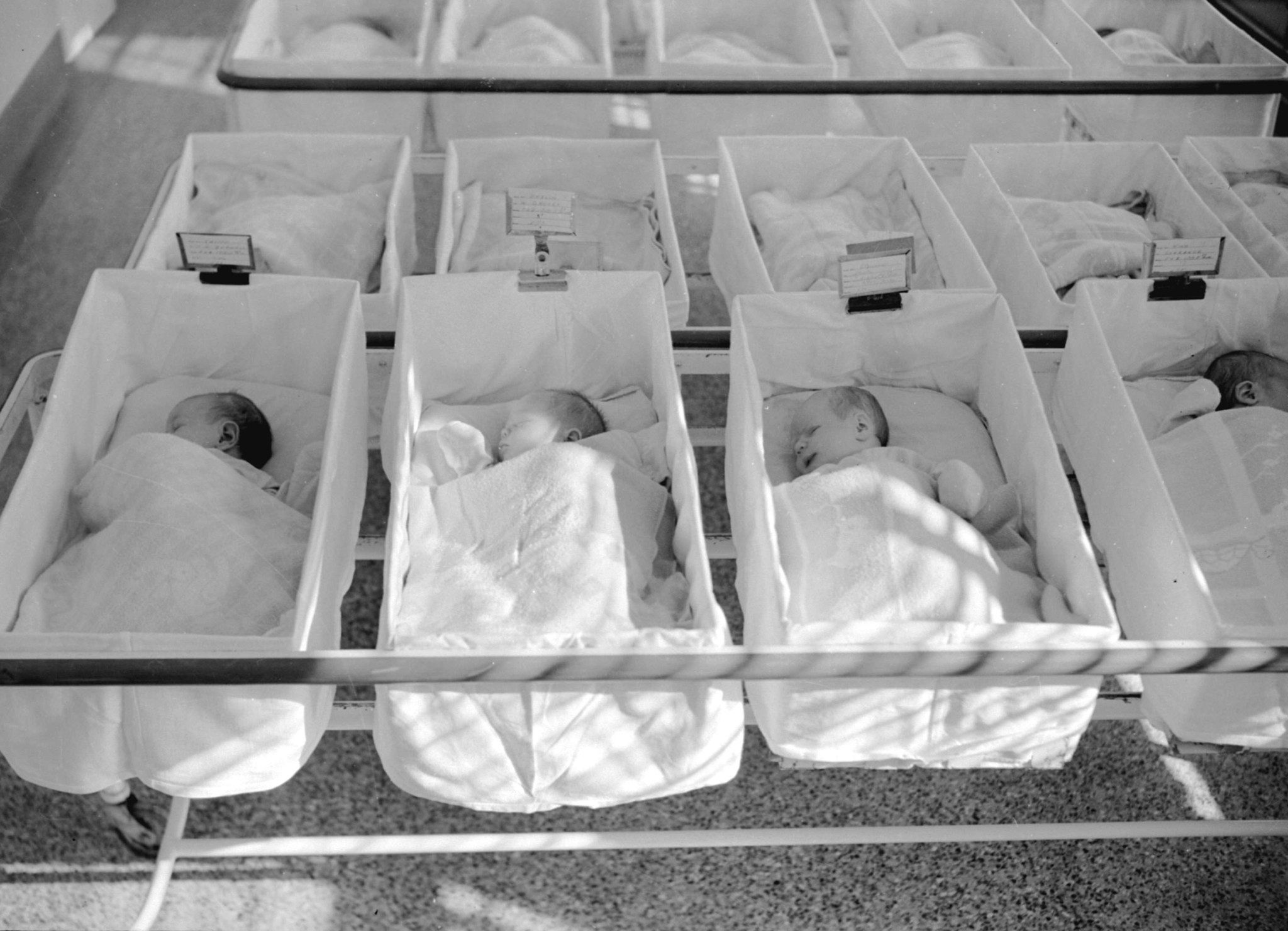 Brand new babies in the maternity ward of St. Paul’s in 1942. 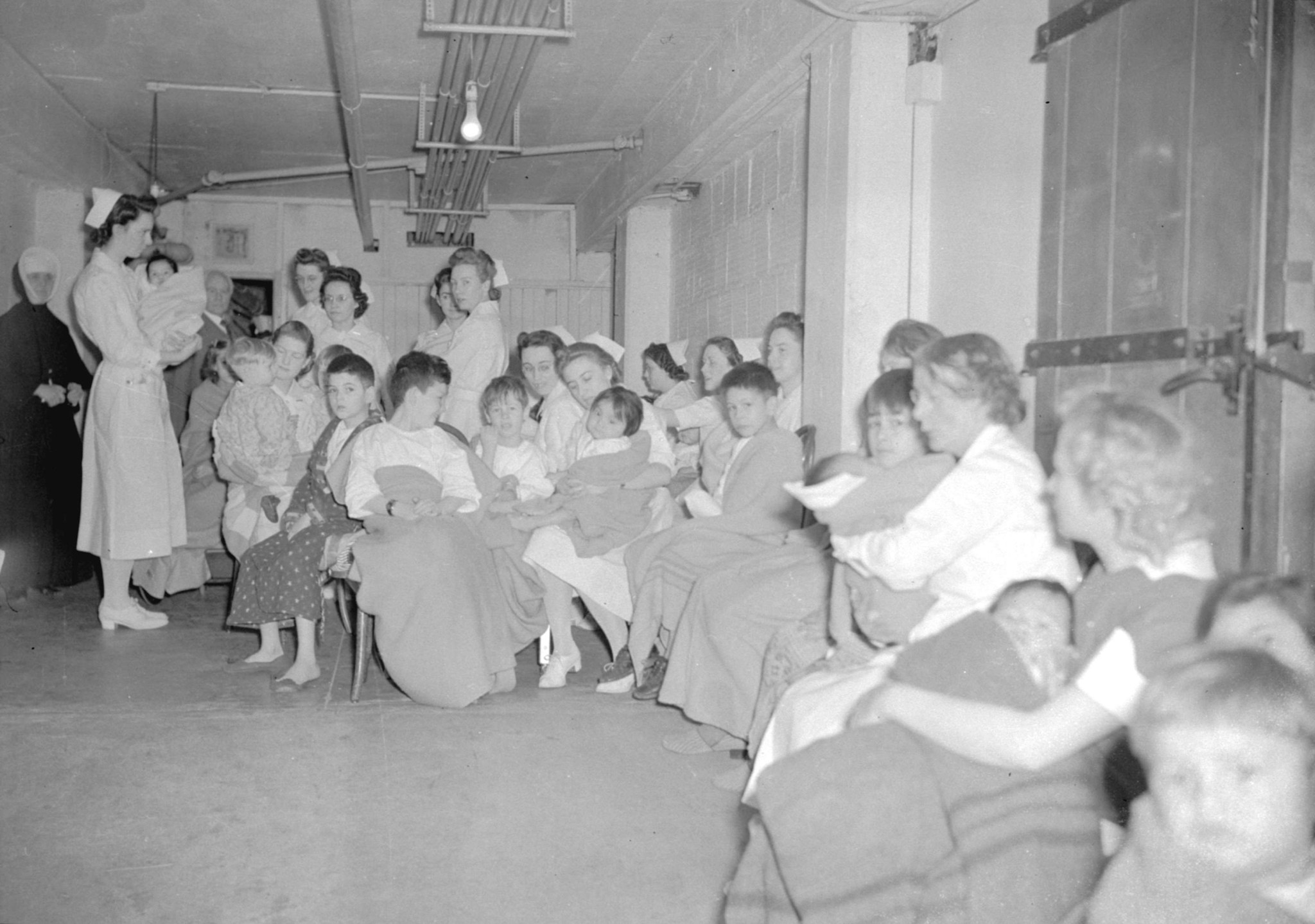 A group of nurses hold children inside an air raid shelter during World War II in 1942. 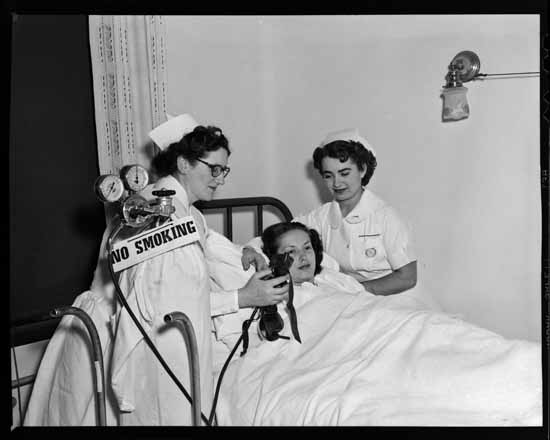 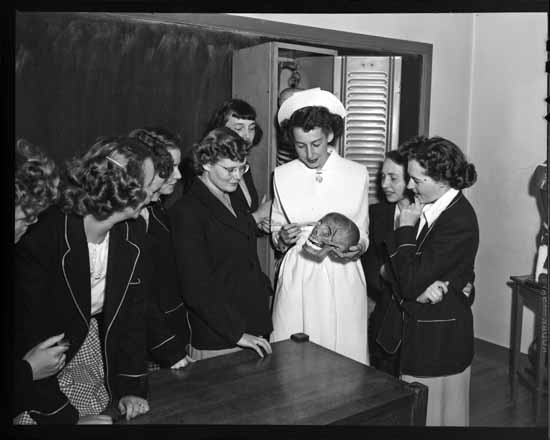 Nurses train with a human skull in 1950. 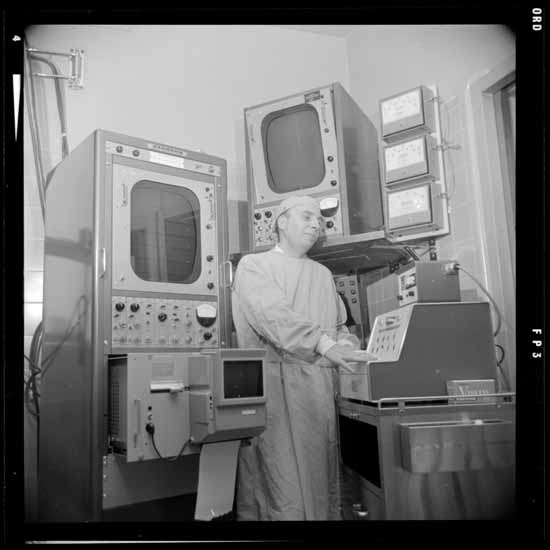