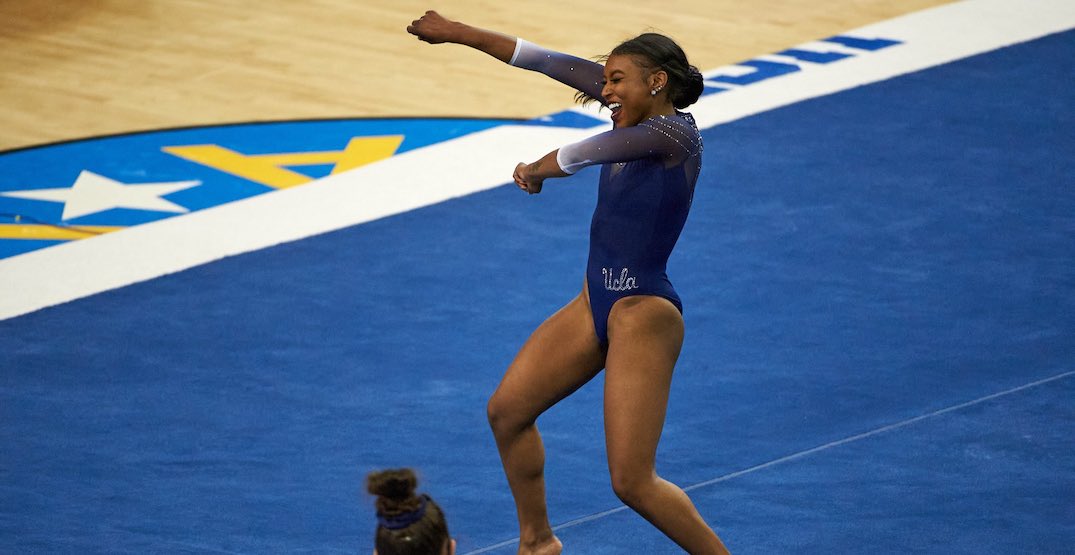 A 21-year-old American gymnast has taken over the internet.

This is what #blackexcellence looks like. @DennisNia does it again! 🔥

The judges awarded Dennis a score of 9.95 out of 10, helping her team to victory against Arizona State.

“I wanted it to be a celebration of everything [Black people] can do, everything we can overcome,” Dennis said in an interview The Lily. “Amid all the adversity and oppression we’ve been through, here we are.”

Many celebrities took to social media to express their love for Dennis’ performance, including Michelle Obama, Janet Jackson, and Common.

This is not the first time that a Dennis performance has gone viral.

Last year, she performed a floor routine inspired by music from Beyonce that fans and judges enjoyed. Dennis received a 9.975 out of 10 for that performance. She later appeared on The Ellen Show, where Ellen DeGeneres told Dennis that Beyonce enjoyed the routine.