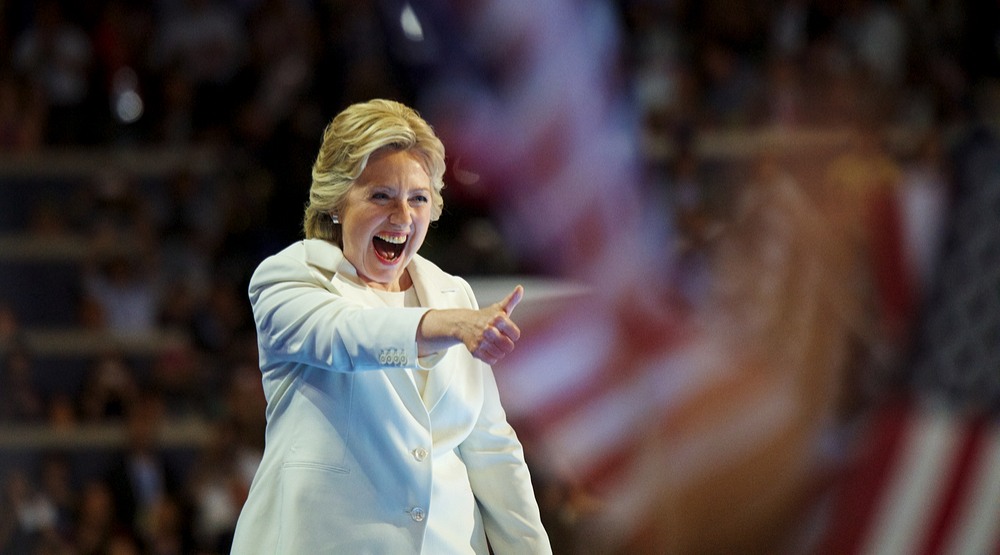 You probably heard by now that Hillary Clinton will be coming to Canada soon to promote her latest book What Happened.

The former Secretary of State will head out on a 15-city speaking tour, where she will talk about her presidential run and the aftermath of her loss, with stops in Montreal, Toronto, and Vancouver.

“What you’ll see will be her story – Live,” states the event page. “She’ll connect with audiences in a conversation about a story that’s personal, raw, detailed and surprisingly funny. She’ll take you with her on her journey and talk about What Happened, what’s next, and what’s on your mind.”

And so what’s the cost of seeing this raw story unfold, live?

The VIP tickets, which don’t include the Meet and Greet, are going for $229. It’s a bit of a jump, but hey, people have questions and want to meet Hillary in person.

Not everyone is lucky enough to run into the Clintons in person.

Just a few weeks ago, former president Bill Clinton and Hillary were spotted vacationing in Quebec, and they were all smiles when Canadian fans took photos with them… for free.