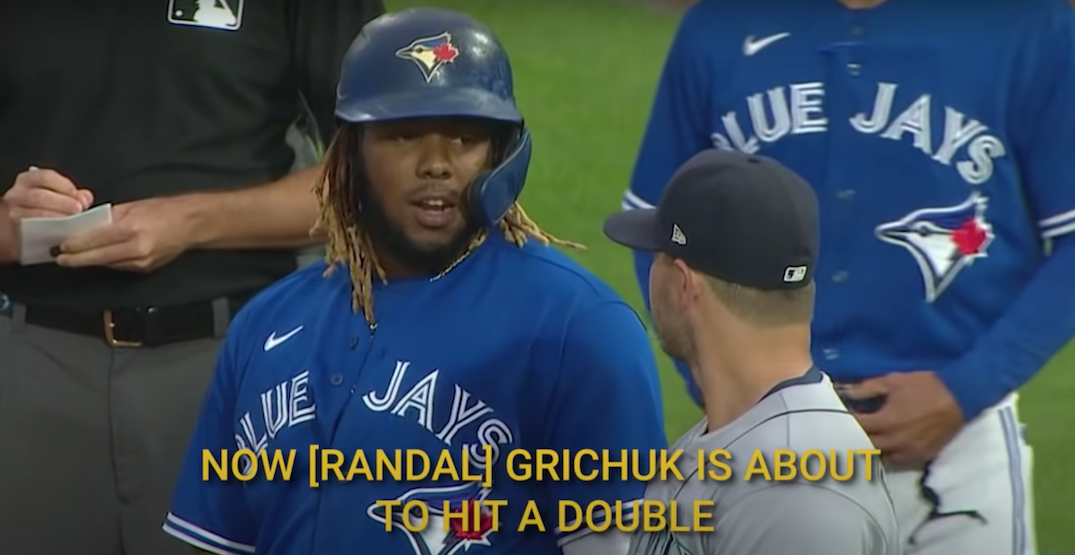 That’s likely why MLB chose the 28-year-old to be mic’d up for their online-only YouTube game broadcast featuring the Blue Jays and Seattle Mariners last Wednesday. What resulted afterwards from the experiment was a boatload of Blue Jays quotable quotes.

Vladimir Guerrero Jr. was arguably the star of the show with several noteworthy lines, but in case you haven’t seen the entire video yet (which you absolutely should watch), here are the best quotes from Hernandez’ mic’d up YouTube game. 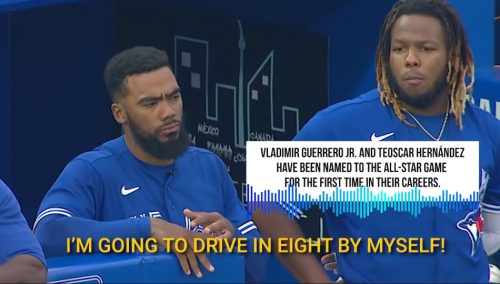 You definitely have to respect the confidence of young Vladdy, as he was certain he could drive in an octuplet of runs all on his own.

Collecting eight RBI’s in a game is one of the few landmarks he hasn’t reached yet; earlier this season, Vladdy drove in seven runs during his three home run game against the Washington Nationals. 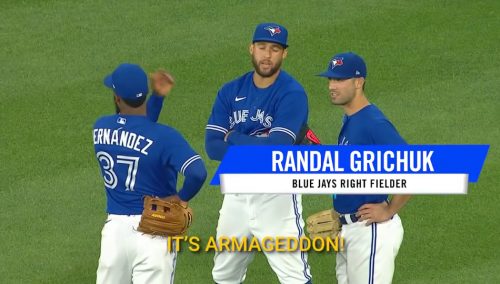 For some reason, the Blue Jays outfielders were dumfounded by some low-hanging fog at Sahlen Field, and George Springer surmised it was simply the end of the world.

7. “You sent me home, and the ball was closer than that one!” 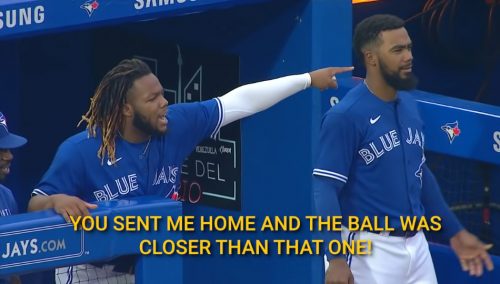 Guerrero was probably just joking around with his third base coach Luis Rivera, but Vladdy notes that Rivera didn’t send Randal Grichuk to home plate on a medium-depth ball to the outfield.

Earlier in the game, the young Blue Jays’ slugger tagged and scored on a ball he deemed even shallower to the outfield. Perhaps his criticism was earnest and wasn’t a joke at all, but either way, this is one competitive fella. 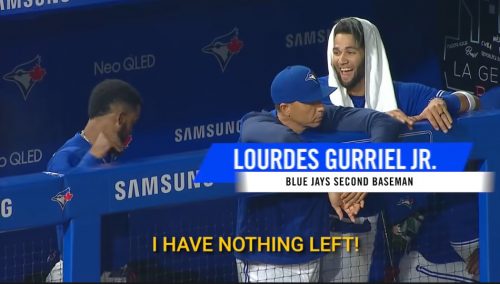 For a brief but shining moment, the Blue Jays clawed back in this game to force a 6-6 tie in the eighth inning courtesy of a solo home run by Lourdes Gurriel Jr. The man known as “Niño” declared to his teammates declared he was out of gas. 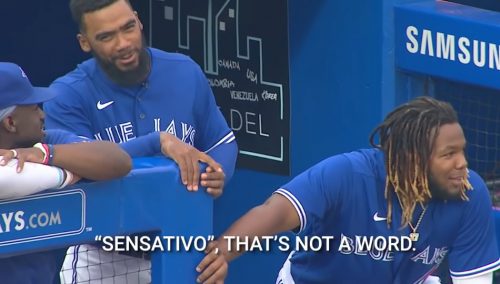 Sure, Guerrero Jr. is one of the best hitters on the planet this season, but that doesn’t mean his teammates won’t fact-check him when he says something questionable. Hernandez kept the 22-year-old in line, letting him know that “sensativo” was not in fact a word.

4. “You low-key have the least amount of swag in the outfield” 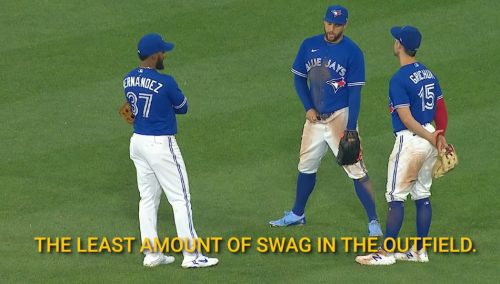 New Balance is the unofficial footwear of dads everywhere, which is why Blue Jays outfielder George Springer noticed his fellow outfielder Grichuk sporting these “dad cleats”.

Grichuk was quite proud of his choice of all-white footwear, but Springer bluntly pointed out Grichuk’s kicks were severely lacking in the swag department. 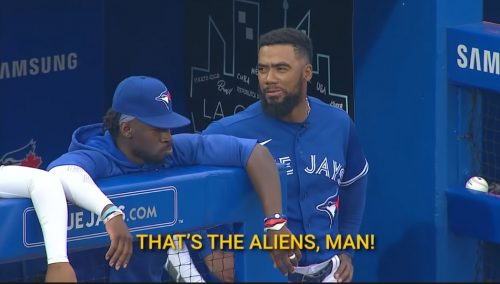 Again, the Blue Jays could not figure out what was going on with the haze surrounding Sahlen Field during this game, but Hernandez drilled down to the core of the issue with a very simple proclamation: it was aliens. 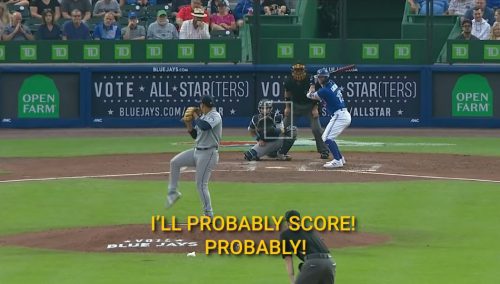 Part of being an excellent baseball player is knowing your own abilities and knowing your own limits. This year, Vladdy has pushed his limits like never before, becoming an elite hitter, an astute pitch tracker, a stellar defender, and a smart baserunner.

So when he told Seattle Mariners first baseman Ty France he was going to score from first base on a double, he meant it. It was like Guerrero foretold the future, as Grichuk lined a double down the left field side, and Vladdy slid safely into home, just as he predicted.

1. “This one is already going bald” 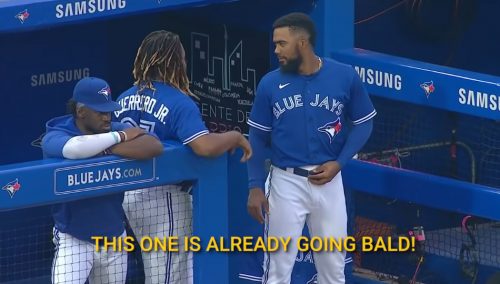 Fighting male pattern baldness is a losing game, and as George Springer rides this tragic wave in his early 30s, it looks like father time is coming for his hairline. Springer’s teammates were quick to note this, as Guerrero had the line of the entire game.

There’s nothing like a 22-year-old chirping an eight-year veteran, World Series MVP and World Series champion. Springer took it all in stride, as he realized he may have to take his hair fate into his own hands before his contract in Toronto expires.