Vancouver’s design scene was foaming at the mouth last weekend, during the annual IDSwest Interior Design Show at the spectacular Vancouver Convention Centre. And while other online media outlets would have you believe it was an event bordering on the spiritual, what with talking heads waxing poetic about the virtues of reclaimed ephemera and upcycled lifestyle management, only Vancity Buzz can separate the wheat from the chaff and bring to you the real goods. 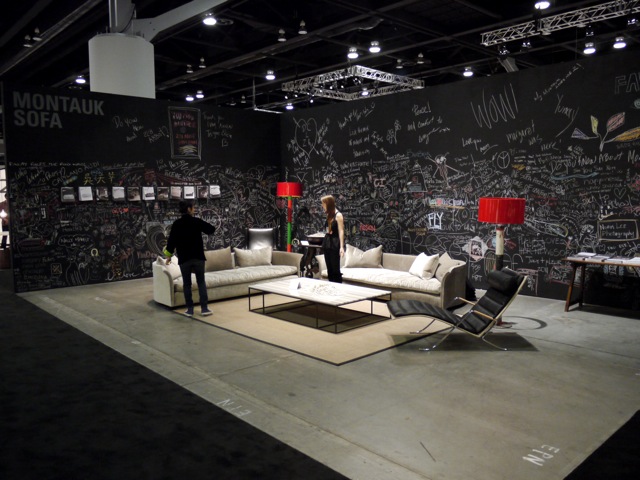 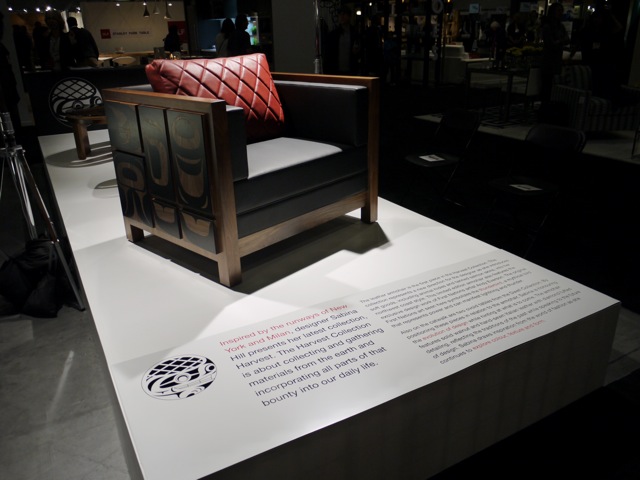 As a design scenester, I love anything that gets a bunch of bestpectacled innovators under one roof. And what better roof than the 6 acre green one, covering our favorite 883 million dollar LEED Platinum certified facility? I wasn’t sure if it was my Italian oxblood loafers or the promise of some high-end design swag that put a spring in my step, but let me tell you, I bounced into that room like a certain rubber topped tiger on the hunt for a certain stuffed yellow bear. Only what I was hunting for was not a Disney character, but the latest in west coast interior design and home accessories. 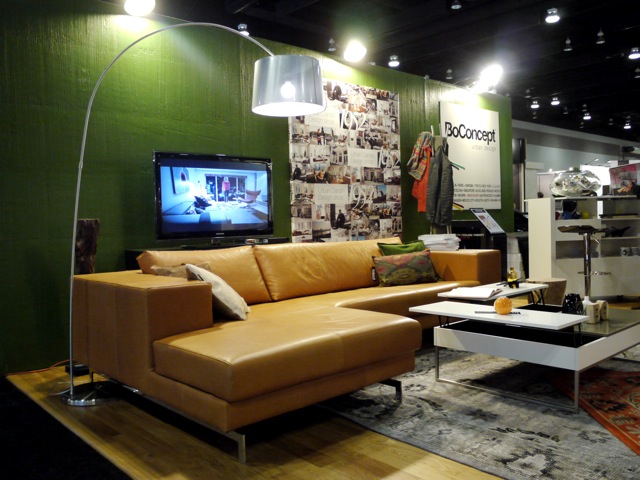 Earlier this year, I wrote about Kevin Wharton, of Designers at Large, and since then he’s not been idle. In between the occasional slaying of a Blue Buck or two, the ongoing development of his Flatfish series and other projects, Wharton has been busy working on a product called Listen|Closely, as part of the Re-Fab project. An initiative between Canada Place and the Vancouver chapter of Architecture for Humanity, to repurpose the old material from the recently renovated 5 sails on Canada Place. Listen|Closely is a series of 75 lampshades cut from sheets of the the fireproof composite material which made up the iconic sails. Cut using one of Wharton’s favorite processes, the waterjet, each of the 75 lampshades is for sale at a price of $150.00 with ALL proceeds going to the HomeStart Foundation, which provides much needed furnishings to those who would not otherwise be able to provide them for their living spaces. As such, Wharton has not only recycled and made better a material that would otherwise sit in a warehouse or spend thousands of years in a landfill, but he has also enabled consumers to help those less fortunate, by buying one (or more) of his pieces. Naturally, each Listen|Closely lampshade, is completely weatherproof, easy to clean and would make a great addition to any outdoor patio or balcony light fixture. This is the kind of design I can get behind. 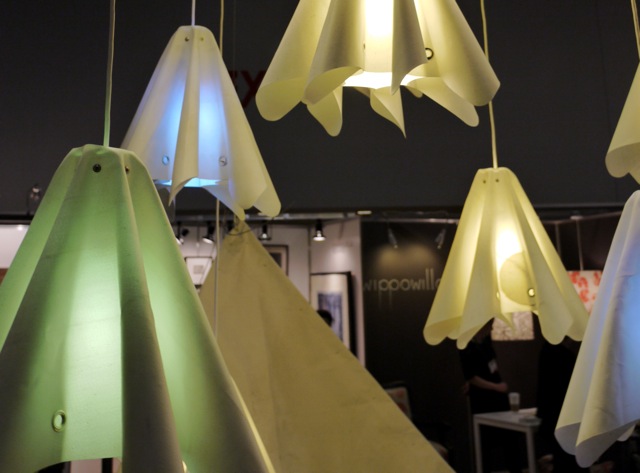 Next up was a quick visit with old friend and former school chum, Pam Troyer, who was recently featured on the major international design site, Core77.com for her Sheer Geometry lighting concept. Using the principle of induction, this modular system can be configured in multiple ways allowing the user to change things up at a moment’s notice. As part of the Future Masters exhibit, Troyer was joined by students from our own local hipster academy, the Emily Carr University of Art and Design, who displayed their own products and designs ranging from a cool one piece xylophonesque percussion instrument, to a moderately well executed series of geodesic influenced slip cast ceramic containers. 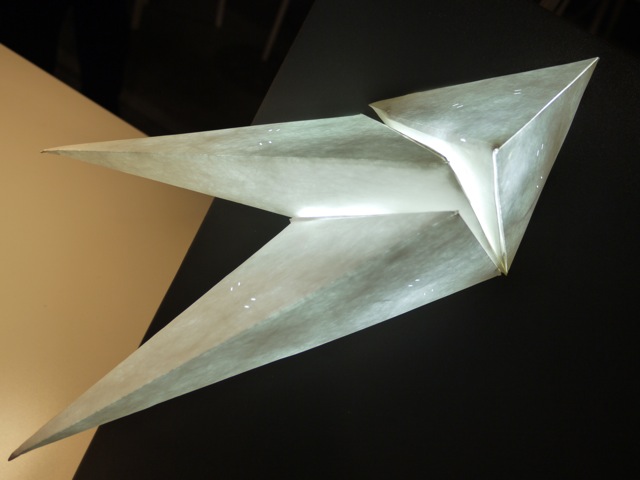 I chuckled at the throngs of people tripping over themselves to walk through the massively overhyped L41 microhouse. Claiming to make it “possible for the millions of people who otherwise could not afford to buy a house, to become homeowners.”, the admittedly well designed and attractive structure by Michael Katz and Janet Corne represents the ultimate cocktease to those who one day hope to own a home. With the intent to be marketed towards, students and even the homeless, the claims made on the L41 website are outlandish as to be almost offensive in today’s uncertain economic times. For now, the prototype, built at an “undisclosed price“, resides empty, at the Great Northern Way Campus. 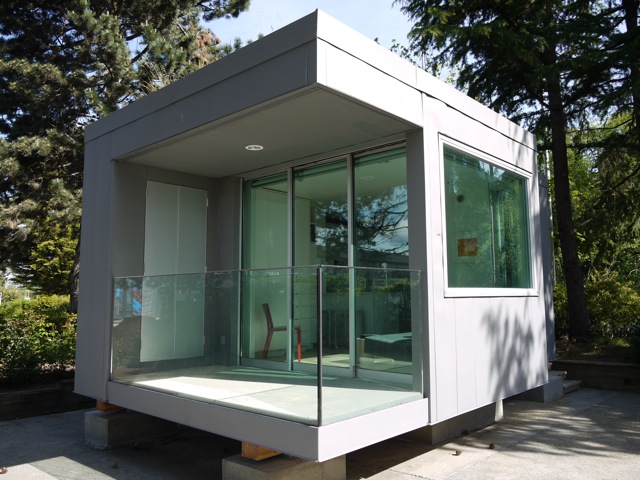 Vancouver design divas, Molo, flaunted yet another variation of their flagship product, the Softwall. And by variation, I mean it’s another size and colour. The Softshelter, designed to provide the illusion of privacy in disaster zones would be a great idea if it didn’t cost an arm and a leg, or if it wasn’t so damn fragile and hard to clean. Overhearing visitors remark about the Softseating stools tendency to develop unsightly crumples, I couldn’t help but remember when some Molo designers I met years ago, referred to the flaw as a “patina”. On the other hand, Molo does make some gorgeous glassware. 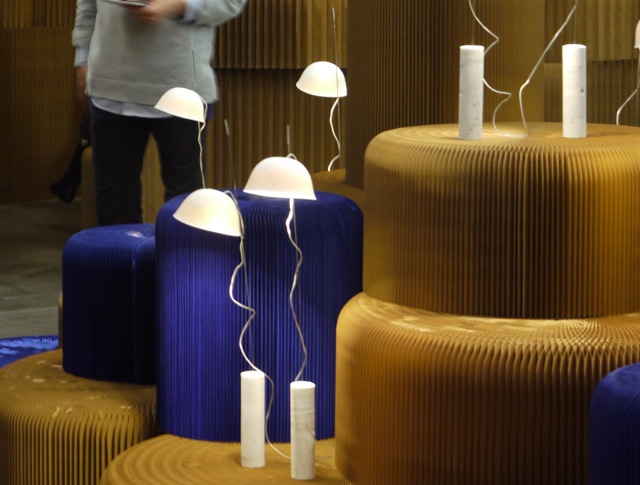 Speaking of soft things, my visit to the good people at Fatboy, resulted in checking out a new take on the venerable beanbag chair, a look at a groovy line of bamboo tableware and a series of neato collapsible plant containers perfect for those tiny Yaletown balconies. 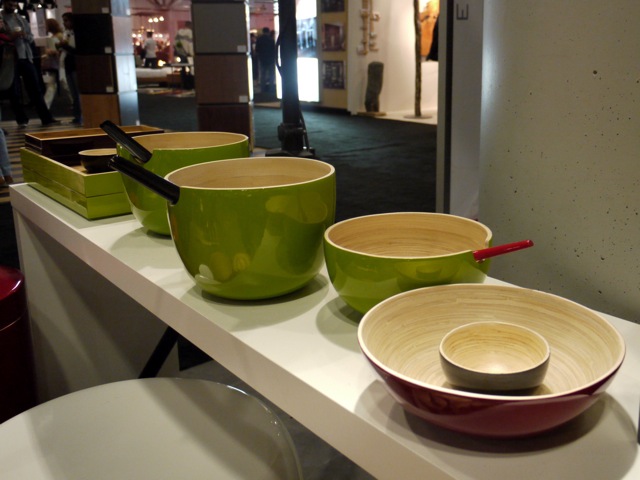 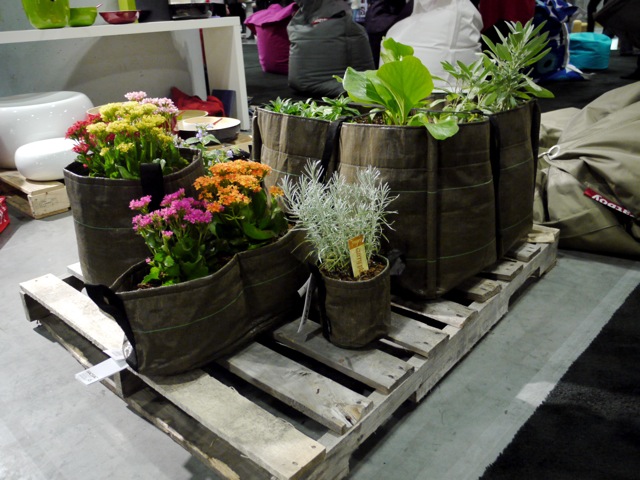 Reclaimed wood was definitely a big component at this year’s IDSwest. Gorgeously finished wooden spheres and slabs, fabricated into high end dining room sets and coffee tables would look at home in any evil genius’s mountaintop lair. And at prices ranging from $1200 to the mid tens of thousands, you’d have to be a supervillain to afford them. 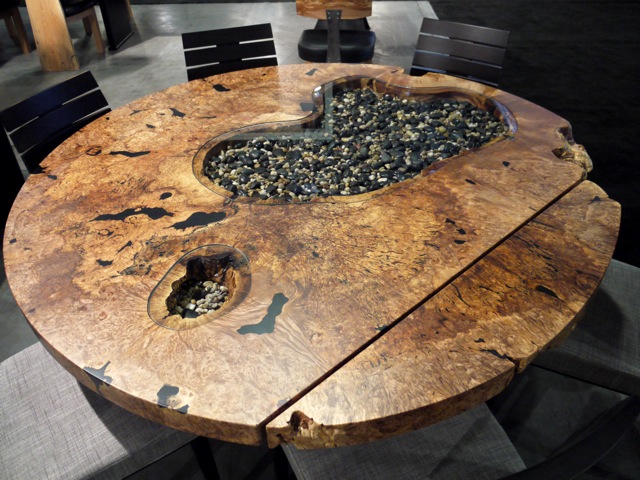 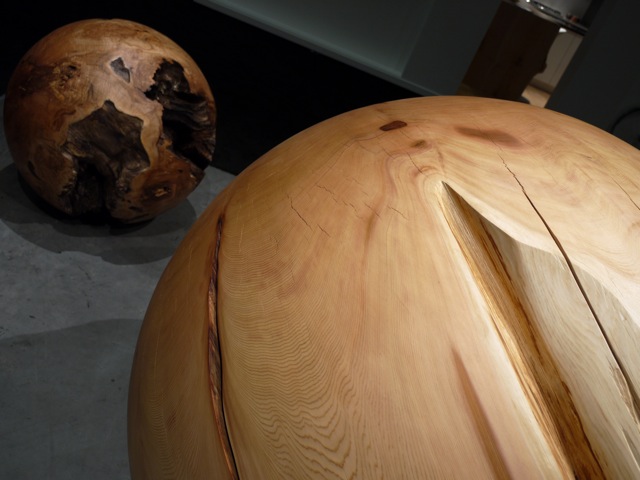 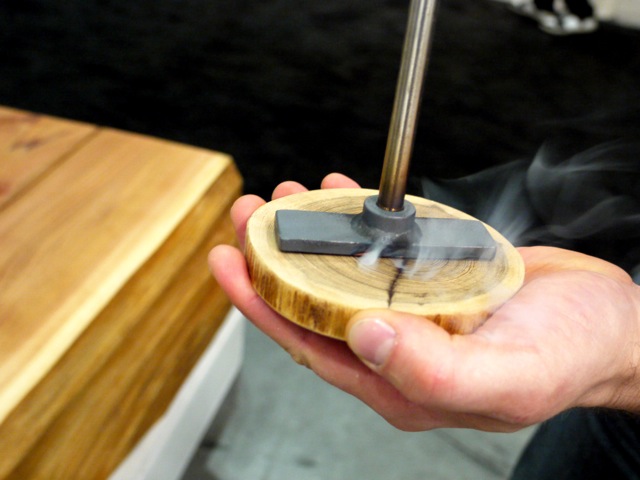 I’m not easily impressed, but La Scala‘s whizbang display sculpture and ultra high end home automation caused me to drool a little bit and across the hall, ECUAD alumnus, Judson Beaumont brought smiles to faces with his furniture inspired by cartoons and life’s little absurdities. 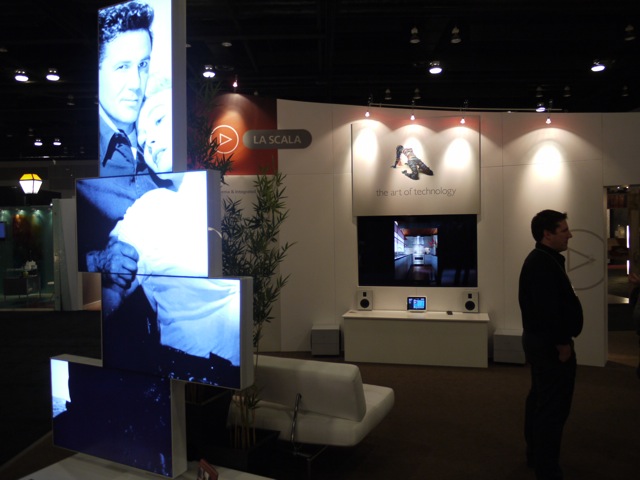 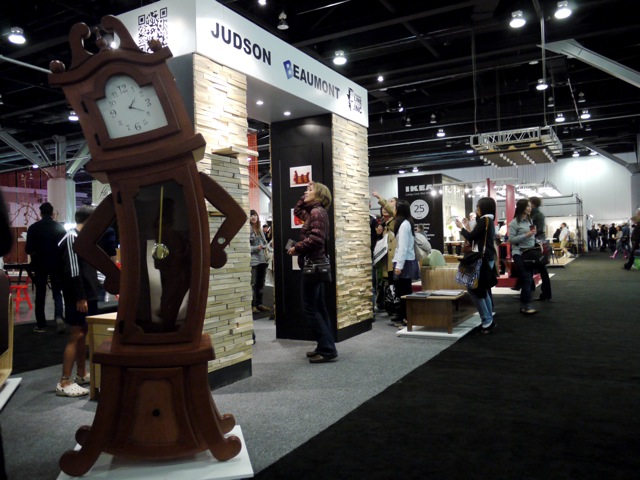 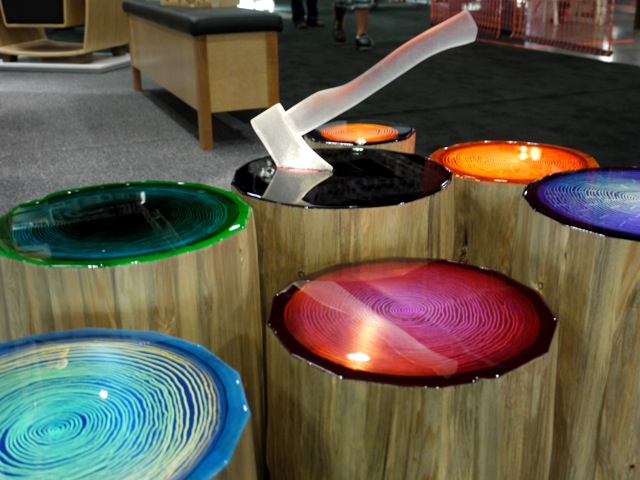 A quick visit to the Tom Dixon Bar at the centre of the exhibition proved to be not particularly inspiring, save for the rage inducing prices of domestic beer. Dixon’s light fixtures, while desirable, weren’t necessarily mind blowing, although learning about the process in my gifted copy of his book, “Extremism”, put into perspective what Dixon tries to achieve by subverting manufacturing techniques and using them to produce objects not typically associated with said methods. Thanks, sexy design lady, for the book, and the phone number. 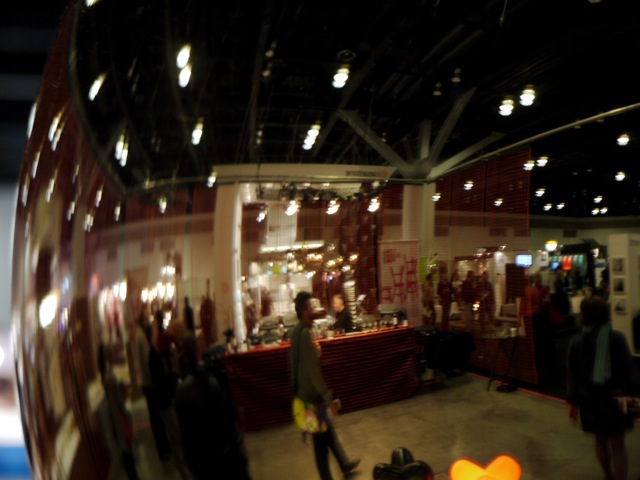 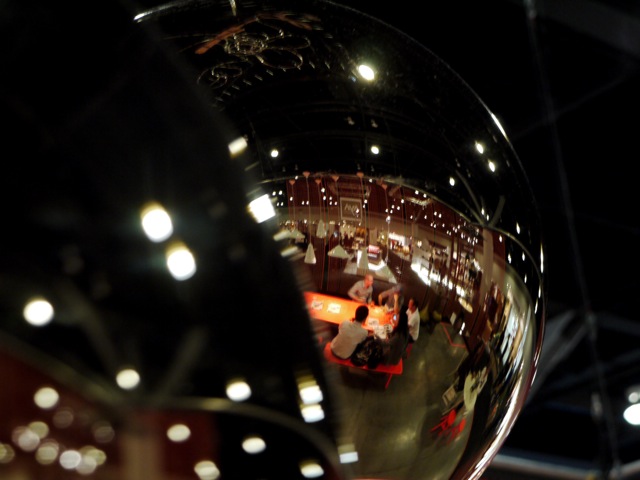 Finally, I looked in on David Catta’s lust worthy and very comfortable Aviator Chair. Inspired by the shapes and hardware used in the aircraft industry, the series of 5 custom made recliners is reminiscent of the forms seen in classic aircraft of the early post-war era. Hand shaped wood and aluminum are combined in a way which brings out both materials opposing qualities in a harmonious package. While the 13 thousand dollar and up price tag may seem steep to some, it’s a small price to pay for a piece that can be handed down generation after generation. 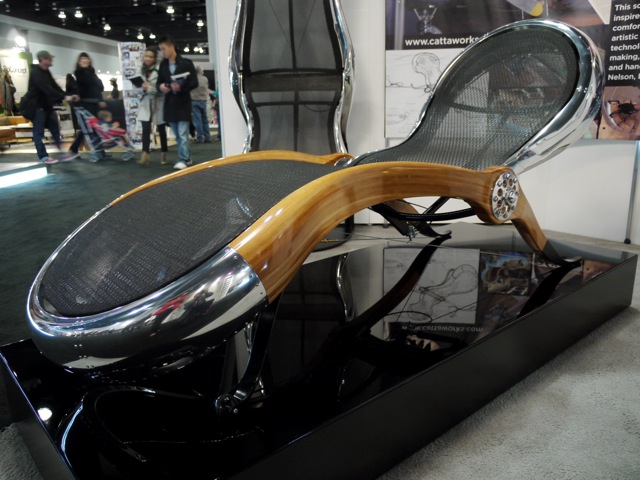 To conclude, I’ll give the IDSwest show a passing grade and honourable mention. Exhibitors at the show have almost unanimously declared this IDSwest show to be the best so far and look forward to its continued maturity. While still susceptible to the easy fix of highlighting the at times lazy design philosophies embodied by outfits such as Molo and the condescending work of Katz and Corne’s L41, it is undoubtedly a necessary growing pain in what is bound to become an important part of western design culture. 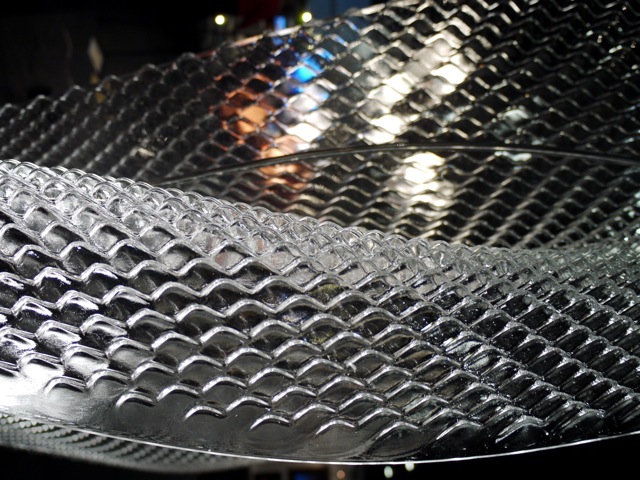 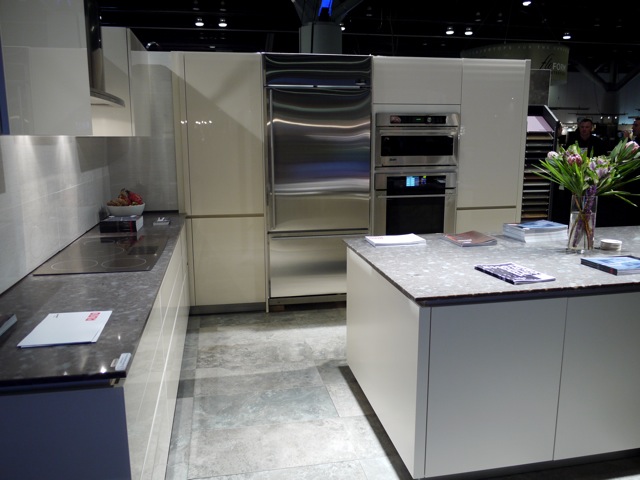