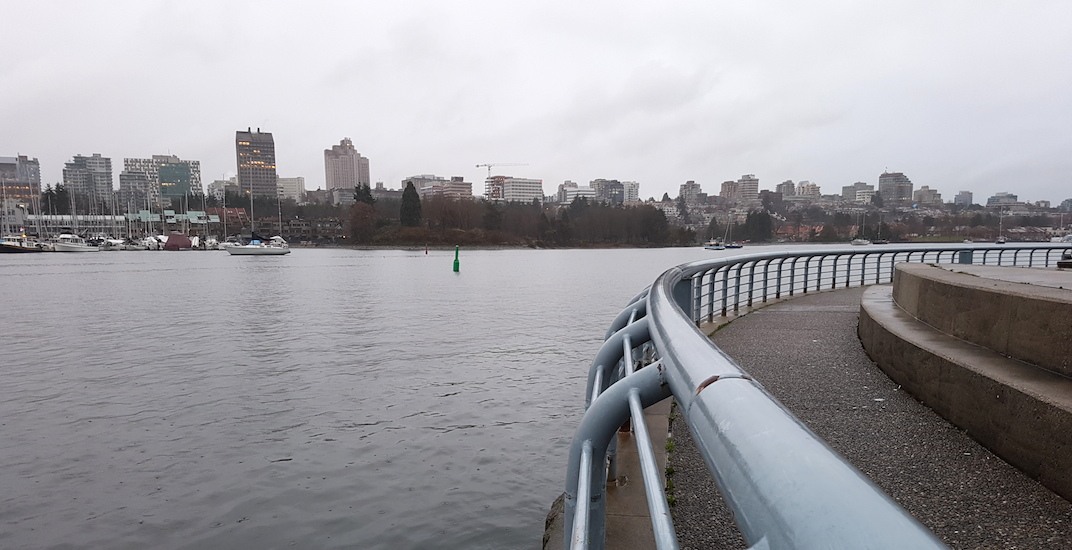 The high tide on December 2, 2017 nearly spilled over onto the False Creek seawall in Yaletown. (Daily Hive)

One of the low-lying sections of the False Creek seawall in Yaletown was just a few inches away from being inundated in water during today’s creeping high tide.

Several areas of Vancouver’s seawall have flooded from storm surges and King Tide events in recent years, and with rising sea levels from climate change these areas are increasingly vulnerable to prolonged flooding.

When Daily Hive captured the high tide at approximately 3:30 pm today, the tide reached a peak cycle height of 15.4 ft. 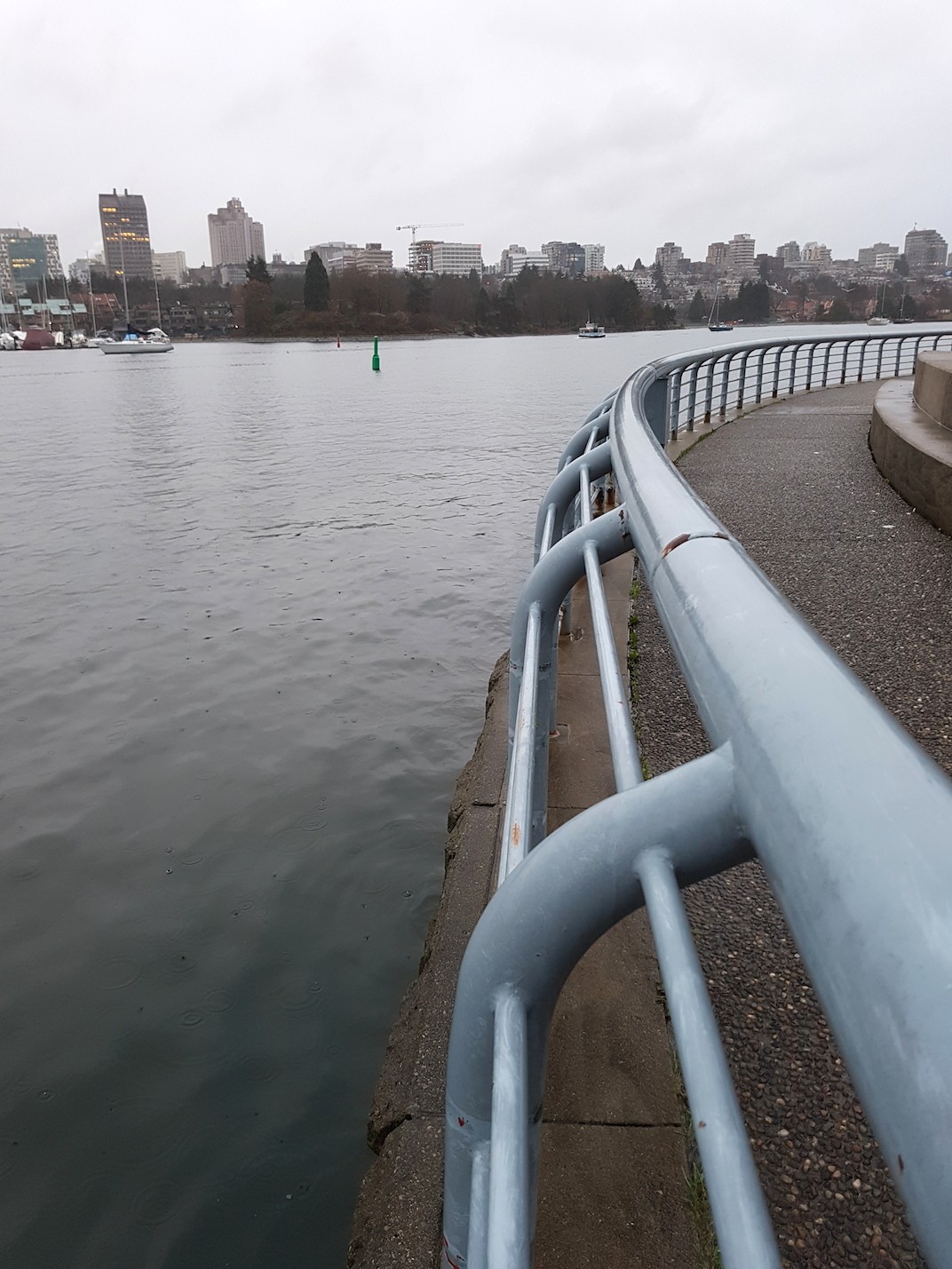 The high tide on December 2, 2017 nearly spilled over onto the False Creek seawall in Yaletown. (Daily Hive)

But next week’s tides during the King Tide period could push sea levels by more than a foot higher than what was experienced today.

King Tides are extreme high tides that happen twice a year when the sun and moon’s gravitational forces reinforce one another.

The tide will be at its highest (16.6 ft) on the mornings of Wednesday and Thursday, based on the tide schedule on Tide-Forecast.com.

Besides False Creek, other optimal areas in Vancouver to spot the creep of the King Tide include Locarno Beach, Second Beach, Jericho Pier, False Creek, Kitsilano Beach, and Lost Lagoon in Stanley Park. These areas could experience temporary flooding during this period.