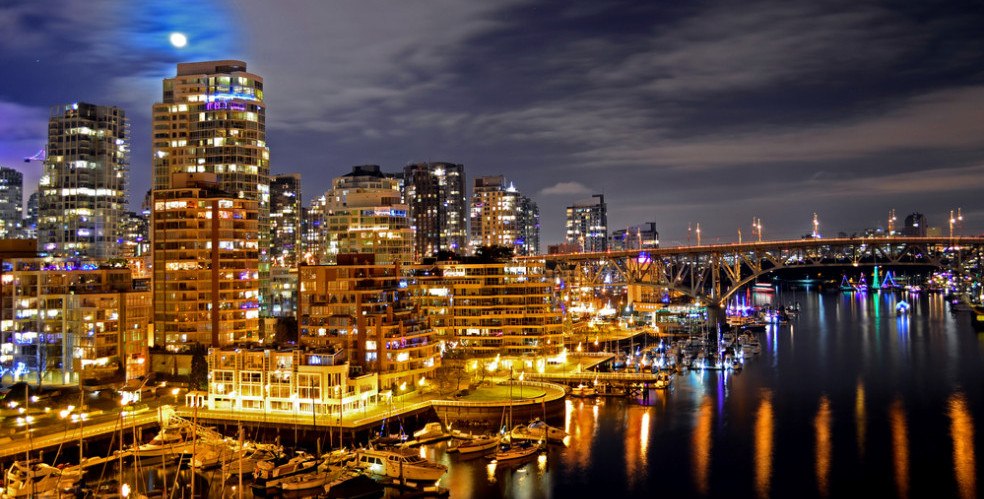 Sorry everyone, I’m going to bring up the elephant in the room.

After working closely with entrepreneurs and investors in this city over the past year, it’s become apparent to me that there exists, shall we say, somewhat of a disconnect between our city’s vulnerable young tech startups and the growth capital that could help them develop into fully-fledged, global entities. And unfortunately, despite all of Vancouver’s promising tech startup pitching sessions, TEDX Talks and tech-oriented Meetup groups, our city’s entrepreneurs are becoming increasingly frustrated and demoralized by the lack of funding they are able to acquire locally, past the early-stage seed or ‘family and friends’ funding round.

“Canada has seen a surge in venture capital investment over the last few years, but it still remains difficult for companies to get their Series A/B financing out of Vancouver, or Canada for that matter,” says Justus Parmar, Founder and CEO of the Parmar Group, who has helped more than 100 early-stage companies raise a combined $100 million in funding and is currently seeking B.C.-based tech companies to invest in.

“I see companies consistently heading south to the U.S. to raise these larger rounds. The tech industry here in Vancouver is growing, but it still has a long way to go in order to catch up with major international tech hubs.”

Silicon Valley North? Not so much

Vancouver is not Silicon Valley, and nor is it Silicon Alley (New York), where investors have been chucking billions of dollars at relatively inexperienced entrepreneurs for the past decade in what has been dubbed “investor FOMO” – or the ‘fear of missing out’ on obtaining a slice of the next Facebook, Amazon, or Uber.

Yes, Microsoft and Amazon have opened up headquarters here – promising steps toward a healthier tech ecosystem of course, but we cannot expect the investment culture in Vancouver to match the more aggressive nature of Silicon Valley or New York.

For one thing, the global economy has changed drastically since 2008, when the onset of theGlobal Financial Crisis caused several of the world’s most robust markets to wither and then implode. In the U.S. alone, hundreds of banks failed and were liquidated, acquired or bailed out by the government.

Meanwhile, Vancouver’s healthy real estate industry weathered a brief wobble but remained mostly intact, while Canada’s prudent banking system meant that our banks remained profitable and continued to lend. In 2008, the tech industry had barely recovered from thedot-com crash of 2000, meaning there wasn’t much incentive for local investors to dip their toes into uncharted waters – real estate and mining were still going strong at the time, so things mostly ticked along as they had pre-Crisis.

Our somewhat sheltered economic environment has meant that investors here in Vancouver have been a little slower to adapt to tech than some of the world’s most thriving tech hubs. And the unfortunate result is that our city’s most promising young tech startups often end up having to relocate to the cities where the money flows more freely and the experienced mentors and talent that can help them grow are more easily accessible.

Unfortunately, the current economic climate also presents several strong disadvantages to any Vancouver-based entrepreneur seeking to raise capital locally. Like the rest of Canada, within the span of a few years Vancouver has been forced, somewhat reluctantly, to shift from a largely resource-based economy to an increasingly tech-based economy. And while Vancouver has no shortage of available capital, it is mostly in the hands of an older, oil/mining/gas/real estate-focused generation of investors. Currently, we are at the bottom of a five-year mining bear market that has been particularly hard on Vancouver. The recentcollapse of the oil market coupled with China’s economic slowdown has left many feeling bruised and bearish, while the resulting volatility of the stock market and the depreciation of the Canadian dollar have only encouraged investors to tighten their belts.

It begs the question: are investors in Vancouver apprehensive about transitioning into tech?

“Yes,” Parmar says. “I mean it’s understandable – tech is still a risky investment. But actually, it can be done very effectively when it’s selective and strategic.”

While a lack of available risk capital in Vancouver may remain an obstacle for local entrepreneurs seeking funding, Parmar thinks there is hope to be found in a more strategic approach than the old “spray and pray” investment model, in which investors spread capital across a widely diversified portfolio of private companies in the hopes that one or two will produce a positive return.

“We are facing a totally different economic situation today than we were at the start of the current tech boom ten years ago, so there needs to be a more efficient model of investment going forward. Young tech startups are extremely vulnerable – the failure rate is still around 90%. It’s really important for these companies to find an investor that can help beyond just capital injection – someone who can provide a solid growth strategy.”

How to grow a tech startup

In fact before 2013, Parmar, who had spent the previous eight years financing mining companies, had not yet forayed into the tech arena himself. It was through a lawyer friend of his that he was introduced to his first prospect, the Vancouver-based VoIP technology company Apivio Systems.

“Much like today’s situation with the stock market, the biggest challenge we faced when investing in Apivio was the market, which had recently suffered a severe correction – there weren’t many significant financings happening at the time.”

“Our group invested $500,000, introduced them to some strategic investors in the community, and completed a $1.5 million go-public offering. I continued advising them corporately, gave them guidance and continued to support the stock in the aftermarket”

“They are on track to do over $50 million in profitable revenue this year, up from $30 million in annual revenue at the time of listing,” Parmar says.

Currently Apivio, which had a pre-money valuation of $10 million at the time of going public in 2013, is worth more than $23 million in the market.

Recently, the word “broken” is how the traditional VC model of investment is being described, in reference to the staggering 92% failure rate that still applies to tech startups today. That’s a lot of wasted capital – not to mention broken dreams. Yet it appears that as the tech industry keeps maturing, investment into tech is evolving alongside it, becoming more about personal preference and strategy, and less of a numbers game.

“One thing many Vancouver-based entrepreneurs might not be aware of is that they have direct access to one of the largest Venture Capital focused stock exchanges in the world – theTSX Venture Exchange (TSX V). This can be a great alternative to raising money from VCs. It’s one of the few ways that investors can get liquidity, while founders get to keep control of their company,” Parmar explains.

“TSX V investors are used to the ups and downs that come with investing in early-stage companies, and as resource markets continue to struggle, they too are looking to pivot into tech and other non-resource industries.”

As the old saying goes, every cloud has a silver lining, and within every economic downturn there lies the opportunity to re-group, streamline and operate more strategically. While it’s true that Vancouver’s booming real estate market continues to attract the lion’s share of investment capital from both domestic and foreign sources, this may be the dawn of a promising new approach to strategic investment that will breathe new life into our tech economy.