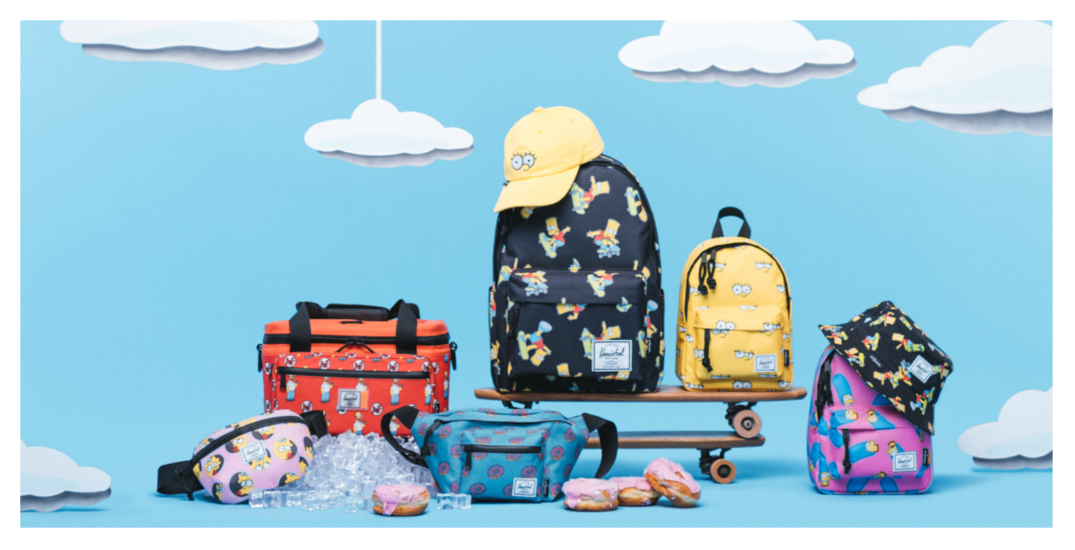 The first episode of The Simpsons aired on December 17, 1989. Since then, the iconic series has captured the hearts of millions around the globe, and Homer, Marge, Bart, Lisa, and Maggie have become an integral part of our homes and families.

Creator Matt Groening revealed in an early interview with the BBC that his original idea for the characters was actually rabbits and that the result of humans was “of a last-minute frenzy.” Their unforgettable colouring is an unusual choice for a cartoon, the idea of an animator, to which Groening responded, “This is the answer! Because when you’re flicking through channels with your remote control, and a flash of yellow goes by, you’ll know you’re watching The Simpsons.”

Set in the fictional American city of Springfield, The Simpsons has reinvented the wheel and is the longest-running animated series in television history.

From Marge Simpson’s Playboy debut to a groundbreaking collaboration with Balenciaga at Paris Fashion Week, the cultural impact of the characters in mainstream media has been significant. 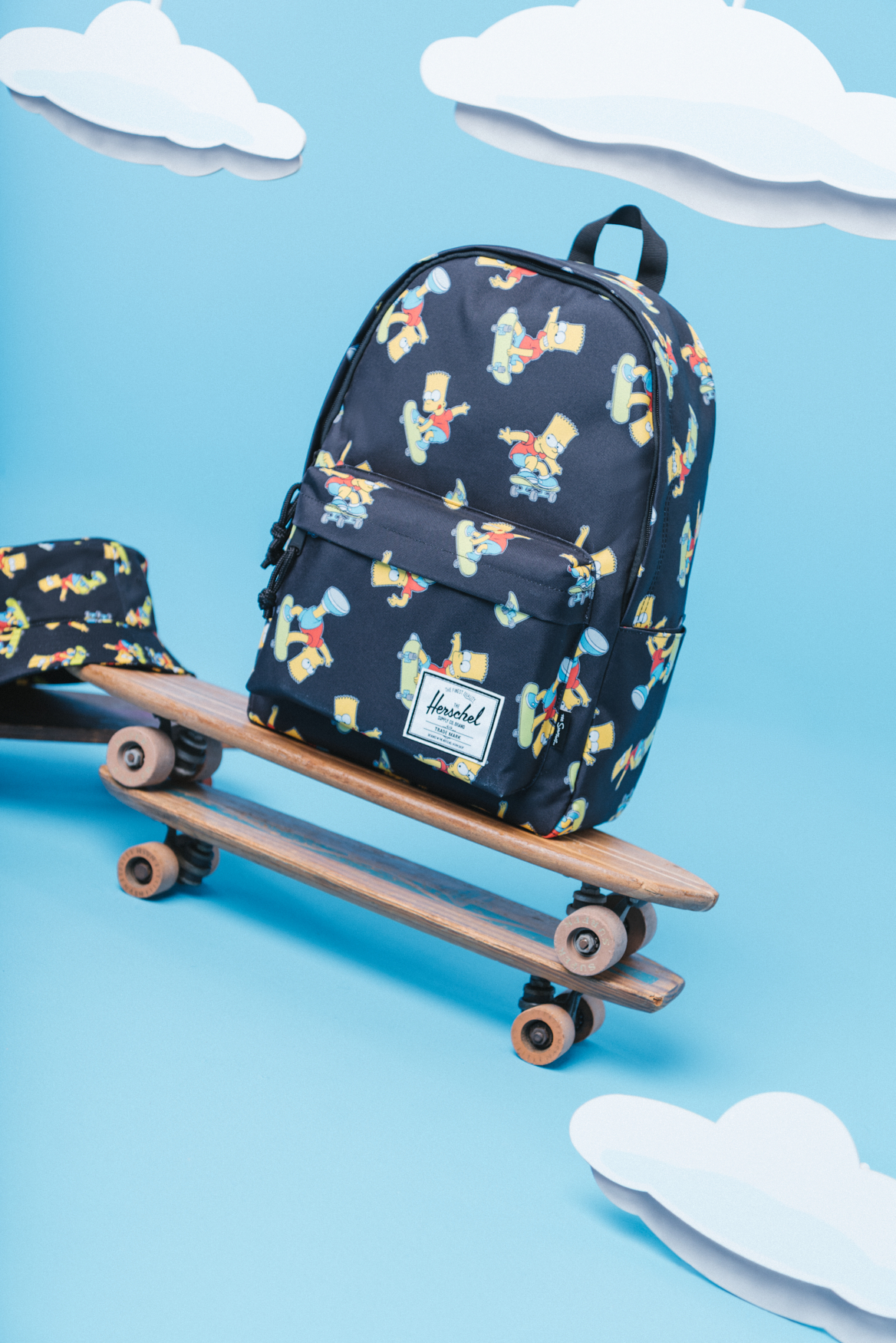 First teased through social media last week, fans of the award-winning show and Canadian lifestyle brand Herschel Supply will be thrilled to hear of a limited partnership releasing globally today.

The collaboration introduces an all-new collection of signature Herschel silhouettes, made from recycled fabrics and featuring five prints celebrating the family, with an additional design inspired by the show’s legendary Duff Beer. 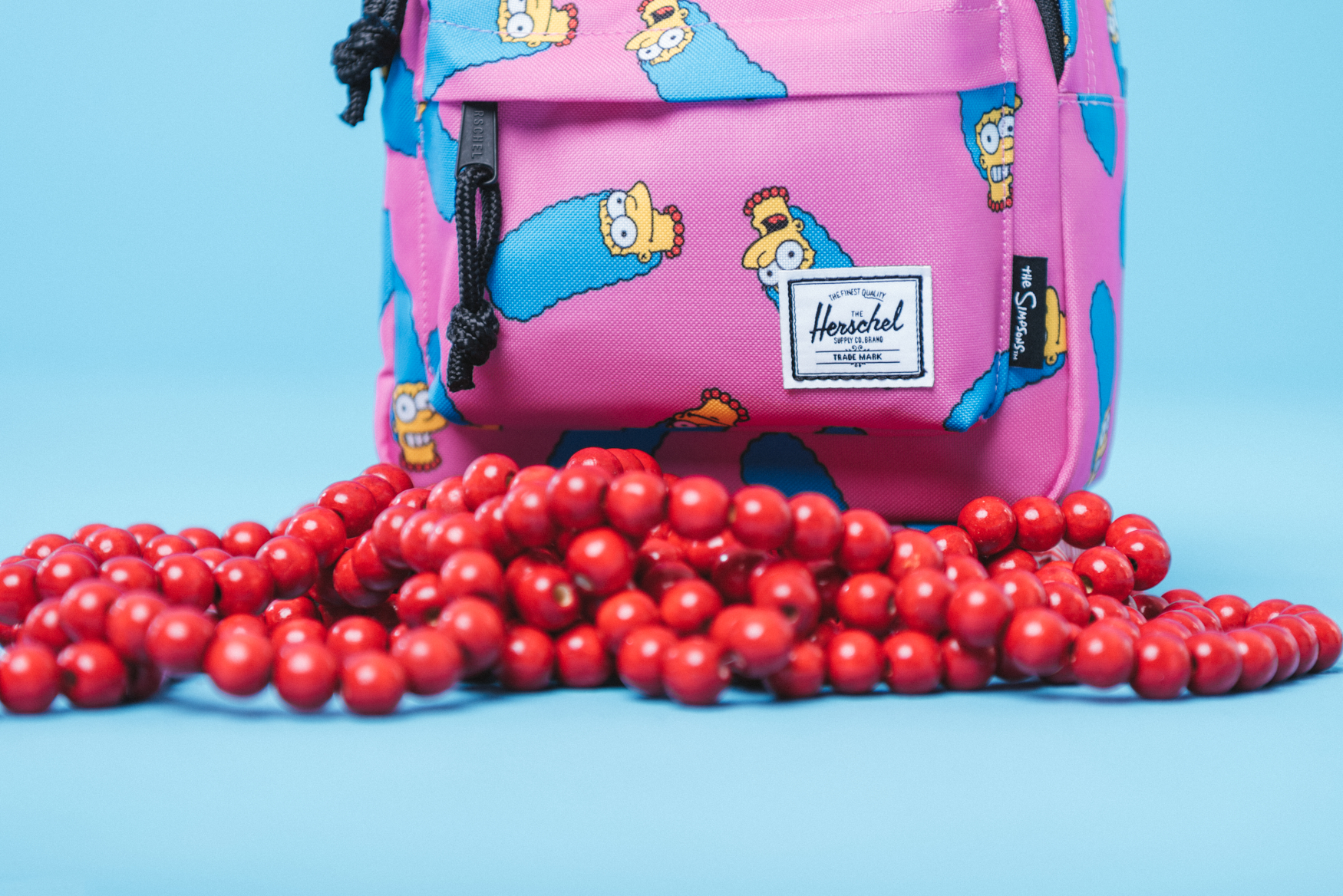 Jon Warren, VP of Product at Herschel Supply shared with Daily Hive, “When the show came out, The Simpsons redefined what a cartoon could do. We wanted to create something timeless like the show, but we also wanted to celebrate each individual character.” 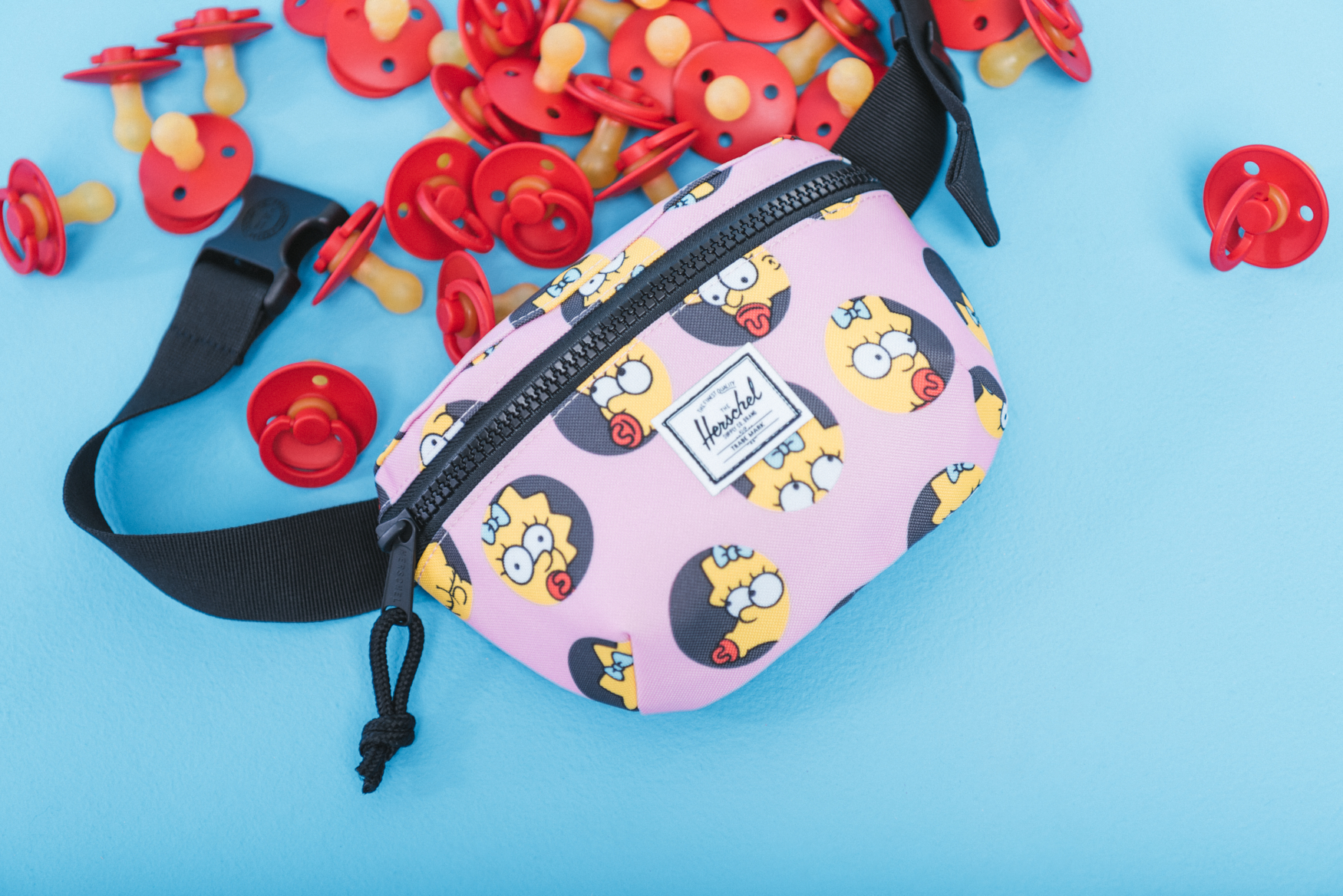 “Each bag is designed around what we thought best represented each member of the family, reflecting some key element of the character: for Homer, it was a given to do the donuts, Marge was her hair, Bart with his skateboard, Lisa, and her eyes, which always captured her attitude, and Maggie framed behind polka dots,” Warren said. 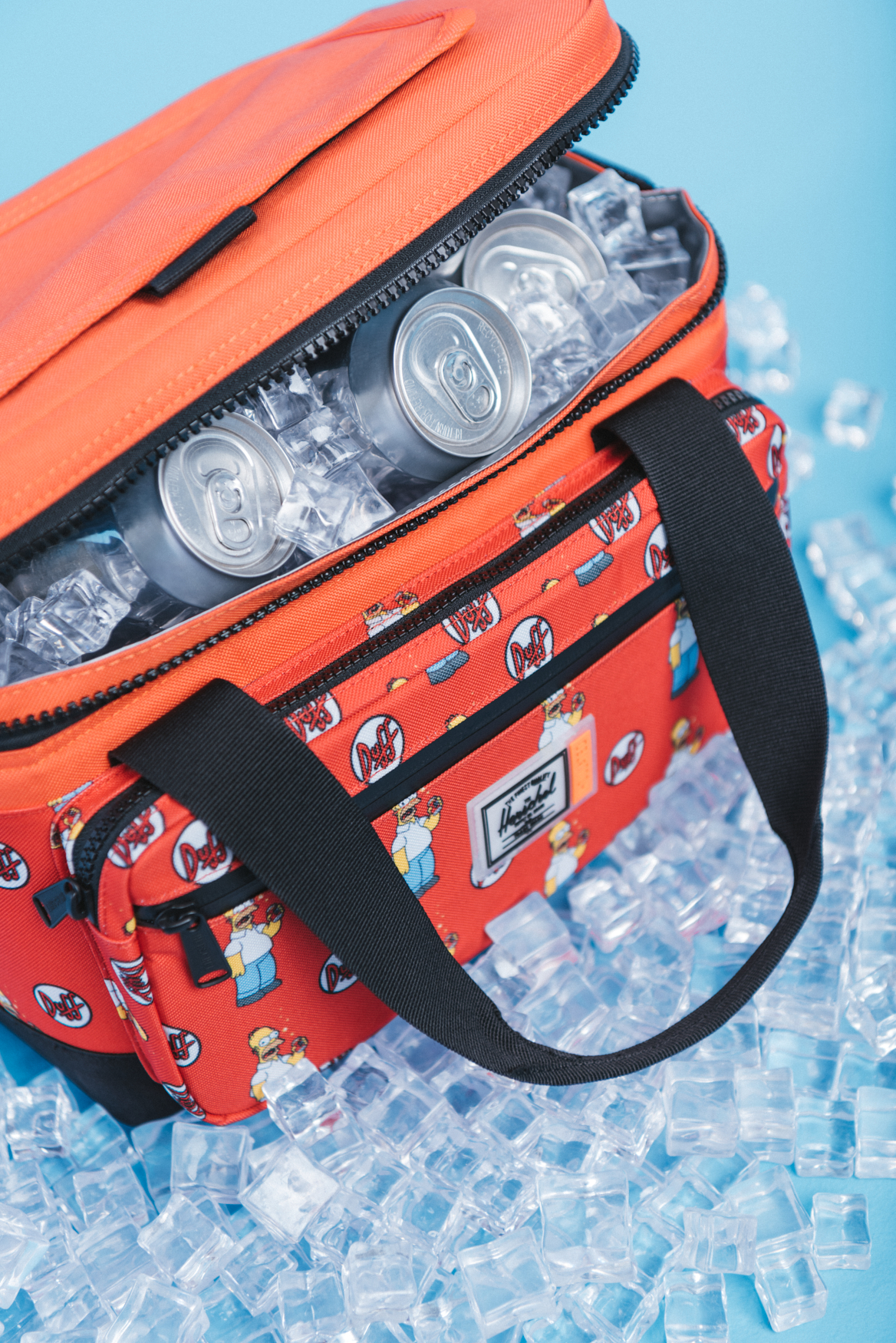 By pairing some of their most well-known bags with the show, and infusing the personalities of each character, the result is an innovative and lasting capsule.

The Simpsons for Herschel Supply Collection is available now at www.herschelsupply.com and select global stockists.