What do you get when you cross a beatboxing Puss In Boots, a Taylor Swift parody and hashtags? A charming, if unpolished, “A Modern Fairy Tale.”

Orthros Theatre Company’s A Modern Fairy Tale transports the audience to Kingdom Town where fairy tale characters burst out into song and dance in between taking selfies. There are several plot-lines to follow, including a blooming romance between Wolf and adult Red Riding Hood, Rose Red trying to help her catatonic sister Snow and Boots the Cat is attempting to organize an animal-person revolution. LGBTQ and gender themes also play into the stories.

Written, directed and choreographed by Lisa Simon, A Modern Fairy Tale plays like a Panto filled with big characters and many winks to the audience. Heroes Wolf and Red, played by Sasja Towe and Julia Fox, have good chemistry onstage. Both have powerful singing voices as showcased in the duet “If They Approve.” Bradford Pellerin plays the villain Hunter with considerable sleeze; the audience broke out into spontaneous boos on opening night when he was onstage, further playing up the Panto feel. Another standout was Katherine Lozada as Snow – her “Trampled Rose” solo as Shadow Dancers performed in the background was particularly haunting. 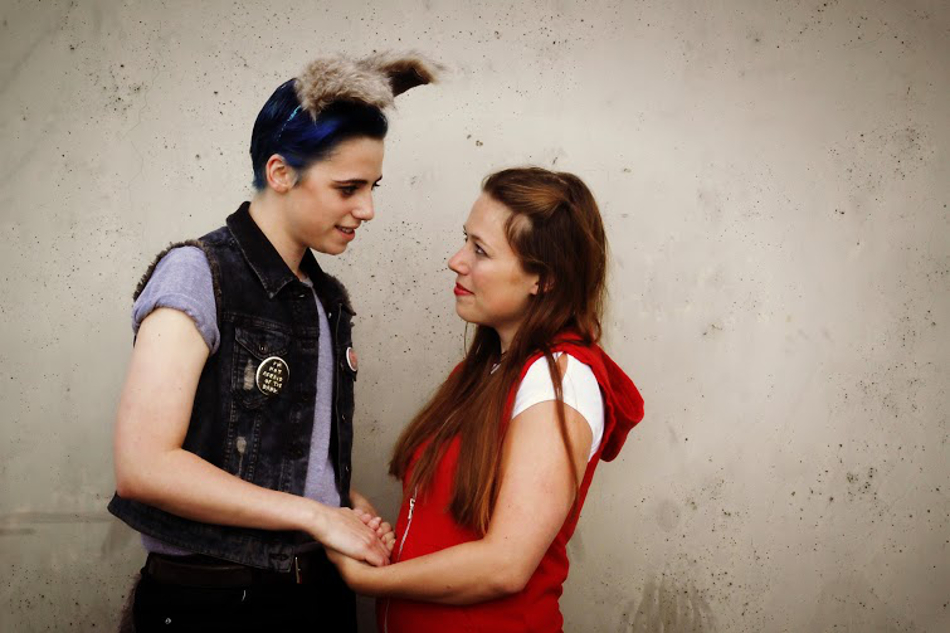 A Modern Fairy Tale isn’t without its hiccups. Sound was a definite issue on opening night, with mic feedback and underwhelming volume from some of the cast. There were a few occasions where the chorus were left onstage with little to do for long periods of time. I also wish more story was dedicated to character development: Hunter belting out “Addicted to You” (a parody of the A Simple Plan rock ballad) would be more effective if I felt connected to his past relationship with Red.

But these are just quibbles in the grand scheme of A Modern Fairy Tale. This is a new work created by emerging Vancouver talent, which should be supported and experienced. Every writer, singer, dancer and actor has to start somewhere, even Neverland.