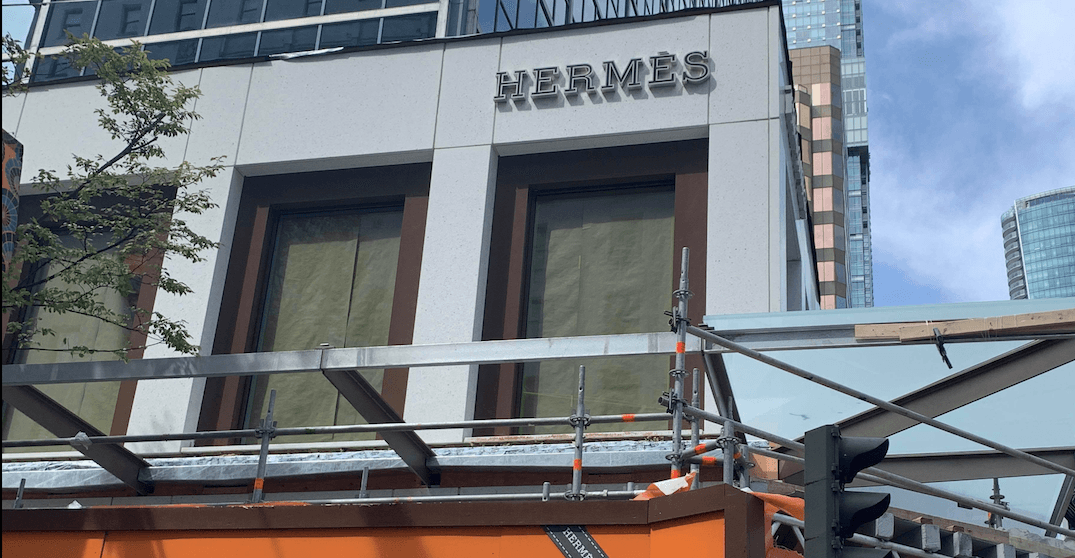 We now know when the massive flagship Vancouver store of french fashion and luxury goods manufacturer Hermes will be opening.

The new boutique is set to open its doors at 717 Burrard Street on Friday, September 13.

The southwest corner of Burrard and West Georgia streets in the downtown core has been concealed by an orange wrap for the past five months as the building undergoes a serious makeover to make way for the upscale boutique. 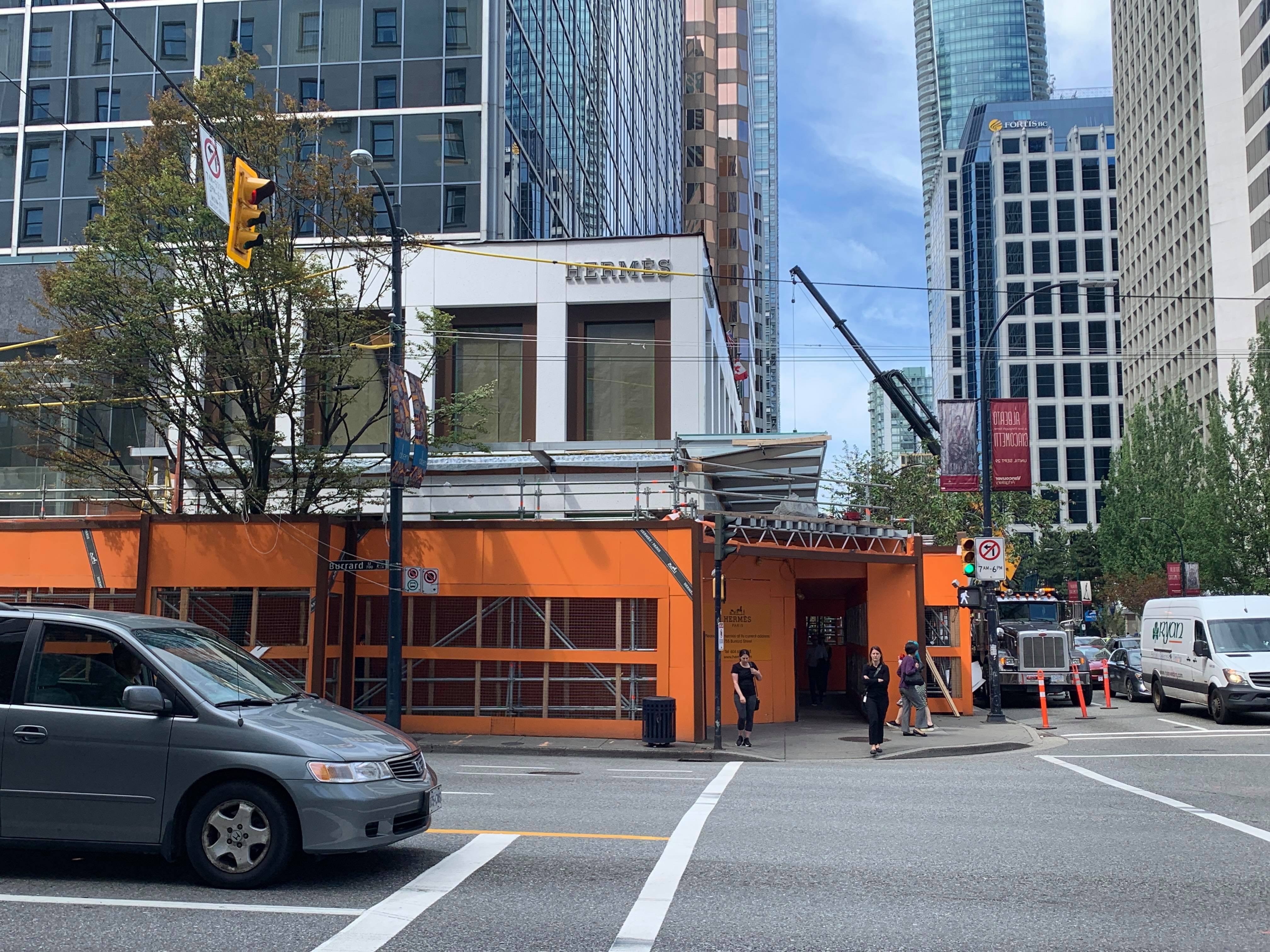 Now, the wrap has come off the second-storey of the prime retail corner, to show off the iconic Hermes signage, although the picture windows facing out to street level on both sides are still papered to conceal the interior.

The new location takes over ground-level retail space previously occupied by a Bell retail store and a second-level space that belonged to Suki’s Salon & Spa. 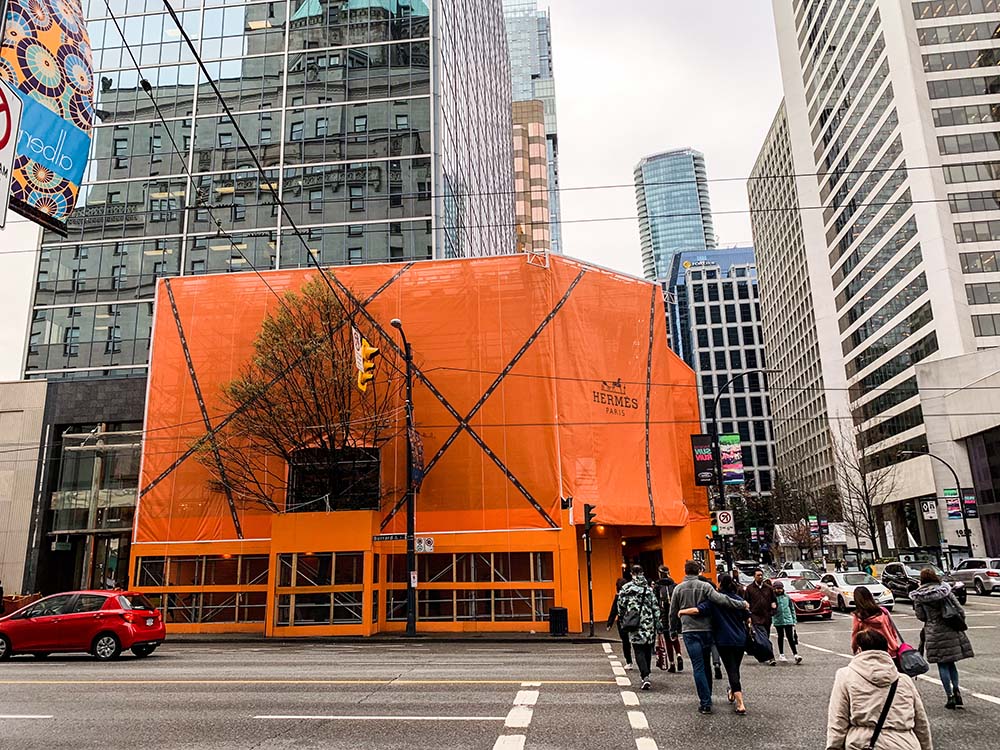 A 2017 report by Retail Insider noted that the flagship store would be similar in size to Toronto’s 12,000-sq-ft flagship space.

Hermes is currently located one block south at 755 Burrard Street, on the corner of Burrard and Alberni streets.