The New Westminster Police Department is looking to the public for help in identifying a suspect they believe is responsible for three separate sexual assaults.

UPDATE: The man has been identified and is in police custody.

On July 7, 2015 between 4:10 and 4:40 p.m., police received reports that an unknown male grabbed the buttocks of three different female victims in New Westminster’s downtown core. In all three incidents the male approached the victims from behind, grabbing their buttocks before fleeing the scene.

The Major Crime Unit is collaborating with the South Coast BC Transit Authority Police, who are investigating a similar incident, that took place near the location on July 4.

The suspect is described as male, approximately 18 years old, with a slim build and long blond hair that may be pulled back in a bun. He was wearing a red t-shirt and patterned shorts and was carrying a skateboard.

Anyone with information regarding the suspect in the photo is encouraged to contact the New Westminster Police Department at 604-525-5411 and ask for Detective Dave Dorazio. 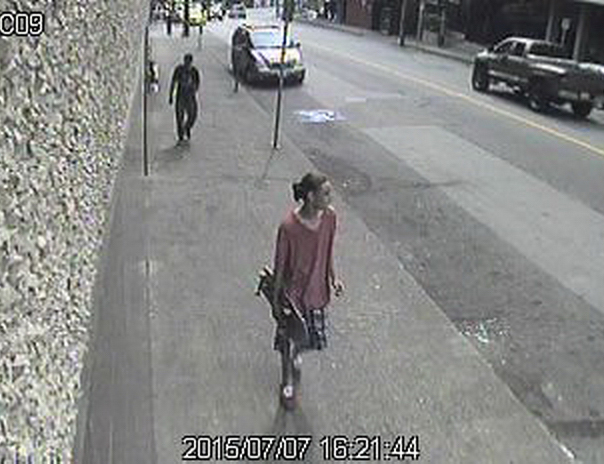