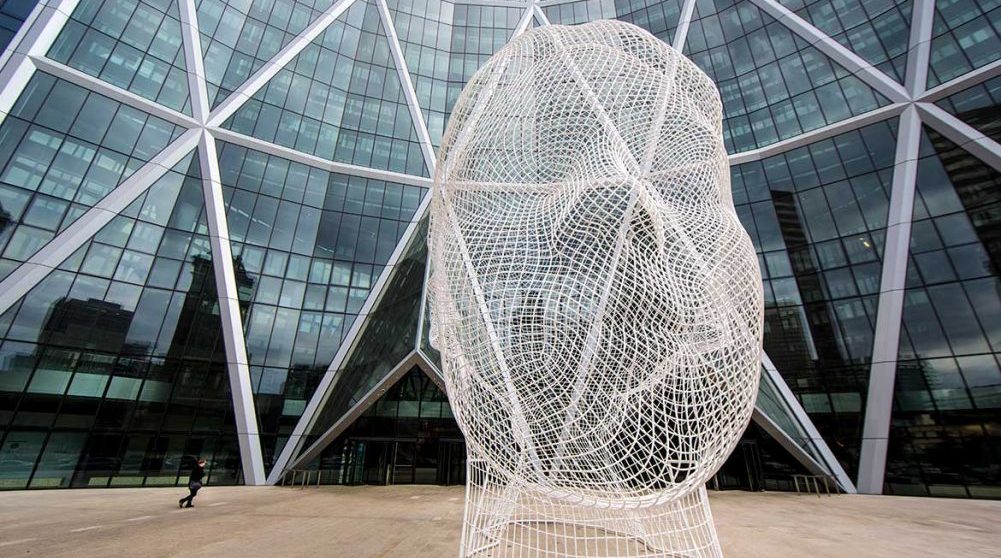 In Canada, Calgary-based firm Heavy Industries have been constructing such creative designs across the country and abroad. The custom construction company has worked with a variety of artists to create public artwork and transform city landscapes.

Since their art is scattered throughout the country, below are some of their most photographed work. 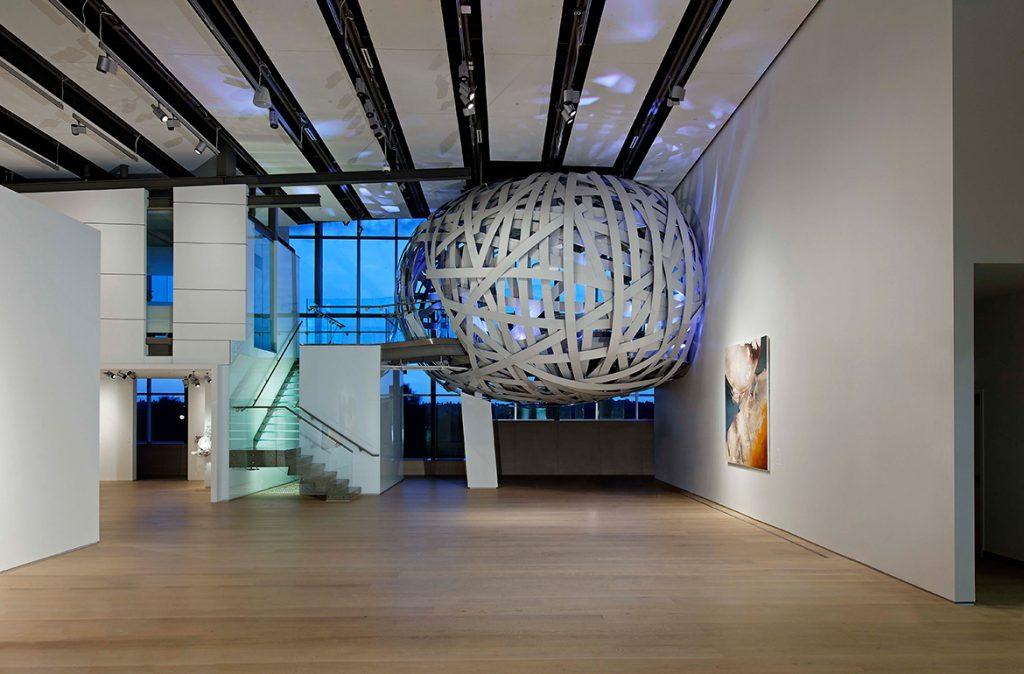 Built at the gallery as an encompassing meeting space suspended in the mezzanine level, it’s hard not to want to have all your meetings in the Nest. The Next was conceptualized by Kasian Architecture Interior Design and Planning.

If you’ve been to Calgary’s East Village, there’s a good chance you’ve come across these glass pillars. The Fort Calgary Sentinels were designed in partnership with Stantec, and represent the history of Fort Calgary’s foundation. 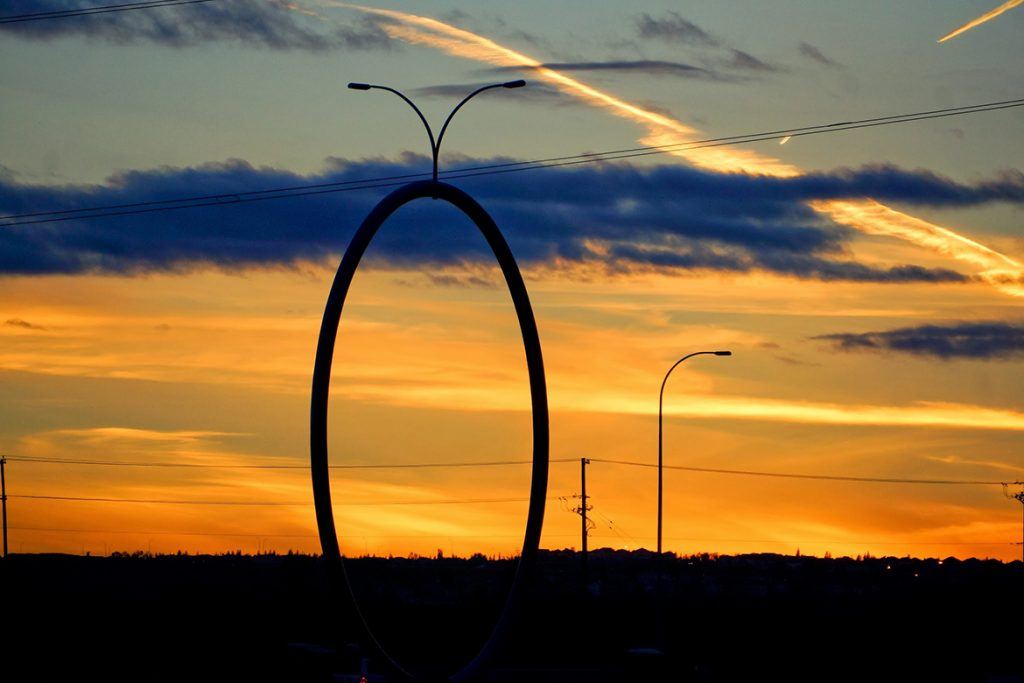 Designed by Inges Idee, the giant, blue Travelling Light is situated in a major traffic corridor and mounted with lights atop it. Although it serves as a functioning light pole, it is also meant to bring the theme of “movement of life.” 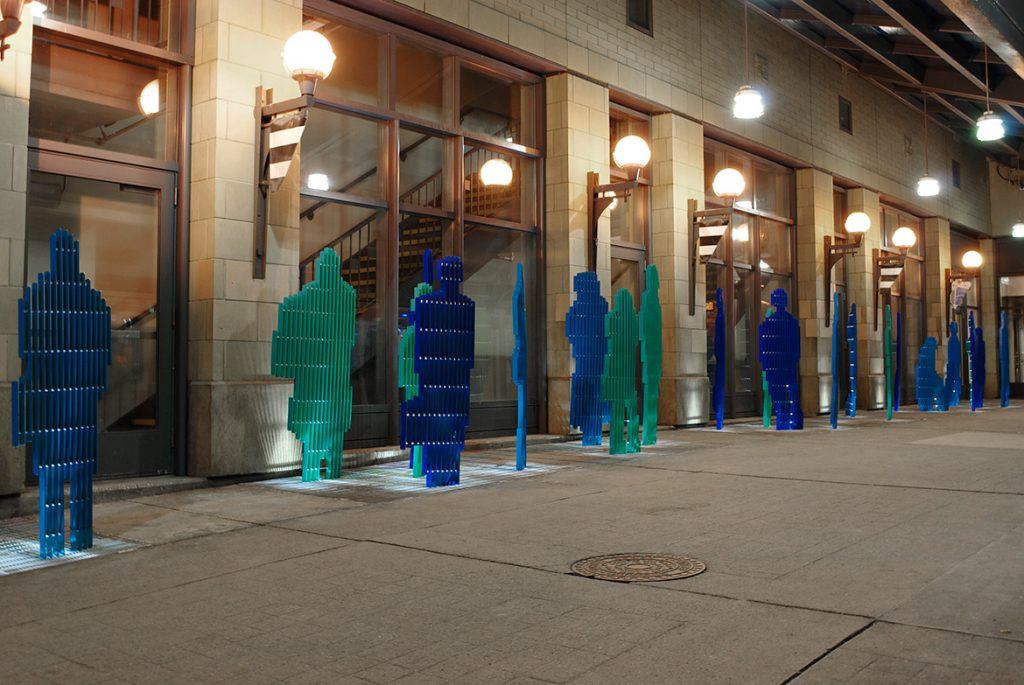 Transit Story was the first public artwork Heavy Industries completed for its home city. The piece, artistically created by Jill Anholt, has a colour-shifting effect when seen from a passing train. 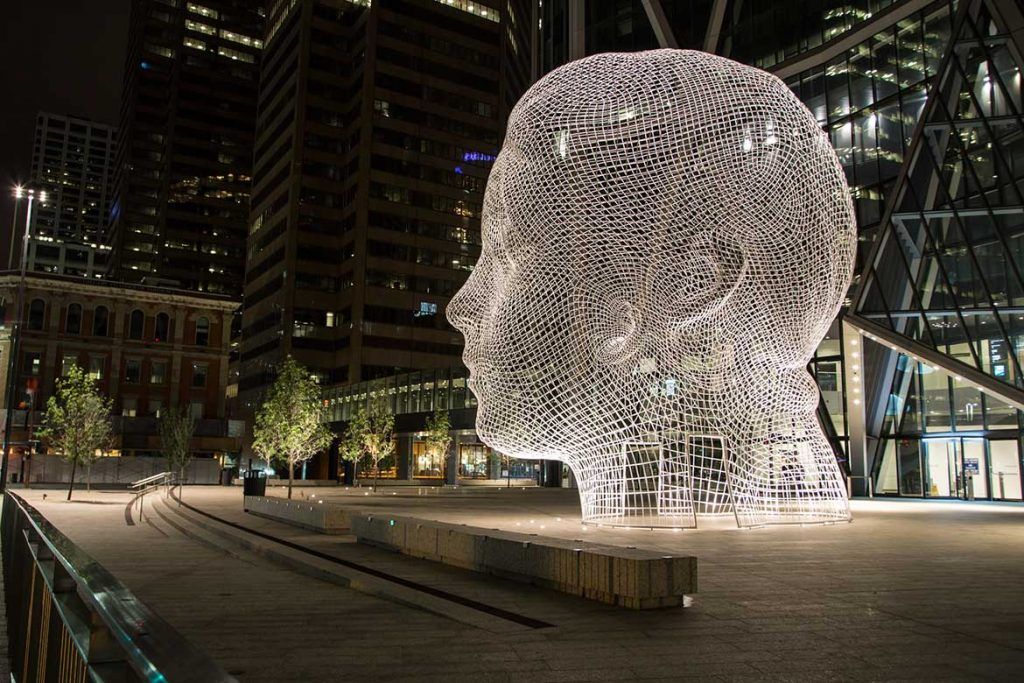 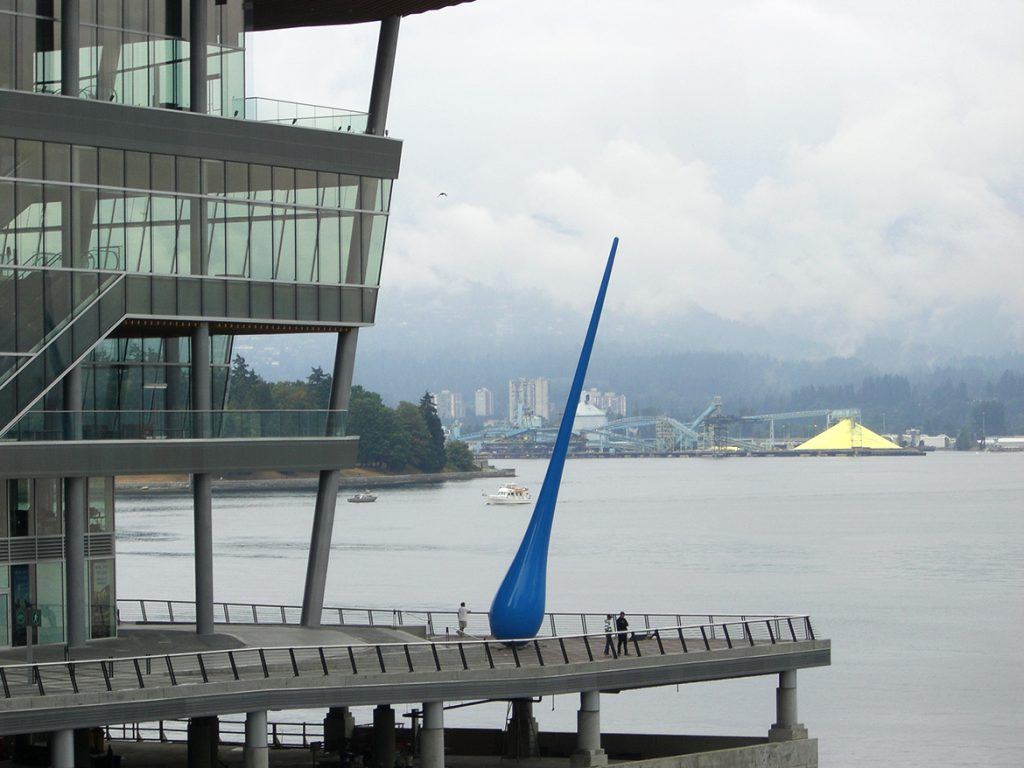 Another piece of art by Inges Idee, this 65′ tall culture of a raindrop is a landmark of Vancouver’s waterfront by the Convention Centre. The Drop resembles the rain and water, both known features of the city, and according to Heavy Industries, it also pays homage to the power of nature. 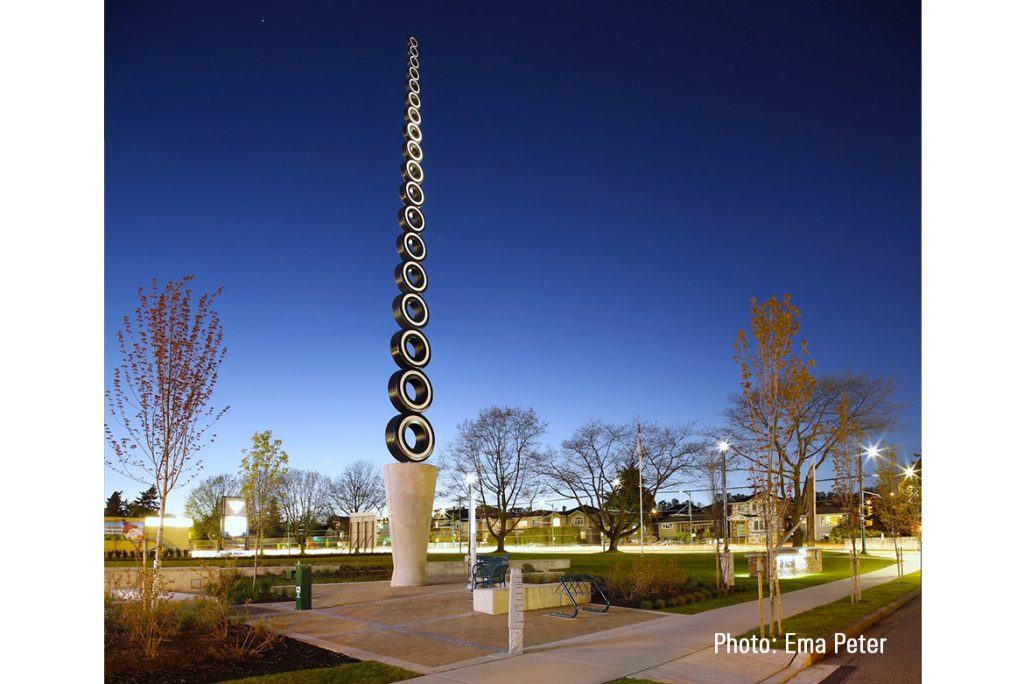 Created by one of Canada’s favourite artists, Douglas Coupland, Infinite Tires was commissioned by Canadian Tire through the City of Vancouver’s public art program. The piece encompasses 18 stacked tires, decreasing in size as the piece goes higher. 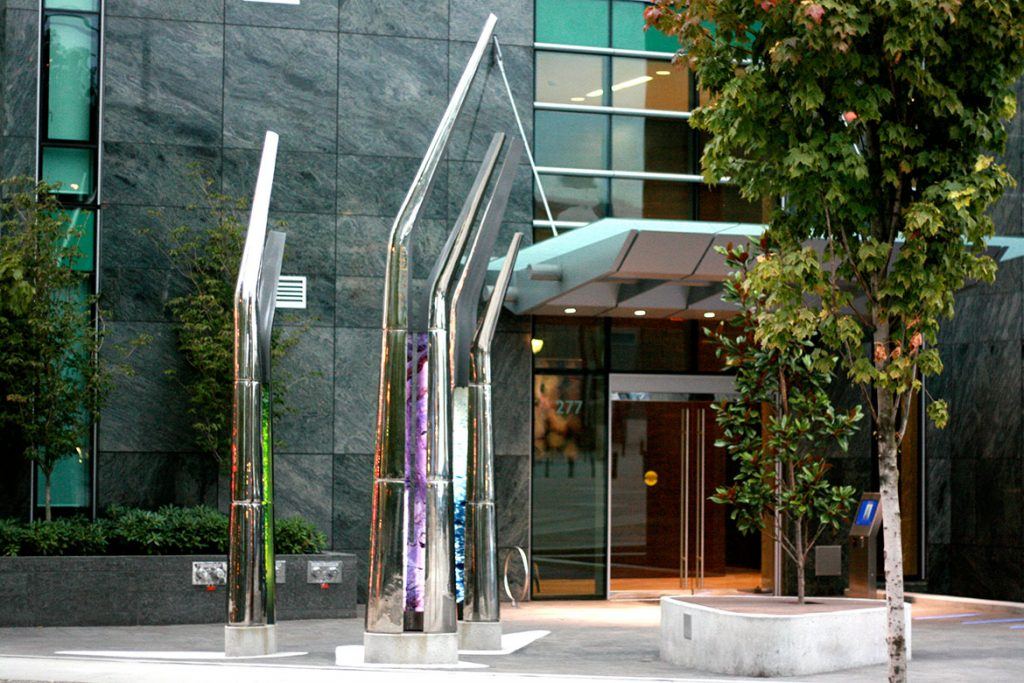 These three stainless steel sculptures were created by Jill Anholt, and its reflective surfaces intrigue anyone who walks by it. The tree-like pieces with glowing inner cores reflect Vancouver’s most desired views: mountains, parks, and the water. 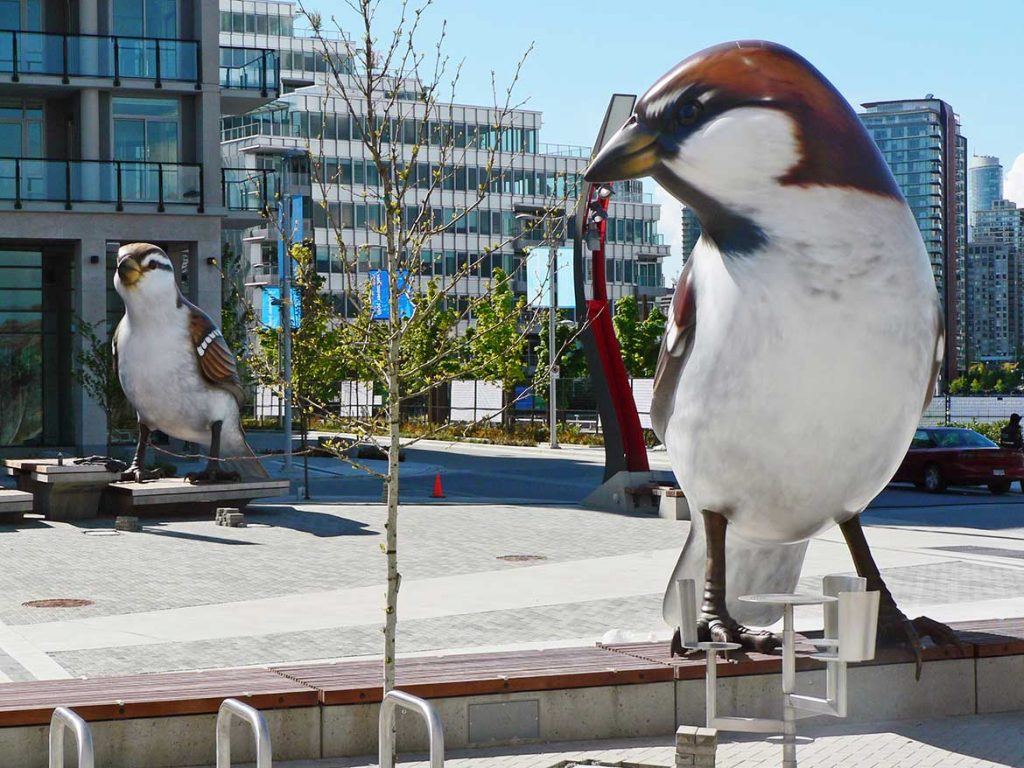 A male and female oversized sparrows based on images from Myfanwy Macleod are part of the city’s public art program. The Birds have been featured in Canadian Art Magazine, and are a staple of public art in a community. 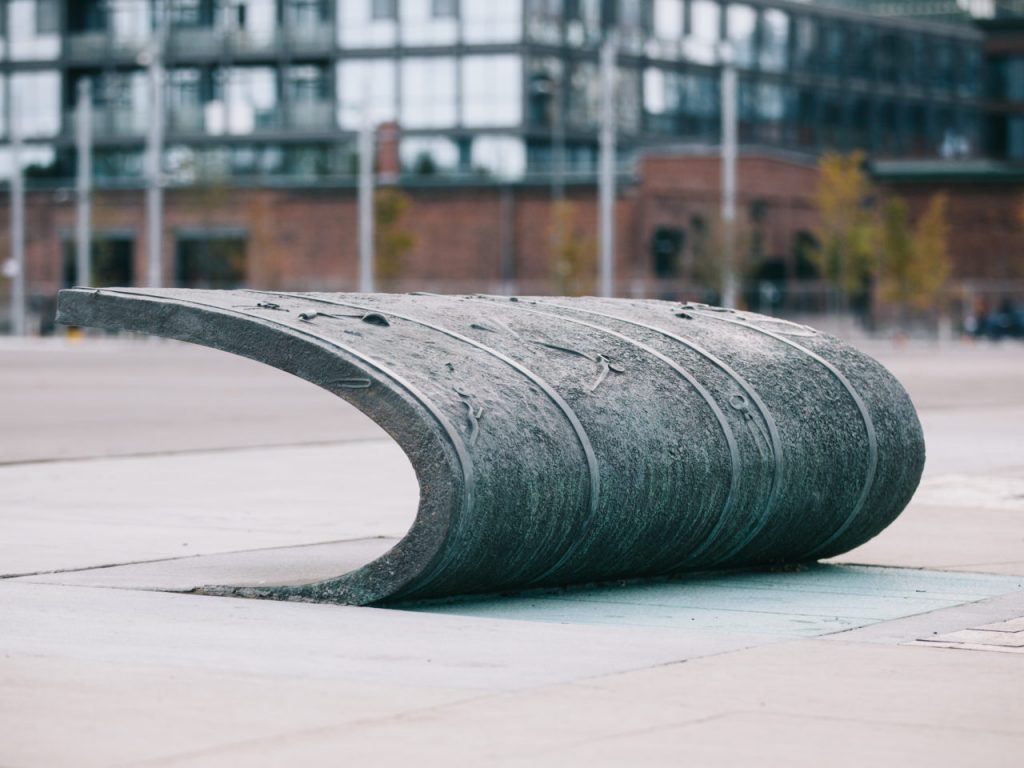 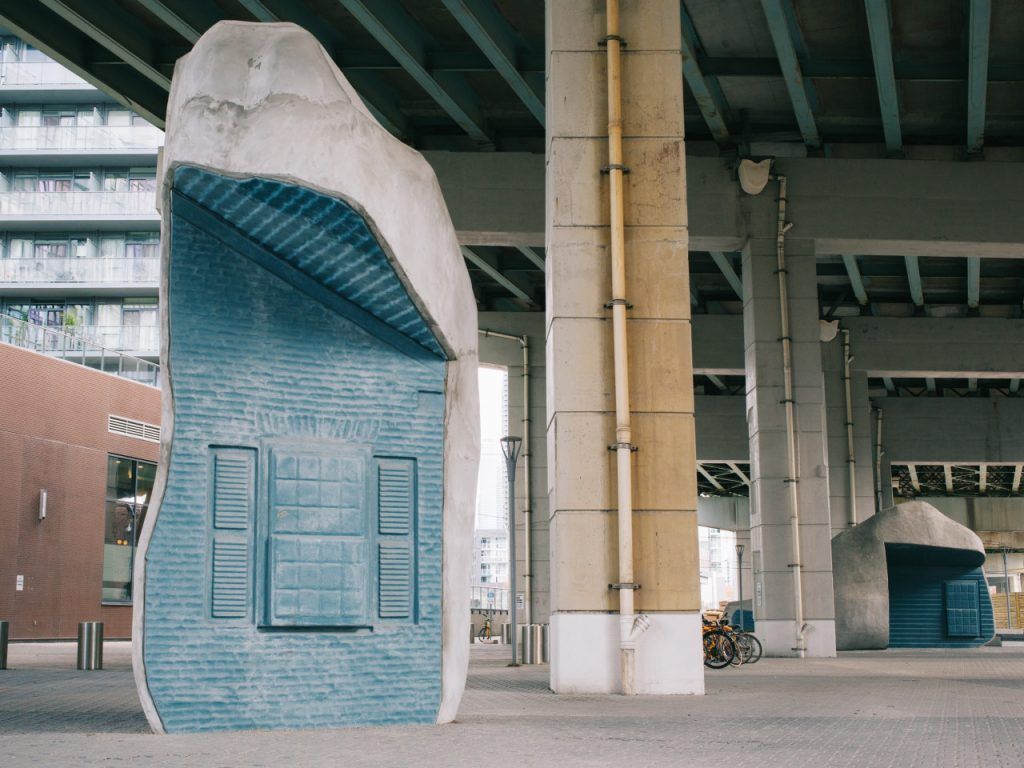 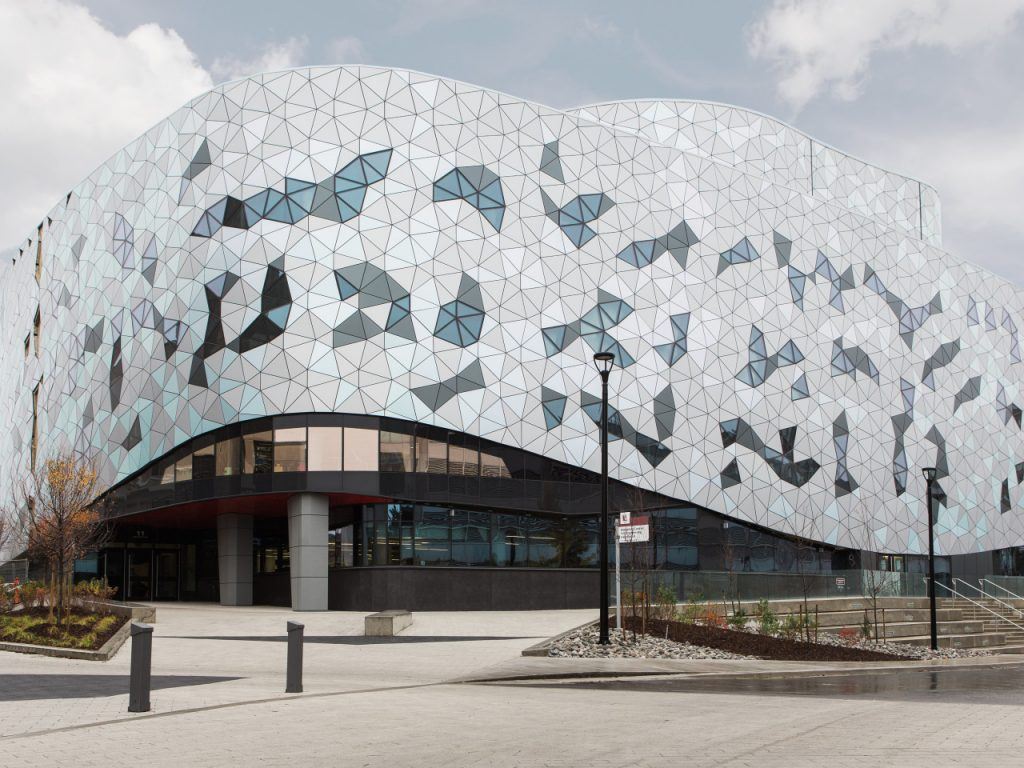 These Window Frames at York were built to mimic a cloud. Designed by Zas Architects + Interiors, The York Window Frames wraps around the building beautifully, and is a curvy geometric dream. 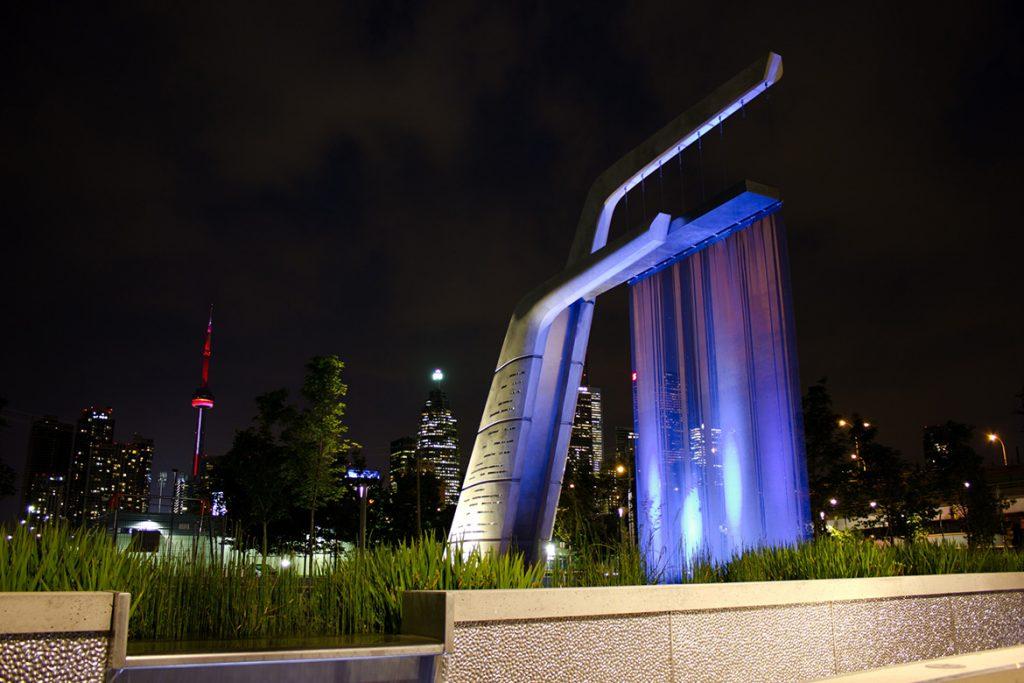 Created using a digital model provided by Jill Anholt, these three sculptures stand 30-feet tall and have become part of the landscape of Toronto’s waterfront. Each structure has stainless steel insets, and include lights.