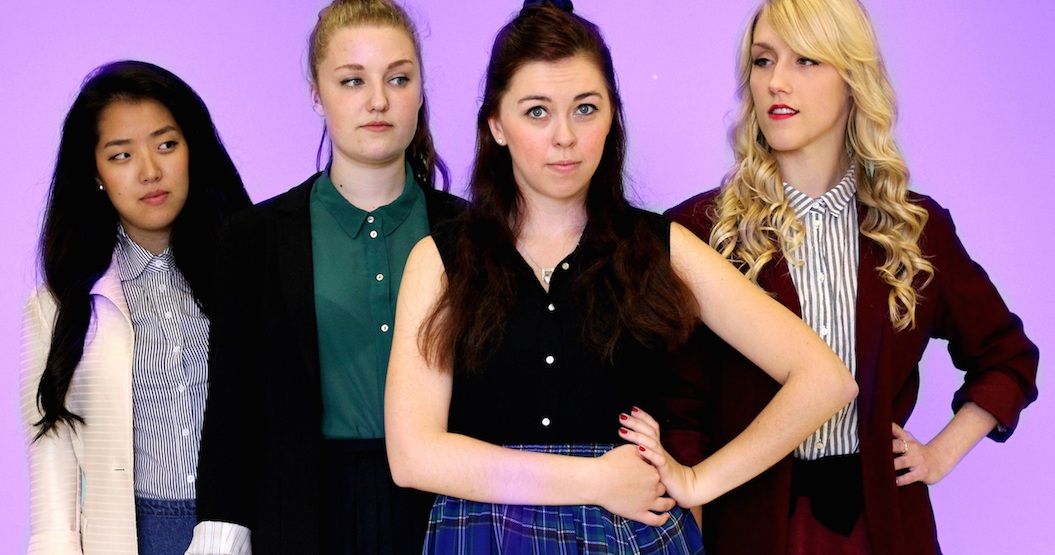 Honestly, the first few moments of opening night for Heathers: The Musical were pretty darn shaky. Uneven audio levels, pitch problems, and actors still settling into their characters. While boasting an impressively large ensemble and live band, Heathers started off rather small on the stage at Waterfront Theatre.

But this production, which runs on alternating nights opposite American Idiot for the rest of the month, warmed quickly to its tale and to our hearts. Much like its scrappy and damaged characters, Fighting Chance Productions’ version of Heathers managed to claw its way back to a fitting conclusion. 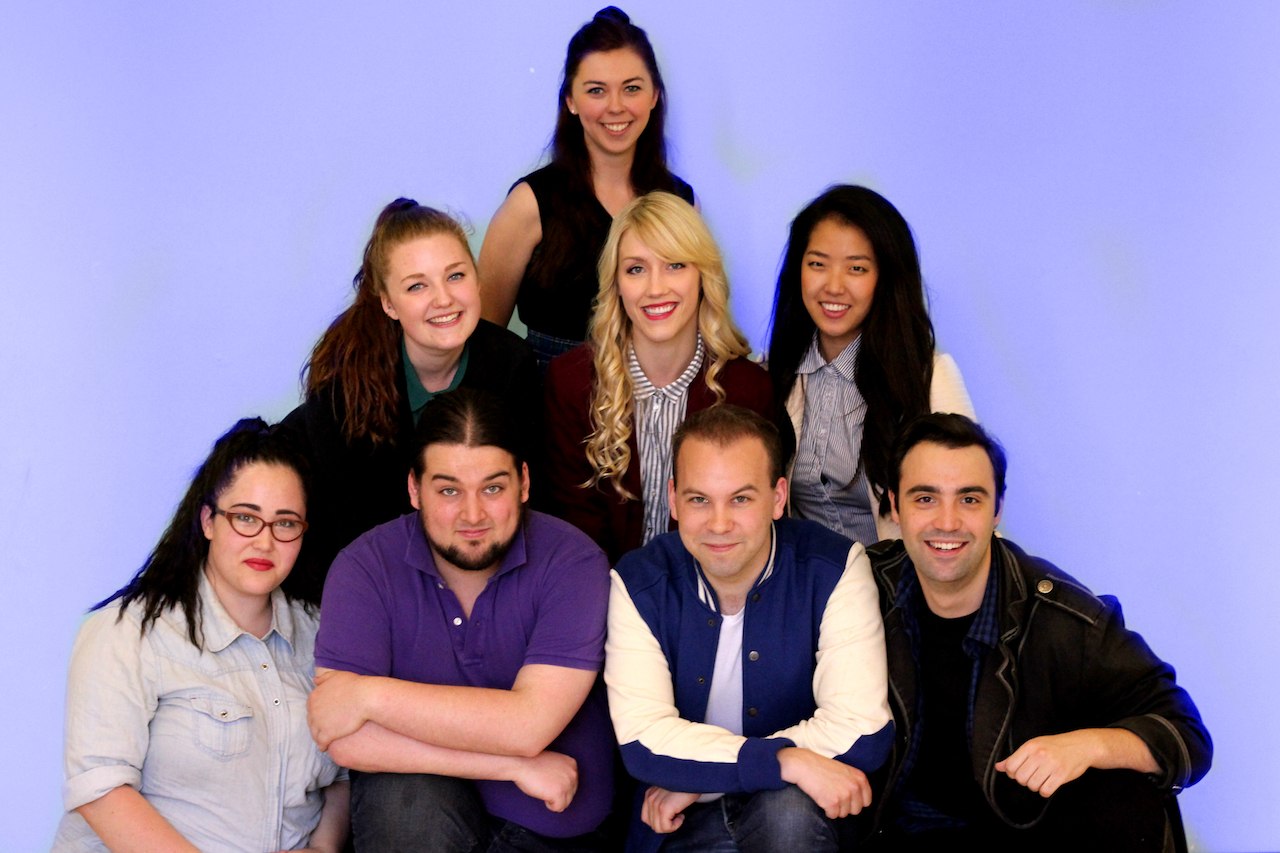 Starting off at a high school in Sherwood, Ohio, Heathers introduces stock characters instantly recognizable in this age of Glee and Pitch Perfect. Jocks, cheerleaders, fatties, nerds. Leads Veronica (Julia Ullrich) and JD (David Cohen) are your typical misunderstood-yet-good-looking outcasts, and the three namesake Heathers take a page right out of Mean Girls – or probably the other way around, since the musical is based on a 1988 cult film of the same name.

While the references have become a bit dated for the predominantly millennial crowd, it seems that precious little has changed in high schools throughout the intervening decades. 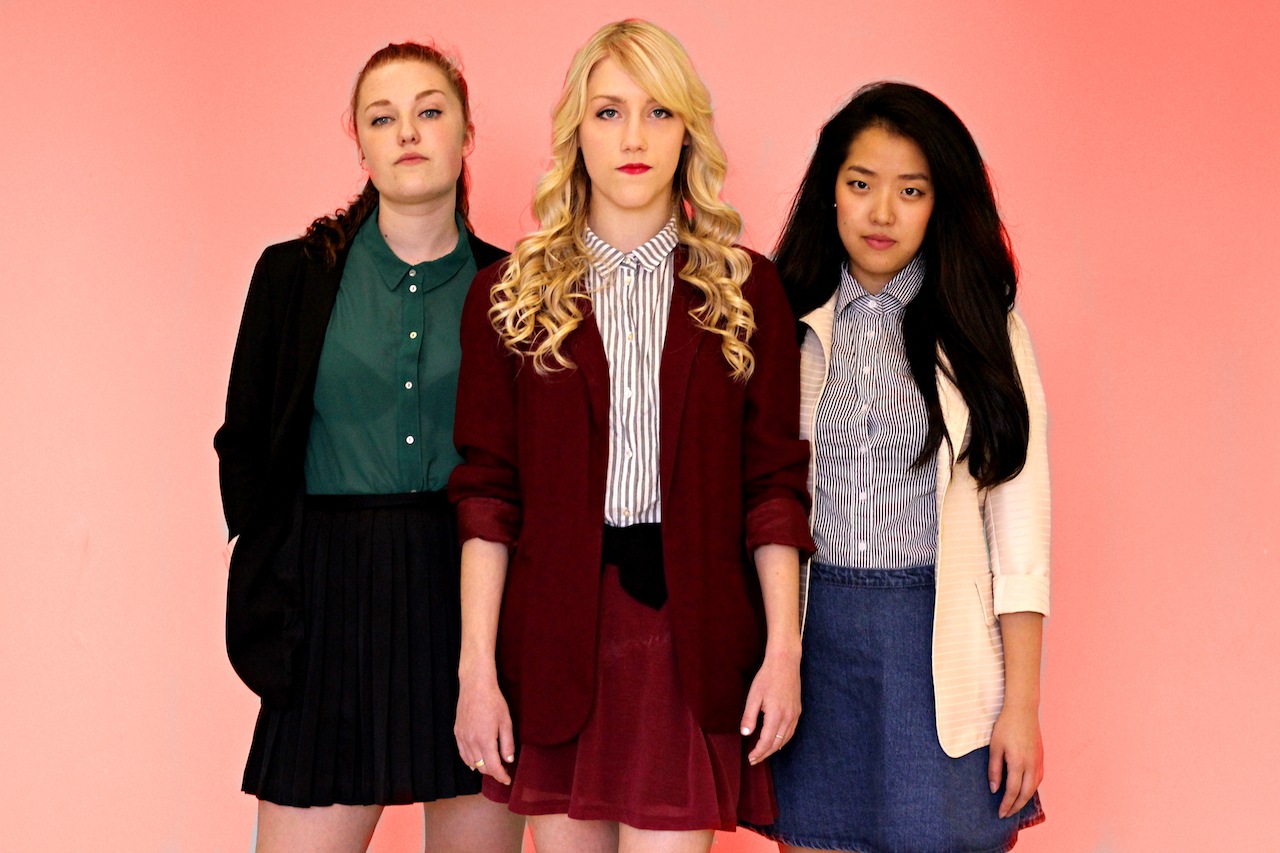 Heathers builds quietly, and doesn’t explode all at once. The two leads live up to their starring roles; Ullrich’s Veronica, in particular, improved leaps and bounds when sound levels were adjusted after the first few numbers. Cohen’s JD was effortlessly deranged, a collected presence that clashed well with the big reveal in the first half. Unfortunately, the Heathers trio all felt one-note to me, with varying levels of singing ability that would prove to be a challenge in some of the later numbers. Annastasia Unger steals a solid breakout moment as Veronica’s fat friend Martha.

The set incorporates use of metal work platforms, similar to wheeling aluminium stairs we’re  used to seeing at major retail stores. While a clever way of creating bedroom spaces without much setup, the railings also had the unintended effect of blocking facial expressions at key moments, diminishing the overall impact. Choreography by newcomer Lyndsey Britten kept things fluid, especially in the comically slow fight scenes – nothing that we haven’t seen before, but easily earned some laughs early on.

Overall, Heathers plays like a dependable blockbuster in Vancouver’s summer theatre repertoire. The themes and darker story arc remain on-point, and it’s no wonder that over twenty-five years after the original concept appeared on the big screen, Heathers lives on in damaged, imperfect, and crucial modern musical format.

When: Alternating nights until August 26