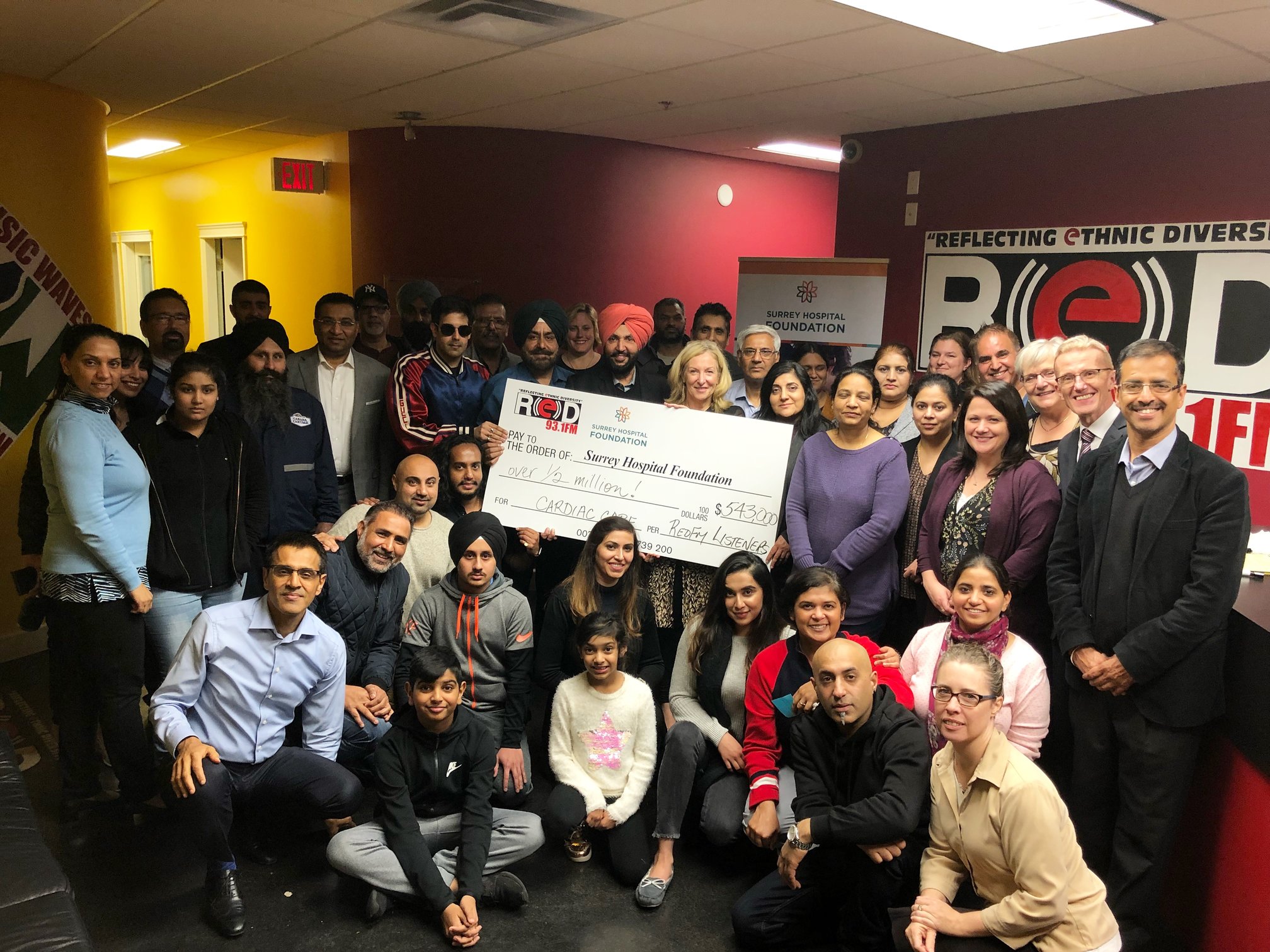 Heart disease is the leading cause of death among Canadians today.

And while the majority of premature heart disease and strokes can be prevented through healthy behaviours like being active and not smoking, there’s a certain percentage of the population that will always be at higher risk — no matter what their lifestyle entails.

The South Asian community is disproportionately impacted by heart disease: Fraser Health Research shows that people of South Asian descent are more prone to develop the disease, and also more likely to be impacted at an earlier age, and suffer a heart attack.

Knowing the higher risk to its community, Surrey’s South Asian community has come together to support coronary care in the Fraser Health region.

In just one day, members of the community raised a whopping $543,000 in support of cardiac care at Surrey Memorial Hospital.

The fundraiser was organized by RED FM, who held its 12th annual Gurpurab Radiothon at its studios last week. Celebrating the birthday of Guru Nanak Dev Ji –the founder of the Sikh faith– through their donations, donors made contributions by phone, online or visiting the radio studios.

Hundreds of volunteers contributed to the campaign’s success, whether they were staffing phone lines, preparing food, or stopping by and showing their support, says Jane Adams, President & CEO of the Surrey Hospital Foundation.

“Once again Surrey’s South Asian community has shown their tremendous generosity,” she said in a statement.

“On behalf of the coronary care unit, and the thousands who will be impacted by your gifts, thank you.”

The annual Radiothons have raised more than $6.5-million for programs that help thousands of people each year, including the emergency room, family birthing unit, stroke unit and kidney centre.

Thanks to the $1-million raised between the past two years’ fundraisers, the coronary care unit at the facility will be renamed the Sarbat Coronary Care Unit.

Sarbat means “equality for all.”