Memorial outside Vancouver Art Gallery on May 28, 2021

Survivors of the residential school system are sharing their stories at the Rio Theatre this weekend.

Following the announcement in May by the Tk’emlups te Secwépemc First Nation that they discovered remains of 215 students from the Kamloops Indian Residential School buried on its grounds, Bell created a memorial consisting of 215 pairs of shoes on the steps of the Vancouver Art Gallery. 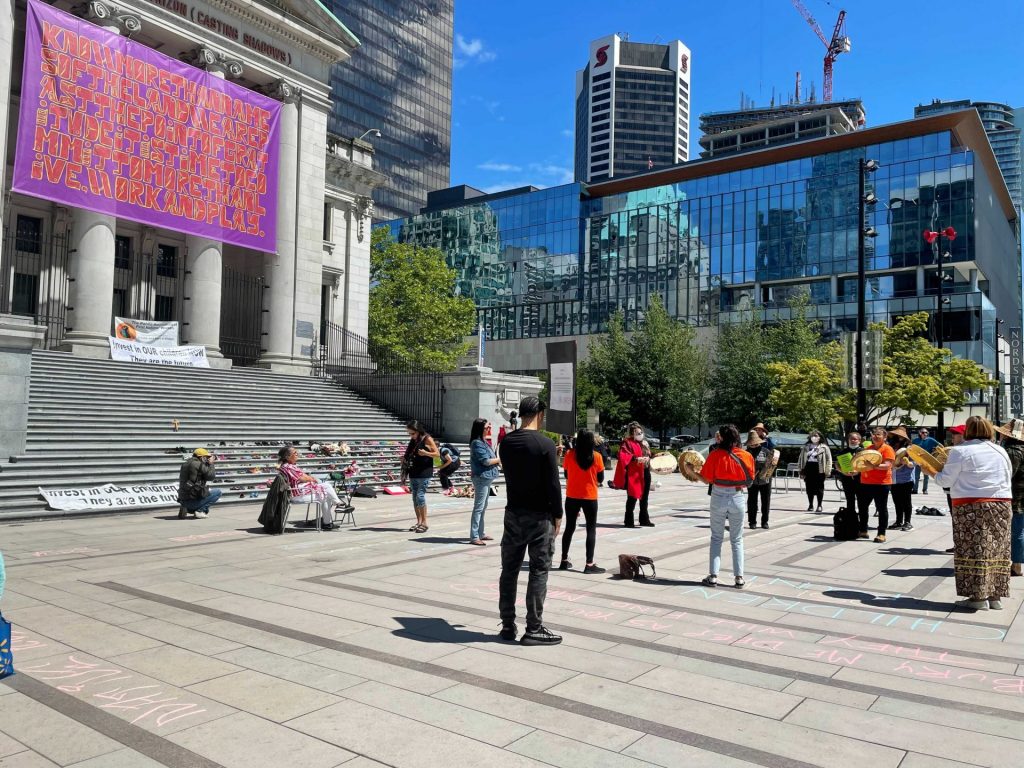 Memorial outside Vancouver Art Gallery on May 28, 2021

“I was so triggered and heartbroken and completely taken aback because I know of this in so many instances,” said Bell in the Hear My Voice event description.
The artist reached out to her network of Indigenous friends to help build the installation, with shoes decided upon as the visual metaphor of both impact and scope to honour the students that died.

Bell is bringing the same spirit of learning, listening, connection, healing and understanding to the two live talks at the Rio Theatre. The first begins at 1 pm and the second starts at 4 pm, with both events having limited capacity.

The event description also noted “Survivor stories involve very honest, painful, and sometimes graphic accounts of personal experience. Bearing witness to Survivor stories can include graphic testimony and may not be appropriate for younger audiences.” 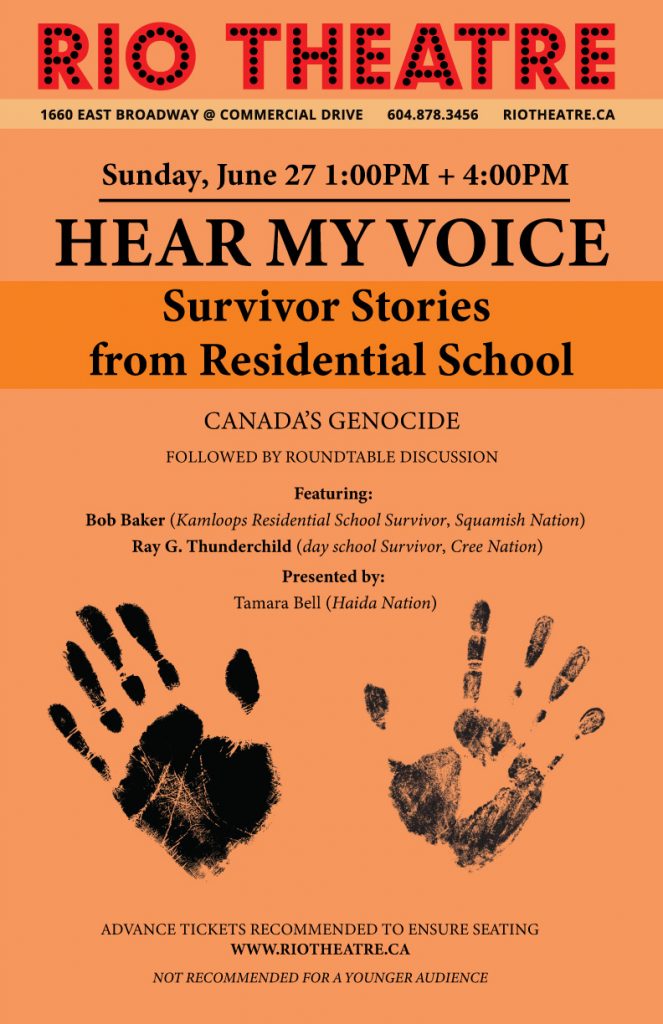 One of the speakers is Bob Baker, Cultural Advisor and Performer, Squamish Nation. Baker, whose Squamish Ancestral name is S7aplek and Hawaiian name is Lanakila, is co-founder and spokesperson for Spakwus Slolem (Eagle Song), described as the most reputable dance group of the Squamish Nation.

Also speaking at Hear My Voice is Ray G. Thunderchild of Cree Nation. Thunderchild is the great, great-grandson of Chief Thunderchild who led the Cree Nation into freedom from neighbouring warring tribes in the 1800’s only for his people to then become wards of the residential school system.

Thunderchild and generations of his family all attended residential school. The actor, who has appeared in television shows such as Supernatural and The Magicians, “will share the stories he witnessed throughout his life growing up in a broken system on the reservation” according to the Rio Theatre website.

Hear My Voice: Survivor Stories From Residential School at the Rio Theatre