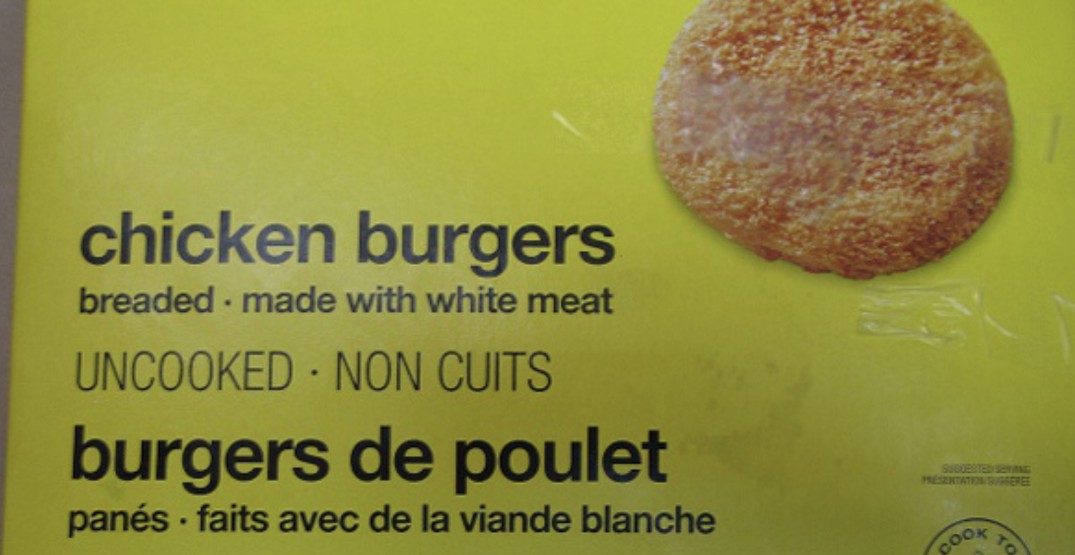 Nine cases of salmonella have been confirmed in Canada following a recall of No Name brand chicken burgers.

A public health warning was posted in June, confirming that No Name Chicken Burgers were being recalled off shelves around the country.

The recall applies to the following product:

At the time, the Health Agency of Canada said it was investigating an outbreak of human illness in connection with this product.

Today, they announced there have been nine additional cases connected to the recalled burgers.

OUTBREAK UPDATE: Nine additional cases of illness have been reported in the #Salmonella outbreak. Find out how to protect yourself: https://t.co/AZIt1bTfyk pic.twitter.com/KdAS8mAKgh

“Based on the investigation findings to date, exposure to poultry, including frozen raw breaded chicken products, has been identified as a source of illness. Several of the ill individuals involved in the outbreak reported having eaten No Name brand chicken burgers before their illness occurred.”

Food contaminated with Salmonella may not look or smell spoiled but can still make you sick. Young children, pregnant women, the elderly, and people with weakened immune systems may contract serious and sometimes deadly infections. Healthy people may experience short-term symptoms such as fever, headache, vomiting, nausea, abdominal cramps, and diarrhea. Long-term complications may include severe arthritis.

Health Canada says consumers should check to see if they have the recalled product in their home and if so, throw it out immediately or return to the store of purchase.