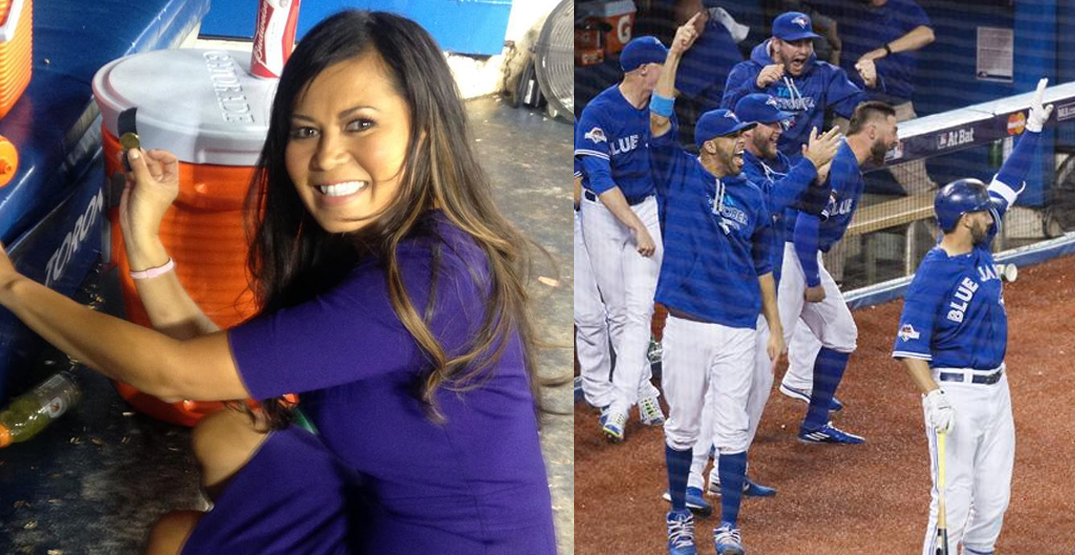 It’s been four years since the Toronto Blue Jays played any meaningful games in September. It’s been four very long years if you ask a Blue Jays fan, as the team finished second-to-last in the division the last three years.

Toronto has a good chance of returning to the postseason for the first time since 2016, and it would be only their third playoff berth in the last 26 years. So, the Blue Jays need all the help they can get.

It turns out they may have had a lucky charm to help swing the pendulum in their favour during their 2015 ALDS playoff series against the Texas Rangers.

Sportsnet broadcaster Hazel Mae re-shared some photos on Instagram of her planting a Canadian loonie near the Texas Rangers dugout at Globe Life Park, and under the home dugout bench at Rogers Centre.

Trent Evans originated this trend of embedding a loonie at centre ice inside the hockey rink at the 2002 Olympic Games in Salt Lake City. Team Canada won gold medals in both men’s and women’s hockey that year.

Mae wanted to carry on the tradition of lending some subtle Canadiana to the 2015 playoff series between the Blue Jays and Rangers. She planted a Canadian loonie near the Rangers’ dugout and taped a second loonie under the Blue Jays’ dugout bench. 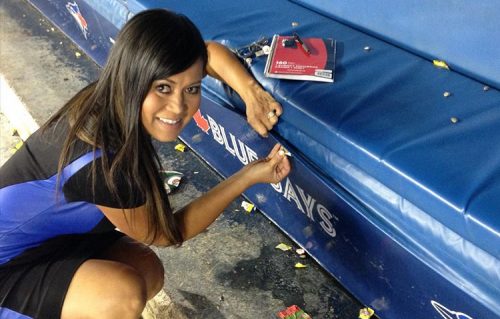 “The idea came from the 2002 Salt Lake City games when a loonie was buried at centre ice,” Mae told Daily Hive. “That story stayed with me, and when the Blue Jays finally got into the playoffs, I thought this would be the perfect opportunity to ‘bury’ a loonie for good luck.”

As luck would have it, the Blue Jays lost their first two games at home in Toronto during the 2015 ALDS, but they stormed back to win the next three games and advance to the ALCS after a dramatic Game 5 win, on home soil, no less.

The next year, the Blue Jays trounced the Rangers in the playoffs once again, sweeping the series in three straight games, with two wins on the road in Texas. 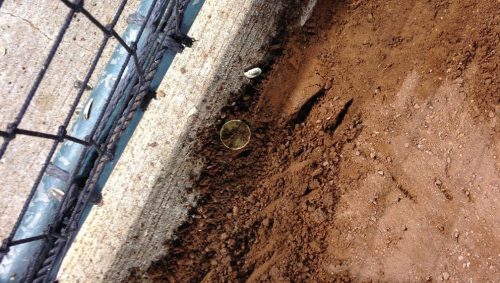 It might just be a coincidence, but the Blue Jays haven’t lost a playoff game in Texas since Mae buried a loonie in the Rangers’ ballpark. Over a two-year span, the Blue Jays won four consecutive games at Globe Life Park, by scores of 5-1, 8-4, 10-1 and 5-3.

In order to pull off a feat like this, one has to be very stealthy about planting a piece of foreign currency deep in the heart of Texas. Mae admits she was very covert with the operation, and only a few members of the Blue Jays broadcast crew witnessed it.

“It wasn’t this big secret, but I also didn’t tell too many people about it,” Mae said. “I posted the photos originally after the Jays won the series, and since they’re in a pennant race right now, thought I’d post again.”

The Blue Jays haven’t secured a spot in the 2020 playoffs yet, although they’re very close. Toronto is currently holding the last playoff spot in the American League, with the regular season wrapping up on Sunday, September 27.

If the Jays manage to squeak into the postseason, they’ll have the magic of the lucky loonie in their favour. Oddly enough, this year’s World Series will be played in Texas.