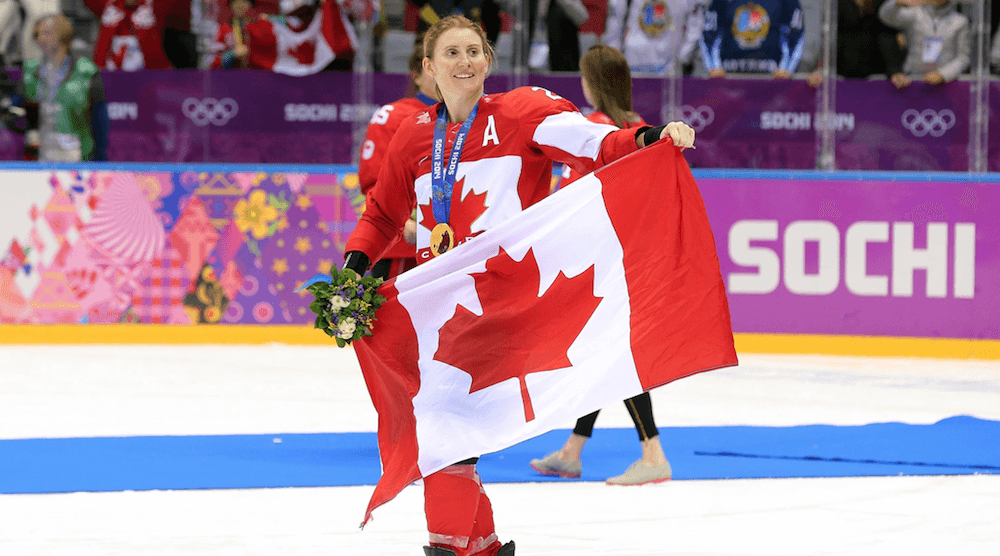 It’s an end of an era for the best women’s hockey player of all-time.

Hayley Wickenheiser made it official on Friday, announcing her retirement from competitive sports via her Twitter account.

Dear Canada. It has been the great honour of my life to play for you. Time to hang em up!! Thank you! #grateful #graduationday #canada pic.twitter.com/qzEo6sTgP2

The future Hall of Famer leaves the game of hockey with an incredible list of accomplishments.

Wickenheiser was the longest serving member of Canada’s national team, winning four Olympic gold medals, and one silver. She was named tournament MVP at the 2002 and 2006 Olympics.

Wickenheiser actually competed in the Summer Olympics for Canada as well, in the sport of softball at Sydney 2000.

In her last Olympics in 2014, she was named Canada’s flag bearer.

A seven-time World Champion, she won the Bobbie Rosenfeld Award, as Canada’s athlete of the year in 2007.

Wickenheiser even competed against men at one point in her career, becoming the first woman to score a goal in a men’s pro league in 2003, while playing in the second division of the Finnish Elite League.

The 38-year-old leaves the game of hockey as the most accomplished female hockey player in history.