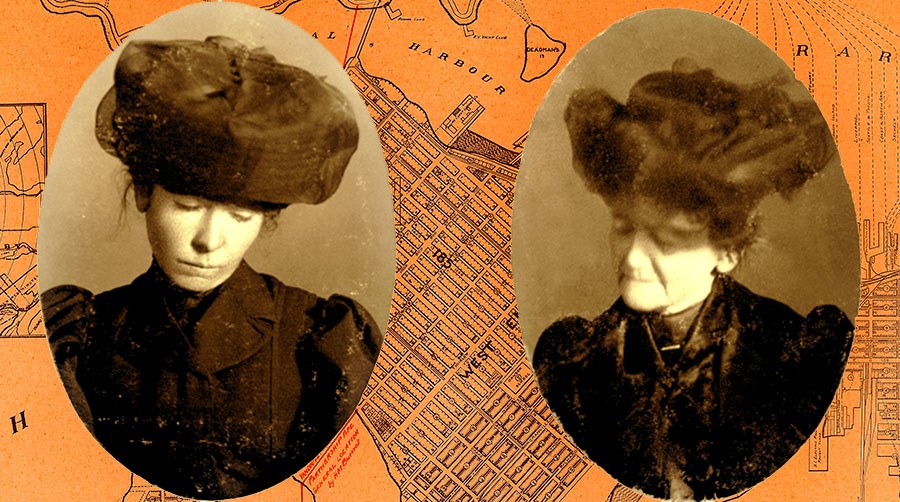 Mugshots of Teresa Jackson and her mother, Esther Jones, November 1905. The pair were convicted of perjury for lying at the coroner's inquest into the suspicious death of Teresa's husband. City of Vancouver Archives. VPD series #202, Loc. 76-C-2.

Written for the Daily Hive by Lani Russwurm at Forbidden Vancouver Walking Tours.

The building had a fleeting moment of paranormal fame as Dana Scully’s home in the pilot episode of the original X-Files TV series, but an earlier generation knew a different building there, an infamous house that stood on the same spot in 1905.

Back then it was 1284 Melville Street, the home that Thomas Jackson returned to just days after Halloween following a business trip, drank his favourite beverage (beer with Epsom salts), and dropped dead from strychnine poisoning. 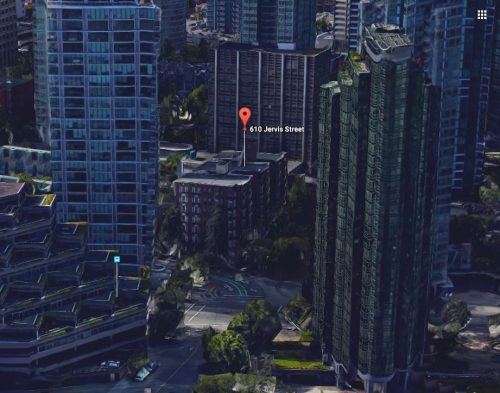 Aerial view of the brownstone at 610 Jervis Street and its glass tower neighbours. In 1905, the house Thomas Jackson was murdered in stood on this site. Photo from Google Earth.

It appeared to be a classic whodunit murder mystery, but Vancouver police in 1905 were not the most skilled detectives. Though it was standard practice in other cities, they weren’t yet in the habit of collecting fingerprints, and Jackson’s wife insisted that the glass submitted as evidence was not even the glass he drank from.

Everyone who resided in the house agreed that the doors were securely locked for the night, making those inside the only potential suspects. They included Jackson’s wife, Teresa, her mother, Esther Jones, and two boarders, Esther’s nephew, Harry Fisher, and Ernest Exall.

Mrs Jackson also drank some of the questionable concoction. Even before Thomas became ill, she buckled over insisting that she was dying. Teresa recovered fully, but doctors couldn’t agree what would cause the symptoms she exhibited. One said she suffered from hysteria, and another conceded that it may have been strychnine poisoning.

The coroner’s office identified the poison by feeding pieces of Jackson’s stomach to two unfortunate dogs, who died in a manner consistent with strychnine poisoning. The jury from the coroner’s inquest concluded that Thomas Jackson was “poisoned by some person or persons at present unknown.” 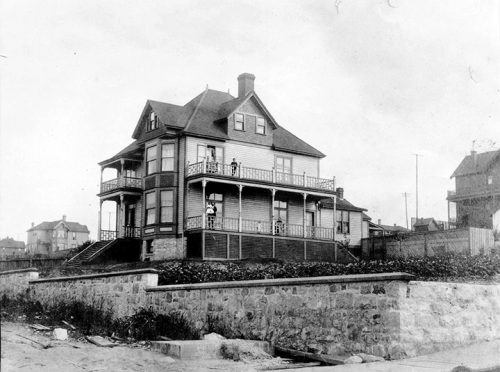 1270 Melville Street in 1890, on the same block as the house where Thomas Jackson was murdered. Photo from City of Vancouver Archives #Bu P221

The case gripped Vancouver for months, but the demise of Thomas Jackson soon became one of the less interesting parts of the story. In 1905 the World newspaper received a letter from a man claiming that supposed boarder at the house Harry Fisher was actually Fred Jones, Esther’s son and Teresa’s brother. The family denied it, swearing affidavits to the contrary, but the World found evidence that said otherwise.

It turned out that Fred had changed his name to Harry Fisher to help conceal a three-year stint he did for forgery in the BC Penitentiary. Teresa and Esther were arrested and convicted not for murder, but perjury for lying at the coroner’s inquest. Harry managed to slip into the States and successfully avoided extradition. 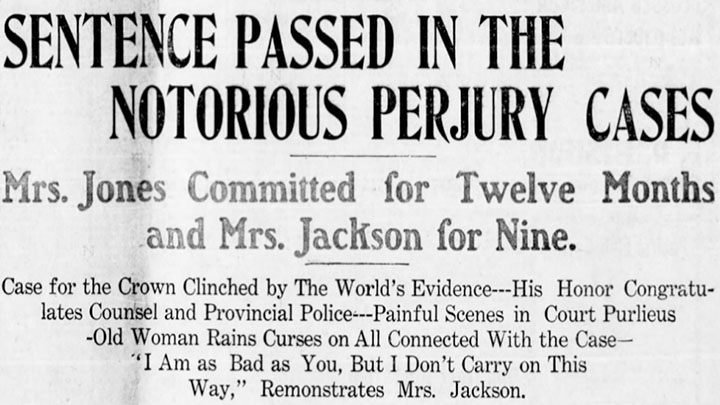 The most damning evidence at the perjury trial came from two women brought up from Madison, Ohio, where the Jones family were from. They agreed to the long trip only after being assured that Esther’s husband was dead, as “there was a genuine fear of the family.”

“We were afraid we might be shot,” the witness said. “In my country if I say anything you do not like you are liable to shoot me for it.” She was informed that that was not the custom in the British Empire.

The World dug further into the family’s history and reported that aside from Fred/Harry’s forgery, Teresa had been charged with stealing a screen door and Esther had been tried and acquitted for embezzling grocery money from a dying man in Victoria. At the time of Thomas Jackson’s death, Esther was scheduled to appear in court for allegedly grabbing a rent receipt out of her landlord’s hand without giving him rent money. 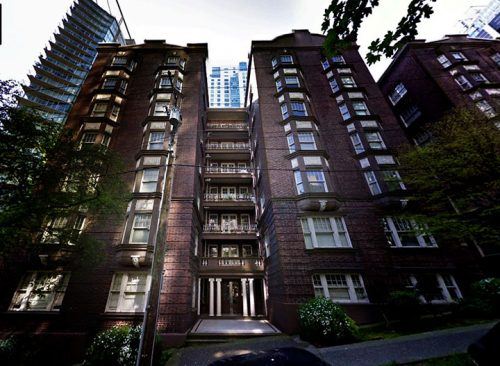 Built in 1911, 610 Jervis Street opened as The Felix and later became The Banffshire. Before that, a house stood on this site with the address 1284 Melville Street, where Thomas Jackson died a mysterious death. Photo from Google Streetview.

Esther and Teresa were sentenced to 12 and nine months respectively. Ernest Exall, their former boarder, faithfully visited the pair in prison. Teresa also received a visit from Frank Springer from the Imperial Life Assurance Company, who gave her a $1000 cheque for the death of her husband.

As for poor Thomas, given the circumstances of his death, it’s doubtful he rests in peace. If you go by the corner of Melville and Jervis, stop and listen closely. Perhaps you’ll hear the faint voice of a man grumbling about the strange taste of his nightly glass of beer.

For more stories of lost Vancouver souls, check out Forbidden Vancouver walking tour the Lost Souls of Gastown this Halloween season, running every night until November 1.