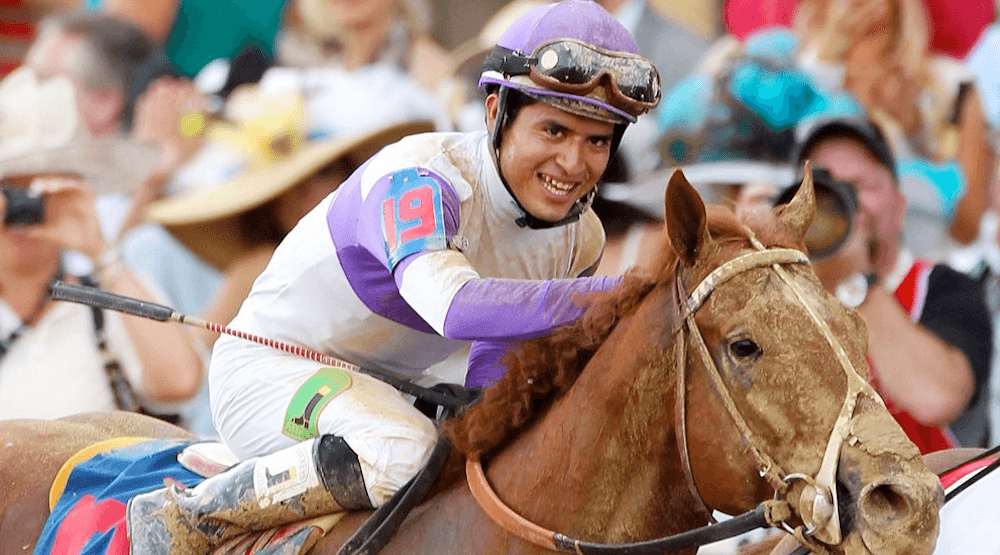 The most successful jockey to ever come out of Hastings Racecourse is looking for a hat trick of Kentucky Derby victories this weekend.

After racing at the East Vancouver racetrack in 2007 and 2008, Mario Gutierrez made headlines both locally and beyond by winning the Kentucky Derby in 2012. He followed that up by winning The Preakness in the same year aboard I’ll Have Another.

I’ll Have Another came painfully close to winning the first Triple Crown in 34 years, but was a late scratch before the Belmont Stakes in June 2012.

He came back to Vancouver in July of that year, as Hastings unveiled a statue in his honour.

The Mexican jockey, who still has a soft spot for Vancouver, returned to the limelight last year when he won the Kentucky Derby for a second time, this time aboard Nyquist.

On Saturday, Gutierrez will be riding Irap with a chance for a third Derby win at the age of 30. The record for jockey wins at the Kentucky Derby is five.

Gutierrez, who won his 1,000th race this year, has a decent shot aboard Irap. Currently listed at 20-1, Irap has the ninth-best odds of winning the 20-horse field.

The Kentucky Derby takes place this Saturday, with “the most exciting two minutes in sports” beginning at 3:46 pm.