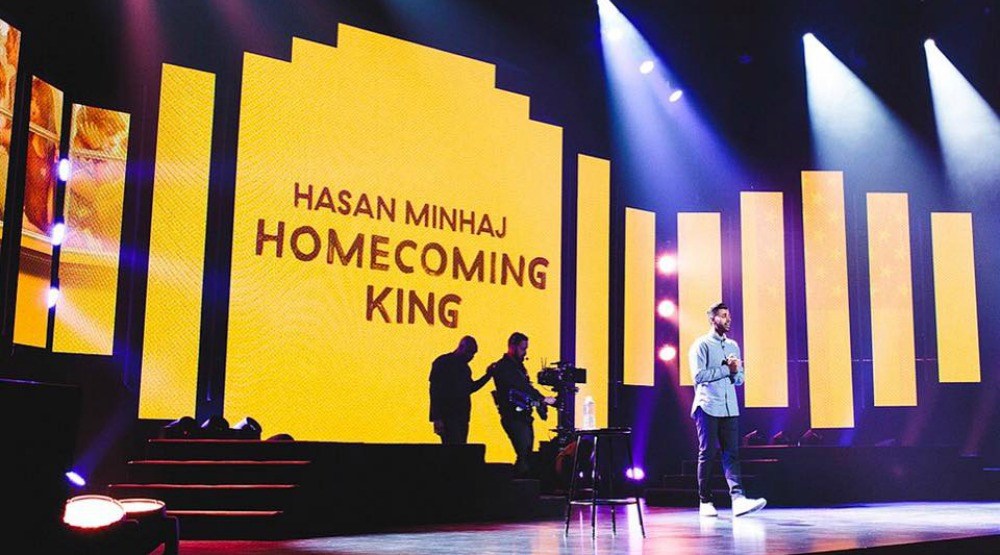 Valentine’s Day is right around the corner, and given the current political climate, we could all use a good laugh.

That’s why Daily Hive and Dunya are giving away two tickets to Hasan Minhaj’s Homecoming King, a one man show that’s scored rave reviews across North America. And now it’s coming to the Vancouver Playhouse on February 10 so you can see it for yourself.

A collection of comedy and stories from Minhaj’s first-generation Indian-American experience, Homecoming King follows his childhood in America, meeting his five-year-old sister for the first time on her surprise arrival from India, experiencing interracial love, racism, bullying, and growing up. All of this occurs in the midst of his family’s quest to achieve the elusive American dream.

“It’s wonderful,” says Jon Stewart, who hired Minhaj as a correspondent on Comedy Central’s The Daily Show in 2014. “You’re going to laugh, [and] probably cry. Because you, unlike me, can still feel.”

To enter to win two tickets to Hasan Minhaj’s Homecoming King on February 10, do at least one of the following:

Contest entries will be accepted from the time and date of publishing until 11:59 pm on February 7, 2017. One winner will be chosen at random and contacted through the platform they used to enter.

Michael D. is the winner of this contest.

When: February 10, 9:30 pm
Where: 600 Hamilton Street – Vancouver Playhouse
Price: Tickets start at $26 and are available online