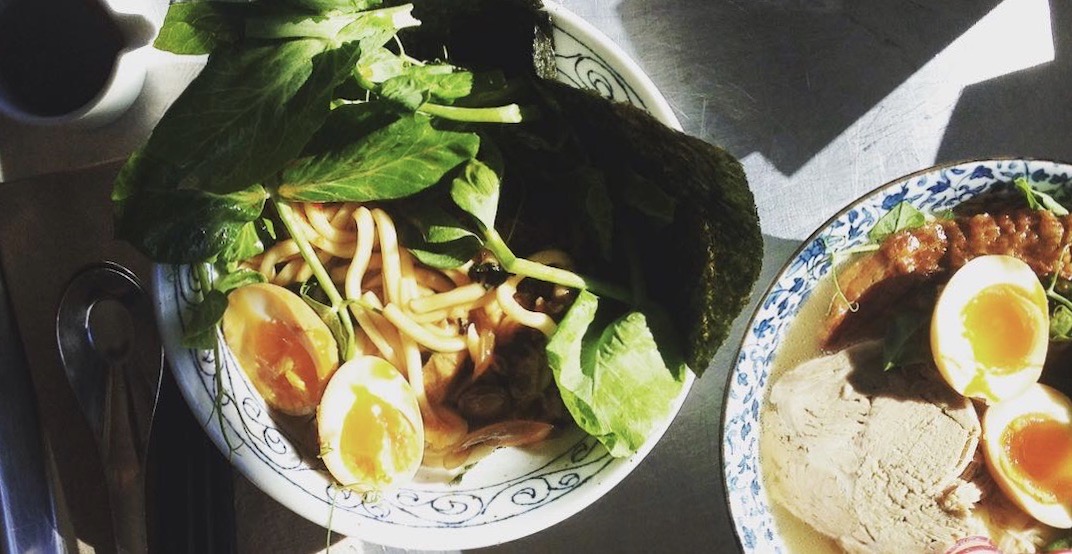 Harvest Community Foods has long been a not-so-hidden gem on Union Street.

The neighbourhood joint is known for serving up a handful of different ramens alongside some killer chocolate chip cookies and local produce and products too.

Now, Harvest Community Foods is switching things up, and that means Union is about to get a new, bigger, destination for bowls of the good stuff.

Harvest Noodles will be opening in the former location of the Tuck Shoppe at 237 Union Street.

Chef Andrea Carlson filled us in regarding her new concept (which is opening as soon as next month), and she also revealed some changes are in store for Harvest Community Foods.

Carlson explained via phone that the noodle portion of the business will be transplanted over at Harvest Noodles, which is 30% larger and has a liquor license.

The 650-sq. ft. space will have seats for 28 (plus an adorable three-person patio) and will serve as a traditional-style restaurant, aiming to be open daily from noon to 9 pm.

Carlson says diners can expect all of their favourites from the OG Harvest along with new additions and snacks too. Think crispy tofu and baked bean curd rolls.

As for beverages, Harvest Noodles will offer a selection of local natural wines, craft beer, kombucha, and Dickie’s Ginger Beer as well.

While all this is happening at Harvest Noodles, up the block at 243 Union Street, Harvest Community Foods will become Harvest Plant & Provisions.

This concept will offer a menu of vegan/vegetarian eats in addition to the regular grocery offerings it’s known for.

We’ll keep you posted on all the happenings with these spots, stay tuned.