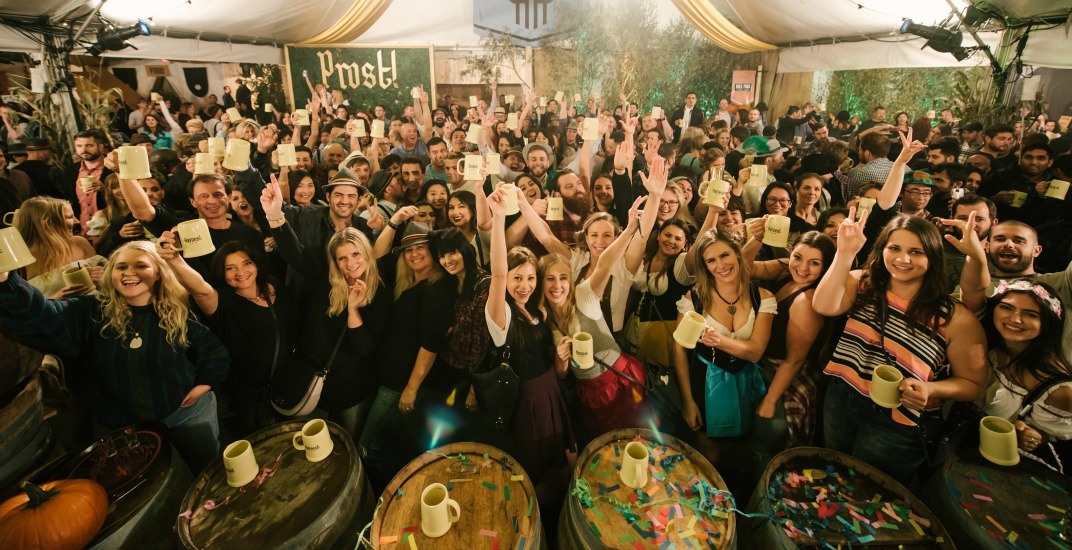 Get ready for one of the biggest beer events of the year, Vancouver.

From October 5 to October 14, the city will host its own version of the iconic Bavarian festival Oktoberfest at Harvest Haus.

And since the annual German festival celebrates beer in stein-size glasses, Harvest Haus will be doing the same. You can go along to the festival taking place at Sole Food Street Farms at 88 Pacific Boulevard, next to BC Place, and channel your inner lederhosen-wearing self.

But as an added tip, make sure to get your tickets soon via Harvest Haus as they’re selling out seriously fast.

This year’s festival has seven interesting settings that you can enjoy from clash of the axes, to stein games, lippensynchron battles, and much more. VIP tickets for Saturday, October 7, and Saturday, October 14, have already sold out.

Harvest Haus 2016 from The Social Concierge on Vimeo.

Some of the beer types you can try at the festival include:

There will also be entertainment from the Oom-pah Band ‘The Oktoberators‘ returning this year for both weekends of the festival. DJ Erick Decks also returns this year, direct from Hamburg Germany. And to help get you in the Harvest Haus mood, he has created a custom soundtrack ahead of the festival that you can listen to via Soundcloud.

Remember to snap up your tickets to this Oktoberfest spectacle soon to avoid missing out!

When: October 5 to October 14
Where: 88 Pacific Boulevard
Prices: for Competitions and Team Registrations, for all tickets