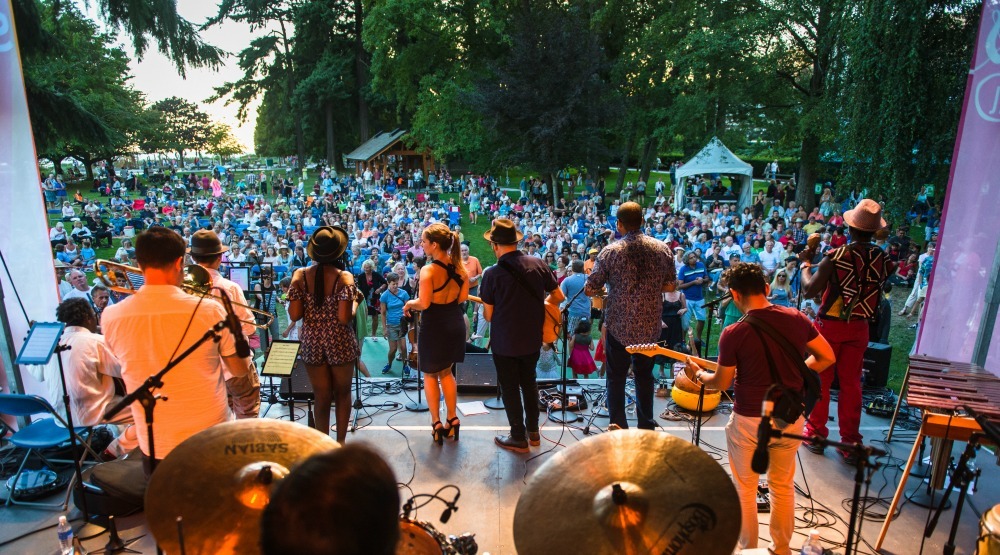 If you’re on the lookout for something fun and free to do this weekend, look no further than yes the Harmony Arts Festival.

The 27th annual festival kicks off in West Vancouver today and runs right through to August 13.

To help you see why visiting the festival this weekend is a good idea, we’ve compiled a list of some of the cool things that you can check out.

Both local and international musicians will be performing in the stunning waterfront setting during the festival. This year you’ll get to hear a diverse lineup featuring more than 50 musical acts from everything to folk, pop, country, gospel, soul, jazz, and of course classic sounds.

Some of the acts you’ll get to see include:

Immerse yourself in Vancouver’s Harmony Arts Festival’s free musical series where you’ll get to see live performances during each day and in the evenings on two main stages. You can check out a full music lineup and schedule of events online.

Wind down in the evenings by watching a movie in the serene setting of a West Vancouver Park. The films start at 9 pm each night so you’ll be able to enjoy the flick with the sun setting in background. With a mix of new and classic movies, you’re sure to find something you want to see.