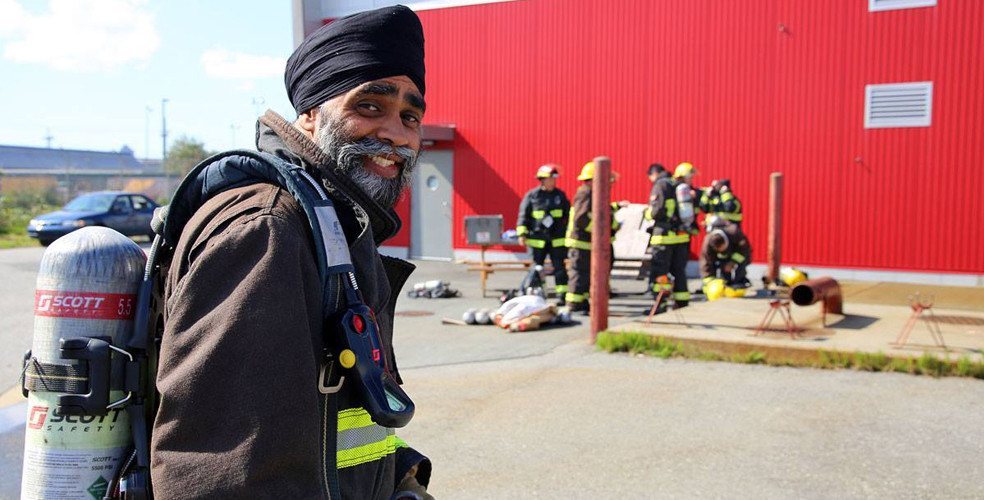 Vancouver South’s newly-elected MP Harjit Sajjan has been sworn into Prime Minister Justin Trudeau’s new cabinet as Minister of Defence, but who is Minister Sajjan?

@bfaparsons Minister should we send in the troops? No need. *jumps out of airplane with knife in his teeth into enemy territory* — Steve Mrasek (@BeetonSteve) November 4, 2015

The 44-year-old was born in Punjab, India and immigrated to Canada with his family in the mid-’70s, where they settled in Vancouver. The city has always been home to Sajjan, at least when he wasn’t defending Canada oversees in Bosnia or Afghanistan with the Canadian Army.

During his time in service, Sajjan deployed four times, three to Afghanistan, and ultimately became the first Sikh person to command a Canadian regiment. That wasn’t his only honour while serving; Sajjan is a decorated soldier with 13 honours including the Order of Military Merit and the Meritorious Service Medal.

Locally, he worked as an officer in the Vancouver Police Department for 11 years in South Vancouver and served as Detective in the Gang Crime Unit. After being elected on October 19, Sajan told Daily Hive his main concern in Ottawa was going to be youth.

Swarmed by a soccer team for selfies. Amazed by their enthusiasm & energy. Makes me work harder #vansouth #LPC pic.twitter.com/zrWynmw0wB

“I want to make sure we get a quick sense of inspiration for the younger generation within Vancouver South. There’s a really positive future waiting for our kids, not just with jobs, but Canada’s future in terms of environment. We want to make sure when we inspire our kids we want to show them that they can take Canada to the next level.”

Unaware at the time that he would soon be named Minister of Defence, Sajjan now faces a much bigger job.

Under his portfolio, Sajjan’s ministry is responsible for the Canadian Armed Forces and the Department of National Defence, among other jurisdictions. He is taking over the role from Conservative MP Jason Kenney who has held the position since February 2015.

Editor’s note: A previous version of this article stated Mr. Sajjan received 13 medals for his service in the Canadian Armed Forces. That, in fact, should have read “13 honours” as not all were classified as medals. He also did not lead a regiment in Afghanistan but while on reserve in B.C.