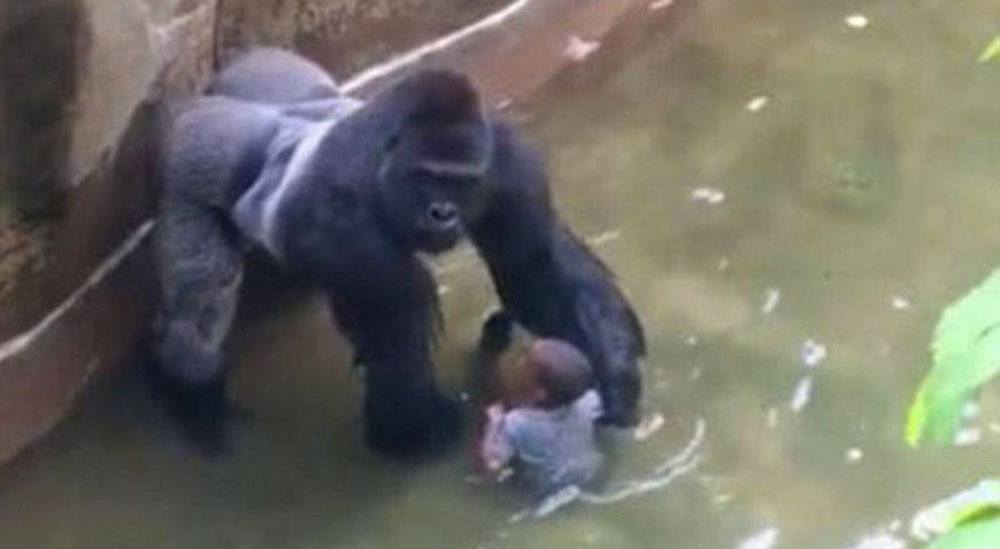 It seems the world is still seeking #justiceforHarambe – and bizarrely they’re heading to an Ethiopian restaurant in Vancouver to do it.

Harambe Ethiopian Restaurant, on Commercial Drive, has received some spectacular Google reviews since Harambe the gorilla was killed in a US zoo in May.

Now, the restaurant is facing a myriad of Google reviews from users obsessed with Harambe, sharing their tearful experiences of eating in the restaurant.

While some cite the much used hashtag #dicksoutforharambe, many others share their emotion at dining in Harambe’s memory.

“Every bite I took reminded me of our fallen gorilla, Harambe,” writes Cindy Phan. “Forever will he be in our hearts as every bite I take a tear trickles down my cheek. Harambe is gone, but he lives on in our hearts.”

Harambe literally means “all pull together” in Swahili, one of the languages spoken in Ethiopia. The gorilla was named after a song of the same title.

And #justiceforHarambe fans are certainly pulling together at the Harambe Restaurant, with one reviewer even claiming she was eating in Harambe’s great presence.

“Harambe sat with me as I ate,” writes Indigo Tinney. “He was not visible, but he was there. His presence was soothing, and I will always remember him. Thank you for this experience.”

Harambe the gorilla was shot and killed by zookeepers fearing for the life of a three-year-old boy who had fallen into the gorilla enclosure at Cincinatti Zoo.

It remains to be seen however whether Harambe restaurant will ever shake off the trolls plaguing their Google page.

For some reviewers it seems, their eating experience in Vancouver is the perfect accompaniment to the gorilla’s tragic fate.

“Simply the greatest restaurant in human history,” writes one five-star review. “No other restaurant captures the feeling of being dragged by a gorilla in the Cincinatti Zoo better!”