Support continues to pour in for Devan Selvey, the teen fatally stabbed to death outside of Winston Churchill Secondary in Hamilton this week.

Following the tragic incident, an online fundraising campaign was set up to raise money for Selvey’s family and to cover funeral costs.

At the time of publication, the fundraiser had already raised over $73,000.

According to the fundraising page, Selvey experienced bullying and he tried to get help before he was killed. 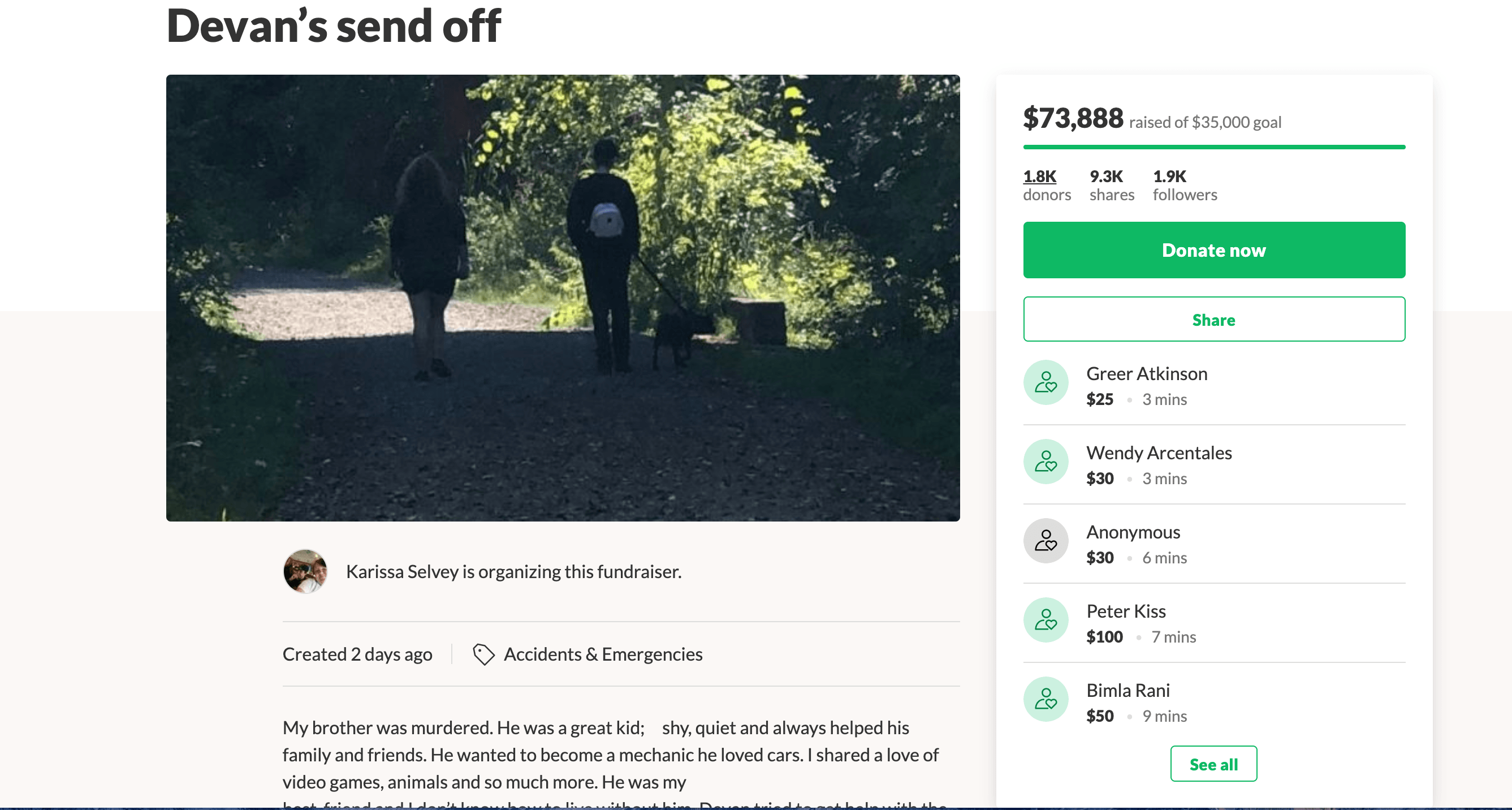 “My brother was murdered. He was a great kid; shy, quiet, and always helped his family and friends. He wanted to become a mechanic; he loved cars. I shared a love of video games, animals, and so much more,” wrote his sister Karissa on the fundraising page.

“He was my best friend and I don’t know how to live without him. Devan tried to get help with the bullying he was experiencing. He was our world!”

According to police, an autopsy revealed that Selvey died as a result of a stab wound.

Following the attack, a 14-year-old male and 18-year-old male, both from Hamilton, have been charged with first-degree murder.

There is a court-ordered publication ban on releasing the name of the adult male accused and under the Youth Criminal Justice Act, the youth cannot be identified.

If you have any information that you believe could assist police with the investigation into this crime, please contact Detective Mike McNaughton at 905-546-4123.