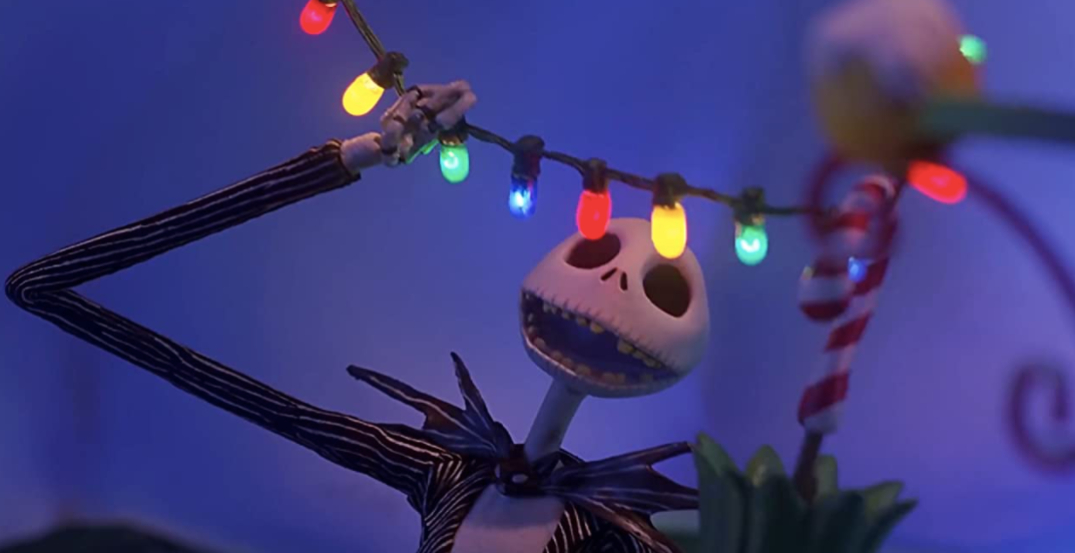 Jack Skellington said it himself: what is this?

Movie fans have been wrestling with the question for decades. When it comes to The Nightmare Before Christmas, is it a spooky Halloween flick or a Christmas classic?

And sure, it’s easy to qualify the 1993 Tim Burton-produced film as both a Halloween AND Christmas movie but come on, let’s settle this once and for all. In a perfect world, you’d watch the film on November 27 — halfway between Halloween and Christmas and chalk it up as a hybrid holiday flick. But we live in a world of absolutes so let’s get to the bottom of this.

We’re settling the debate with a scoring system that is 100% bulletproof: emojis. Here goes:

The movie is set primarily during the holidays

The setting for the movie is very Christmas-oriented.

The plot takes place between Halloween and Christmas, meaning most of the story unravels during November (and no, we’re not currently accepting the argument that it’s a Thanksgiving movie).

The real heart of the film takes place on Christmas Eve, so we’ll give the first point to team Christmas movie.

The movie stems from Halloween Town

The physical setting for the plot takes place in Halloween Town, and the majority of the film’s characters are Halloween characters, all of which have eerie characteristics about them.

You know, like the main character BEING A SKELETON WHO’S REFERRED TO AS THE “PUMPKIN KING.”

The movie was released in October

What did the studio think?

The movie was originally released in theatres on October 29, 1993.

Typically, Christmas movies are released in November and December.

Chalk up another point for team Halloween.

Jack is infected by the Christmas spirit

He may be the pumpkin king, but Jack is enamoured by the magic of Christmas. As soon as he sees trees, lights, gifts, and snow, he changes his entire persona to recreate the Christmas spirit for himself.

Sure, he goes about this in a very Halloween-esque way, but he’s determined to make Christmas HIS new holiday.

The director is on team Halloween

Tally up a big point for team Halloween.

Art is subjective, folks, so maybe an October viewing of Nightmare Before Christmas is in the cards? And we’ll be here to defend the age-old debate.

And if you have to throw something at us, make sure they’re snowballs instead of severed heads…