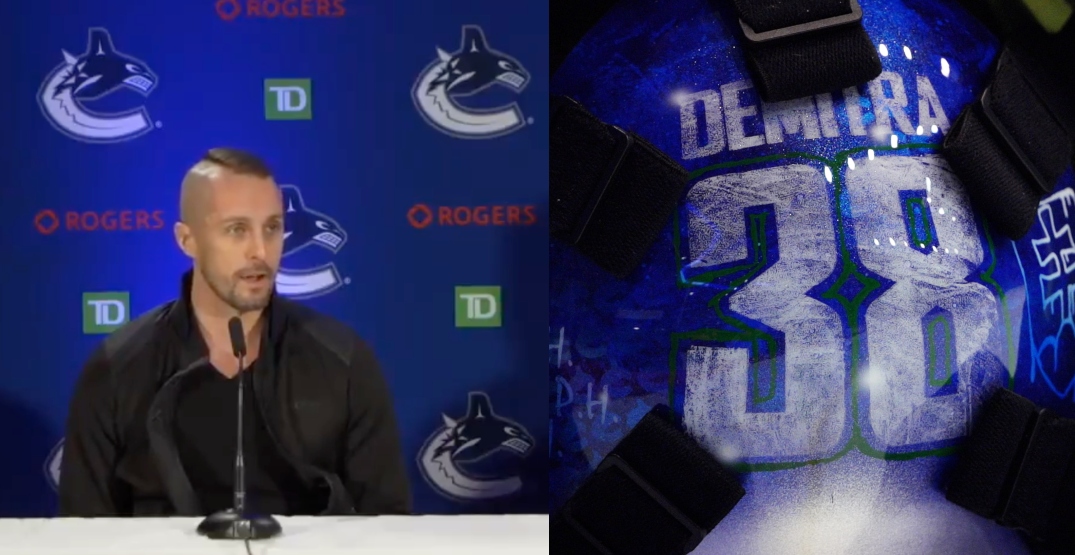 The new Canucks goalie showed off his mask at training camp in Abbotsford, with the back plate honouring Pavol Demitra.

Demitra played two seasons for the Canucks, from 2008 to 2010. He and Halak starred for Slovakia at the Vancouver 2010 Olympics, nearly earning a medal for their country.

Demitra died in a plane crash in Russia in 2011, as one of 44 victims from his KHL team, Lokomotiv Yaroslavl.

This isn’t the first time that Halak has honoured Demitra, as he did the same thing while with the St. Louis Blues shortly after the Slovak star’s tragic death.

The 2010 Olympics were the last great moment of Demitra’s great career. He led the entire tournament in scoring with 10 points in seven games, and added a shoutout winner in the preliminary round against Russia.