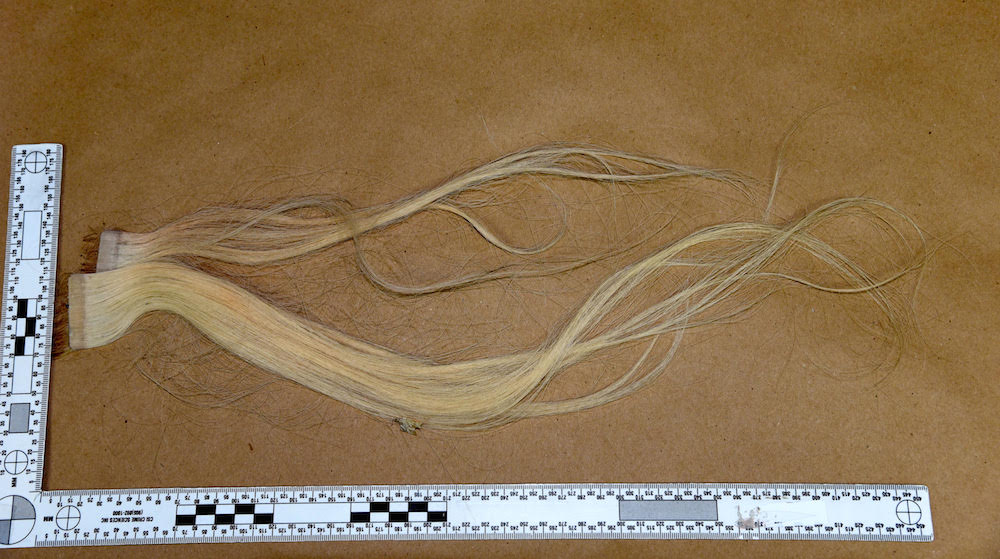 Vancouver Police remain concerned for the well-being of a woman who was assaulted in the Vancouver Westside during the early morning hours of Friday, February 17.

Earlier this evening, investigators released a photo of long blonde hair extensions found in the back lane of where the incident occurred.

“We’re asking her, or anyone who thinks they may know who she is, to contact us,” says Constable Jason Doucette in a statement. “They can do so anonymously through Crime Stoppers if they like. The most important thing is that we need to ensure that she is okay.”

Just after 2 am, witnesses reported hearing a woman scream and saw her lying on the ground in the south lane of West 10th Avenue near Alder Street. They saw a man repeatedly striking a woman and then pulling her into a vehicle.

Officers were rushed to the scene, but the vehicle fled before they could arrive. An extensive search of the area was conducted, however, police were unable to locate the vehicle or the occupants.

Police describe the woman as Caucasian, in her early 20s with a slender build and long, straight, and platinum blonde hair with bangs. At the time of the incident, she was wearing a neutral-coloured top and a black skirt.

As for the suspect, he is described as a well-dressed Caucasian male in his 30s with an athletic build. He was clean shaven with slicked-back dark hair and was wearing a long, black trench coat and blue jeans.

Investigators initially said the suspect’s vehicle was a silver coloured, luxury model sedan, but they now believe it was a solver BMW M3. However, other possibilities have not been ruled out.