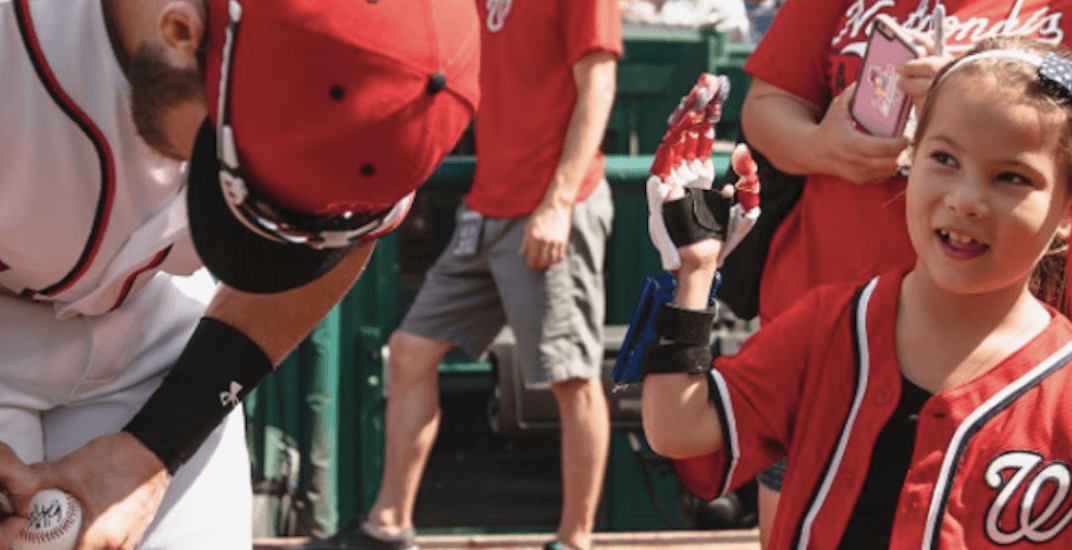 A seven-year-old girl will soon have the chance to live her Major League dreams.

Born without three fingers on her right hand, Hailey Dawson uses a 3-D printer to help her hand function to its full potential, including the ability to throw a baseball.

A Twitter account, run by her mom, made it known that it was her dream to throw out to throw the first pitch at at every MLB ballpark.

And now, after some coaxing, that list now includes the Toronto Blue Jays at Rogers Centre.

The 2018 MLB schedules are out. Hailey is ready to start pitching. Let’s do this! #haileyshand #haileydawson #roadto30

While other teams were on board with the idea, it seemed to take the Jays a little bit longer.

Hailey’s journey to 30 update. She already did 2, 27 teams responded, & waiting for 1 more. @BlueJays where are you?

Finally, Toronto’s team came through for her.

@haileys_hand Grab your passport! We can’t wait to welcome you to Rogers Centre! 🇨🇦

Hailey’s first pitch was in Baltimore in 2015, at the age of five:

Then she threw out the first pitch at a Washington Nationals game earlier this year:

Now she’s on a quest to set a Guinness World Record for the most number of first pitches. She’s well on her way, and we couldn’t be more excited for her.