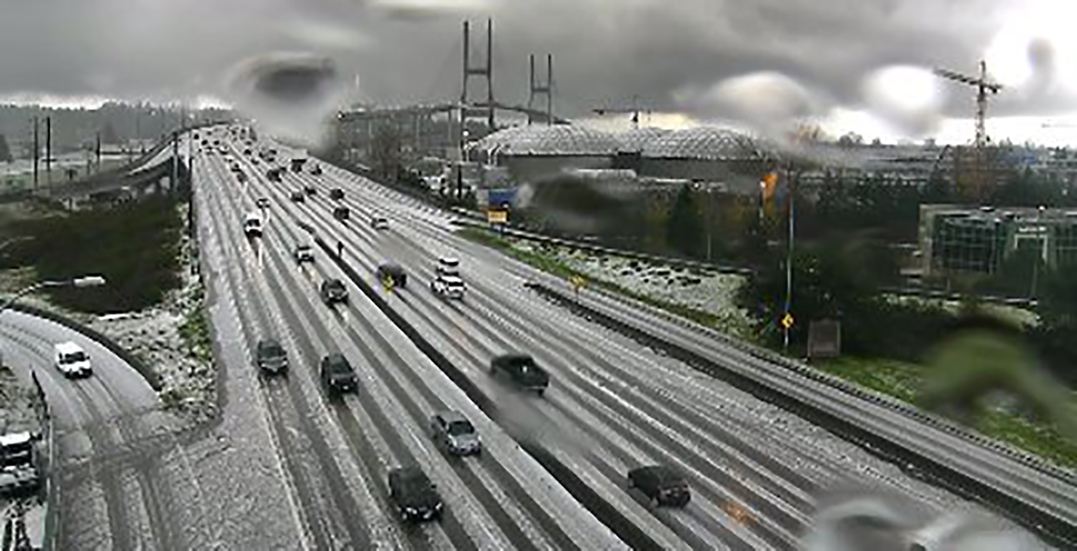 An early blast of winter weather has made its way to roads across the Metro Vancouver area, with poor weather and driving conditions causing commuter delays.

A number of photos have been shared on social media, revealing heavy hail and rainfall, as well as flash flooding in some areas.

The storm came on unexpectedly and suddenly — catching many people off guard.  New Westminster appeared to be the hardest hit.

Check out these roads before you venture outside. #newwest #bcstorm pic.twitter.com/WOcdOi4UUm 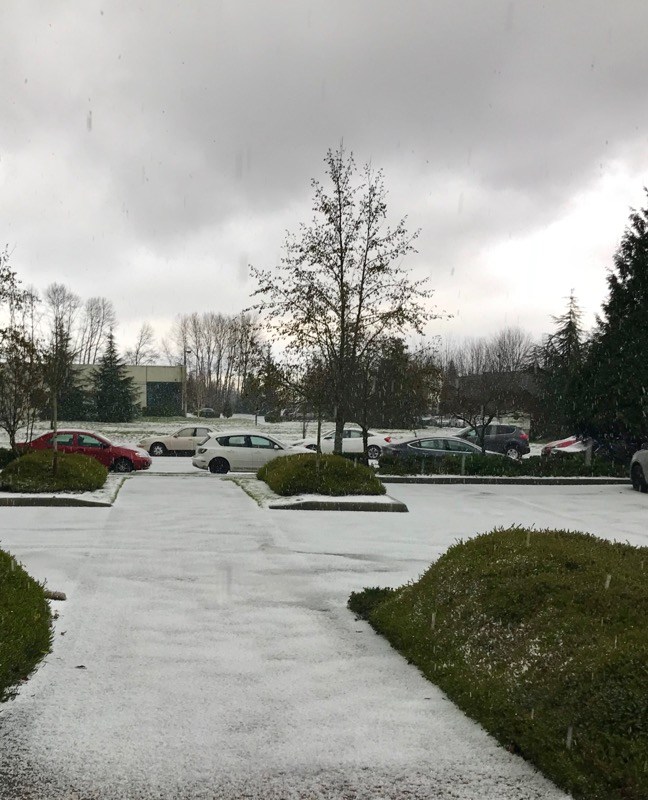 A heavy downfall of hail in Burnaby (Jasper Liu)

Be safe out there, and be sure to reduce your speed and give extra time going to and from your destination.