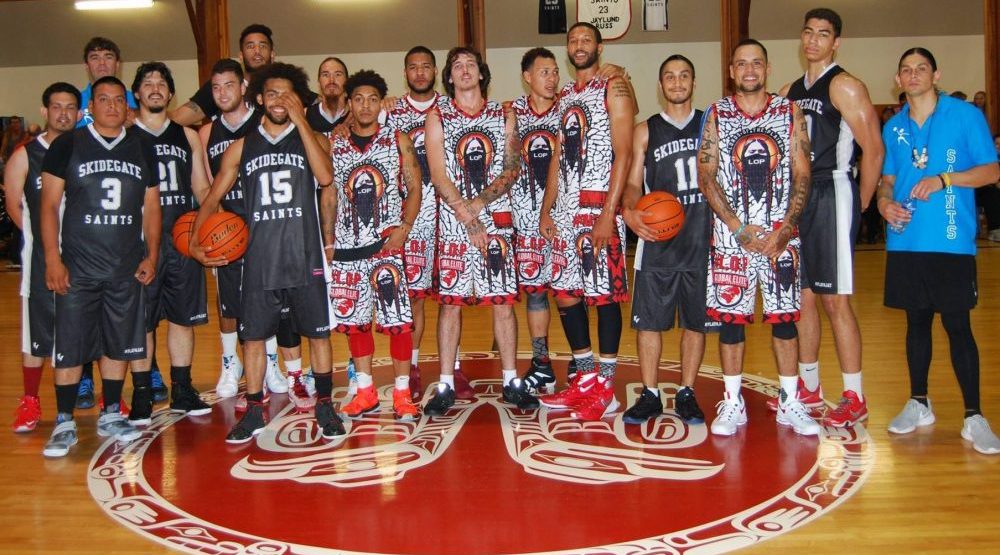 Desmond Collinson has been into basketball his whole life, and wanted to create an experience for indigenous people from across the world. He has done just that by putting together the inaugural HaiCo World Indigenous Basketball Challenge that kicks off at SFU on Wednesday and continues through to Saturday.

Collinson helped organize the tournament, and is a player/coach with the Skidegate Saints of Haida Gawaii. His team has won the popular All-Native tournament the last five years in Prince Rupert.

“It’s an indigenous tournament, meaning it’s open to everyone,” Collinson said. “As long as you’re bringing yourself back to who you are, tracing back to your history, and forming a team based on that, that’s what the tournament is all about. Everyone lives in a city, but they have a past history that tells who they are.”

The tournament will feature teams from across the world, including: Bermuda, Zimbabwe, South Sudan, Zambia, Haiti, and the United States. Collinson’s Saints team went to New Zealand last year on a cultural exchange and to play basketball. It was there that the wheels started to get into motion for the tournament.

“There are a lot of professional players participating, so it is high quality basketball. We wanted to play against good competition, but the cultural sharing was a big aspect. They took us in and housed us, and fed us. They shared who they were as people with our group and we wanted to return the favour.”

Though the team from New Zealand was unable to play in the tournament, they’ll be flying into Vancouver over the weekend, and joining the Saints on a trip back to Haida Gawaii.

A big part of the tournament, Collinson says, is cultural sharing.

“All 16 teams will come together and bring something of cultural significance. South Sudan is bringing a dance group and they’ll have singers. New Zealand will do a large set because they have dancers coming in from all over. We also have a Haida group, and we will have a local chief welcome everyone. It is a full event where you’ll see all the teams come in individually, similar to the Olympics.”

As far as the competition goes, Collinson says it is a wide open field, with no clearcut favourite.

“We have 30 to 40 pro players playing in this tournament, so there’s high quality basketball players on every team. All the teams are so different, that we don’t know too much about each other. South Sudan has no player shorter than 6’6, team Strathcona will be shorter but faster, and our team (Saints) has big and small guys.”

Collinson believes that the different heritages will also play a role in the tournament.

“That’s the interesting thing about the tounament, the different styles, how you were raised, and the culture the players were raised will be on display.”

The opening ceremony takes place at 7:30 am on Wednesday.

Games will be played in the SFU west, and the schedule for the 16-team tournament will be the same for the first three days.

All games will be broadcast online by Via Sport Media.